On January 29th, Stanford will say goodbye to Devin Banerjee, current editor-in-chief of the Stanford Daily, and on February 1st, it will wake up to its first issue, hot off the press, of the new editor-in-chief, Kamil Dada. Of course, he still has to win the Daily election next Thursday, but given that his opposition is “Mr. I.M. Fattie” and “Jackary Schwarma,” I think it’s safe to assume that Mr. Dada will be the next EIC. So, the real question thus becomes: what does this mean for the Daily? I explored his platform (yes, beyond his video slogans of “Generating innovative ideas” and “Improving our core product, the quality of our content,” he has some real substance hidden in there) to find out.

On his campaign website, Mr. Dada cites a figure on the order of “150-160,000 visits a month” to the Daily website, but believes that “this figure can easily be doubled if we move to a reliable website with more exclusive online-only content.” My response? It’s about time. The current Daily website is slow, unattractive, and has been asking me whether I use a smart phone to access the news since I first looked at the website last year. Thankfully, Mr. Dada says that he will be constructing a new website from scratch and, based on what he’s done with his own website, it seems likely that he’ll be able to ameliorate some, if not all, of these issues.

2. Some Catch-Up in the Area of Investigative Stories

In his section on features, Mr. Dada says:

For next volume, I would like to see more in-depth investigative stories that are more memorable, substantive and hard-hitting.

Although he is loath to mention directly that the Daily has a lot of catch up to do in terms of competing with the Review in breaking major stories, it’s clearly what he means. While the Review is able to crow about its recent investigative successes, the Daily has a lot less to talk about in that area. If he follows through on this goal, this could herald in a great era in Stanford reporting. The Review shows no sign of letting up in searching for new stories to break and if the Daily can join them on that chase, we could learn a lot more about Stanford’s secrets.

Citing a “unique point in our history when we are financially strained,” Mr. Dada calls for “closely examining our business model as a whole.” And part of this examination, it seems, is the elimination of writer pay. Presumably, pay for senior staff will remain intact, but basic piecemeal pay is gone. Given that the pay per article was not very high, it seems unlikely that this will have a major impact on the number of writers or their output, but it’s also unlikely to have a big impact on the bottom line. It will be interesting to see if Mr. Dada can still instill a sense of professionalism in his writers by other means instead.

Oh, and an interesting sidenote is that Mr. Dada seems to have read Tom Corrigan’s piece in the Review about the Daily’s interesting financing tricks, as he still cites the 2008-2009 FY as being the first in 10 years in which the “Daily did not break even from [its] regular revenue and regular expenses” [emphasis added]. Given that Mr. Corrigan’s piece describes a Daily that petitioned for additional funding to reduce its losses in 2007-2008, Mr. Dada must recognize that transferring funds to a subsidiary non-profit is not a “regular” expense.

Here again, the Daily is following, to a certain extent, the Review’s lead. Mr. Dada wants to increase interaction with the Stanford community, refocusing the paper on issues relevant to Stanford directly. Here, he says that a focus will be letters to the editor and “office hours” for the Stanford community as a whole. Will it work? I think that the Daily will have to break a few more stories and prove itself before it sees an increase in letters or more interest in talking to reporters.

So will the Daily be willing to focus on big issues and to monitor the ASSU? After the recent scandals, it seems like it should be a priority for what remains, at least for now, Stanford’s flagship publication. Even though the Review has taken the lead in this area, if the Daily won’t keep an eye on our elected officials, it will be a sad day for Stanford.

How much change can we really expect out of the Daily over the next volume? If Mr. Dada is successful in creating a new (working website), that alone will be a massive, positive change for the paper. However, even with that change, it remains to be seen if the Daily will actually become more nimble. This blog has covered a number of stories that subsequently appeared only days or weeks later in the Daily. It’s nothing major, but yesterday’s article is about the same study that I wrote about 3 weeks ago; back in December another Daily article covered something that I discussed (albeit more briefly) the day before. If the Daily is to really make the jump to having a digital focus, it will need to make use of that capacity and publish pieces faster.

I, at least, will be interested to see what results. Best of luck to Mr. Dada as he attempts to implement his vision. 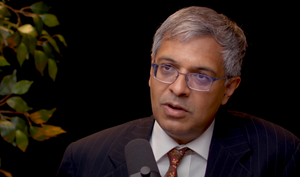