In 1917, amidst growing concern during World War I that the United States would not be able to find enough manpower for the war effort, Congress passed the Espionage Act. It included the creation punishments of imprisonment and fines up to $10,000 for interfering with military recruitment, while also restricting possession of classified information that could be used to hurt the United States. Recently, the Stanford campus has come into close contact with that law, as allegedly stolen classified documents were made 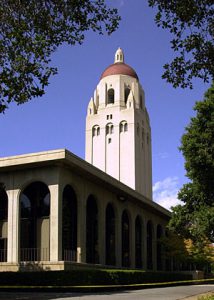 available to the public at the Hoover Institution. James Hitselberger, the defendant in this most recent case of ‘espionage’, was the federal contractor of translating documents for the Joint Special Operations Task Force-Gulf Operation, which contains a unit specializing in unconventional warfare, counterterrorism, and special reconnaissance, when he was caught last spring copying classified information on US involvement in Bahrain.

Mr. Hitselberger promised he had only taken the documents to read alone in his private residence, but a subsequent FBI investigation revealed that the documents were placed in an area of his private collection at the Hoover Institution that was available to the public. The James F. Hitselberger collection only includes, according to the Institution’s website, “broadsides, flyers, leaflets, serial issues, and sound recordings” relating to the political conditions surrounding the ousting of the Iranian shah in the late 1970s and the “post-2003 insurgency and American military occupation in Iraq”, but the classified documents were entitled “Bahrain Situation Update”. When the Review contacted the Hoover Institution for comment, they issued the following statement: “We have cooperated with the FBI in the matter of the Hitselberger papers. The papers are available to the public in the Hoover Institution Archives reading room, from 8:15 to 4:45, Monday through Friday. In light of the forthcoming court case, we have no further comment.” Upon follow up, it was clarified that the papers in question are not available anymore to the public, but the remainder of the collection is still open.

The forthcoming court case, which was referenced in the Institution’s statement, is generating some controversy for the Obama administration. A memorandum published in 2008 on the Obama-Biden transition project website promised the new administration would “strengthen whistleblower laws to protect federal workers who expose waste, fraud, and abuse of authority” because “such acts of courage and patriotism, which can sometimes save lives and often save taxpayer dollars, should be encouraged rather than stifled.” Despite those claims, the Obama administration has now charged seven people under the Espionage Act, more than the combined total of all the previous administrations since the law’s inception.

The sheer number of cases of espionage is not the only controversy, however. The President’s team is also drawing fire regarding the motivations for those prosecutions. Because the Espionage Act does not explicitly protect government secrets, pundits and journalists have criticized prosecutions of individuals who have not demonstrated any intention to use unauthorized information to harm national security. U.S. magistrate charged Mr. Hitselberger under the Espionage Act for possession of classified information that foreign entities could use to hurt the United States, despite admitting he did not “disseminate the information to a ‘foreign power.’” She also ordered him held without bond after he pleaded not guilty on October 26 because, in her words, he had a demonstrated ability to live in foreign places on modest means, putting him at risk for fleeing the country.

In a New York Times article in February 2012, David Carr accused the Obama administration’s prosecution of individuals under the Espionage Act of seeming “to have everything to do with administrative secrecy and very little to do with national security.” In light of Mr. Hitselberger’s charges, those sentiments are being echoed once again in different parts of the media. The enforcement of the 1917 law, which was notably written during an era in which espionage was far less technologically advanced than it is now, seems to be creating renewed discussion over the age-old tension between national security and government transparency.