In my house this year, I am Joseph McCarthy.

The girl next door is Joseph Stalin. According to their door signs, the boys down the hall are Karl Marx and Che Guevara. I live in Hammarskjöld, and this year’s theme is “Hammar and Sickle.”

And I am the lone conservative in a sea of card-carrying communist, long-haired, and shoeless co-op hippies.

We’ve all heard horror stories of Republicans who, by some cruel twist of Stanford housing fate, are assigned to a co-op, where they’re surrounded by vegans and anarchists. Without his 16 oz steaks and cowboy boots, he’s reduced to scrubbing the toilets like common riffraff.

But believe it or not, we have a lot more in common with Stanford’s co-ops than we may realize. At their heart, co-ops rest on the very same principles that underlie modern conservativism; just like the Republican Party, they value family and community life, as well as individual responsibility above all.

While the majority of campus enjoys the luxury of dining halls or in-house chefs, co-op residents prepare all their meals themselves. On Sunday mornings, when you’re sleeping in, we’re making sure our house is spotless – scouring pots and pans, bleaching the bathrooms, baking bread, and working in the garden.

When I hear young conservatives on this campus champion individual responsibility, it can be hard to take them seriously. Tell me, where’s the responsibility in letting Stanford’s custodial staff do our dirty work? (Or is it OK because we let our parents pay for it?)

As a conservative, I’m naturally skeptical of government handouts. I believe that society rewards those who work hard, though I understand the need for a safety net. Living in a co-op, then, is a way for me to practice what I preach: individual responsibility.

In addition, co-op residents bond through shared meals – much like a family. Dinner is ready when it’s ready, and it’s rare for a resident to grab food and dash off without saying hello. You always know who made dinner that night, and you thank them by taking the time to stay and enjoy it.

Stanford’s Republicans could all benefit from the experience of shared meals. Like many conservative young women on this campus, I someday hope to balance a career with motherhood and running my household. (After cooking four courses for thirty people, it’s hard to imagine being stressed by a dinner party for twelve.) The co-op life is an opportunity to explore the challenges of cooking, as well as the rewards of sitting down to a meal you’ve prepared for friends.

(And I have to say, I think a three-hour cook shift would do wonders for those conservatives who still believe that wives should stay at home to cook and clean. At the very least, it might instill in them some appreciation for the backbreaking nature of unpaid housework.)

Of course, there are some caveats to co-op life. If you’ve got asthma, co-ops like EBF or Theta Chi probably aren’t the place for you (…if you don’t know what I mean, just think about it). And if your parents don’t love the idea of you sharing a room with members of the opposite sex, you just might find your family’s drama splashed across the pages of the National Review.

The GOP has often been branded by its critics as a party of hypocrisy and intolerance. In the eyes of the public, we are fast becoming the party of Larry Craigs, Tom DeLays, and Mark Sanfords – a party filled with politicians who say one thing and do another. And increasingly, we are cultivating an ideology of intolerance; we are the anti-gay, anti-immigrant party, the party of Rush Limbaugh and Bill O’Reilly.

Encouraging Stanford’s rising conservative leaders to spend a year in a co-op – the most tolerant places on this campus – might be just the way to reverse this trend before it’s too late. 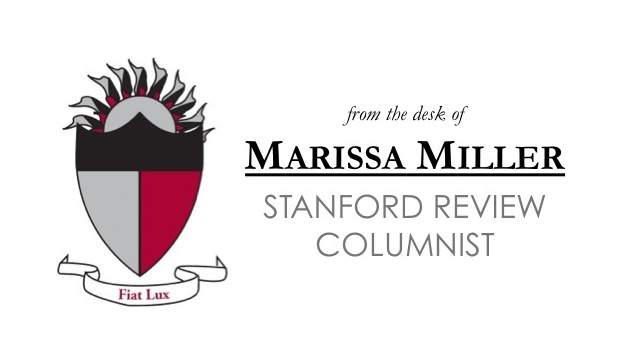