The Coalition of Concerned Students (their name, not ours!) have announced a “silent protest” of the upcoming Ben Shapiro event. Their poster claims that inviting Shapiro “put[s] the safety of Black, Brown, Trans, Queer, and Muslim students at risk.”

As ridiculous as the idea that a two-hour lecture by a conservative could endanger or physically harm students is, we at The Review support every student’s right to free speech.

However, while defending their preferred minorities, the Coalition has dehumanized Mr. Shapiro, a devout and outspoken Jew. Their flyer features a pesticide sprayer labelled “Ben B Gon,” pairing pictures of Ben Shapiro with those of insects. At best, this is a poor attempt at humor, beneath the intellectually vibrant culture we hold dear on this campus; at worst, it's a play on anti-Semitic tropes about extermination, which have a long, dark history. 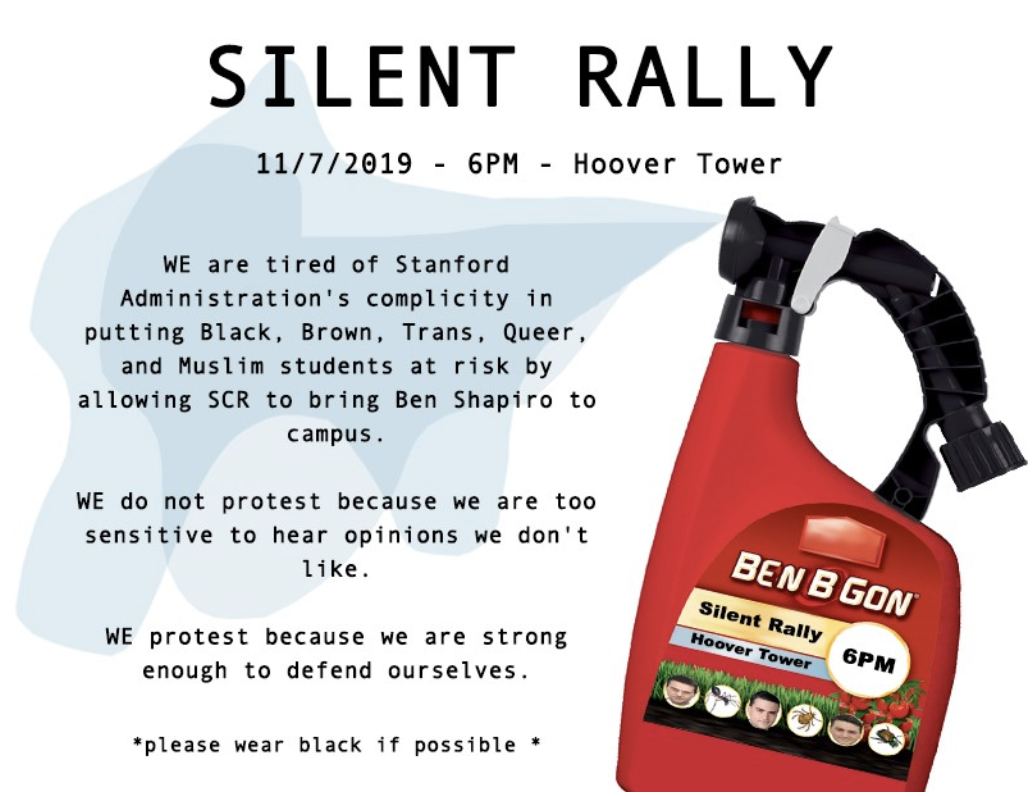 We hope that this flyer was not intended to convey an anti-semitic message. Moreover, we’ll give our friends who disagree with us the benefit of the doubt that they probably would not offer us.

Still, comparing political opponents to insects is unacceptable and lacks humanity. Campus politics flourishes when students engage with those with whom they disagree freely and respectfully.

The Stanford Review Editorial Board calls on the Coalition of Concerned students to cease using this flyer and apologize for their insensitivity to its potentially anti-semitic undertones.

Is Obama a Democrat?

Energy Intensive Bitcoin Mining: Can the Use of Renewables Answer Critics of Cryptocurrency?

Data not Guesswork: How to Handle Bias in AI

As artificial intelligence becomes commonplace in industries ranging from finance to medicine to defense, a revolution is underway. Research labs

A nation of immigrants? US immigration policy needs a fresh start