Coursera, the online education platform founded at Stanford by Andrew Ng and Daphne Koller, announced that they had begun formal 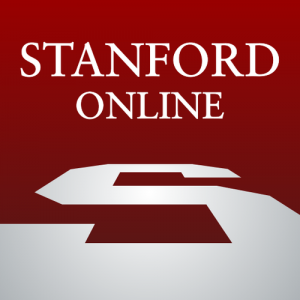 talks with the American Council on Education (ACE), the body responsible for accreditation of college-credit level courses last November. Like most “Massive Online Open Course” (MOOC) enthusiasts, I was excited by the development and the gamut of possibilities that gaining ACE credit for MOOCs would facilitate in higher education. As an undergraduate on the Farm however, my response was less assured for two main reasons.

The ability of students to count online classes toward their major and graduation requirements is a double edged sword, offering unprecedented freedom and choice in academic selection, while simultaneously fragmenting what is likely the most unifying tenet of the Stanford experience; interacting with fellow students in common classes. This problem does have its workarounds, but none that involve discounting student involvement in the planning and implementation of creditable MOOCs. Unfortunately, a void in student inclusion seems to be the current status quo in Stanford’s agenda on online education.

It may be helpful to start at first principles, given the disputable consensus on whether Stanford should allow credit for online classes in the first places. The largest upside seems to be in the sheer range of accredited academic offerings that such a move would afford Stanford students. The pure facts of the case are encouraging. As it stands today, Coursera now has 1.3 million students taking 200 courses from 32 universities, and yesterday, even began handing out verified certificates for a fee between 30 and 100 dollars. Courses like Gamification, Financial Engineering, and Networks are just three of the more popular brand of classes that are unavailable to undergraduates on campus, but can be taken through UPenn, Columbia and Princeton on Coursera. Add to this the benefit of collaboration with thousands of students across the world, merit-based visibility to employers and the flexibility of asynchronous materials, and you have a strong benefit cache in favor of creditable MOOCs.

Unfortunately, the picture is not as rosy as the numbers might suggest. A strong personal belief that I hold is that a Stanford education is as much, if not more, about interactions with fellow students as it is about taking challenging classes with leading faculty. The former is irreplaceable by online education, and the advent of creditable MOOCs needs to be managed in a way that doesn’t render the social externalities of a Stanford education obsolete. If unfettered, the proverbial dorm room student, relegated to a quarter of online lectures with little mandated interaction with fellow students is not an unlikely reality. Instead, a balanced offering of physical compliments to online materials, such as office hours for students enrolled in MOOCs, on campus sections and even occasional lectures by faculty with expertise in the same field as the online course in question would bring tangible counterweights to the inherently individual isolation of an MOOC. Understanding student needs is a crucial first step, then, in establishing this on-site infrastructure, which brings me to my second point- the reluctance on Stanford’s part to understand these needs by excluding students from the decision making process is disappointing, nay, alarming.

The University took an admirable step last year in establishing a Vice Provost for Online Learning, but nearly six months later, the exclusion of student voices in the process of “improving the educational experience for our students.” is puzzling. The university’s record in taking student opinions on administrative and academic decision making has traditionally been commendable, with students sitting in on over 50 committees that oversee the implementation of university wide policies and projects. With respect to online education however, I would urge the university to begin involving students with a more clear mandate, or at least communicate to the student body it’s rationale for forgoing a student presence.

The winds of freedom seem to have blown strong since the founding stones of the Farm were laid. It would be a disappointment, if not mistake, then to buffer those winds behind closed doors at this inflection point in Stanford’s history, as it attempts to launch successfully into the realm of technology centric education. In simple terms, the university has little to lose by including student opinion, and possibly risks much more by failing to do so.