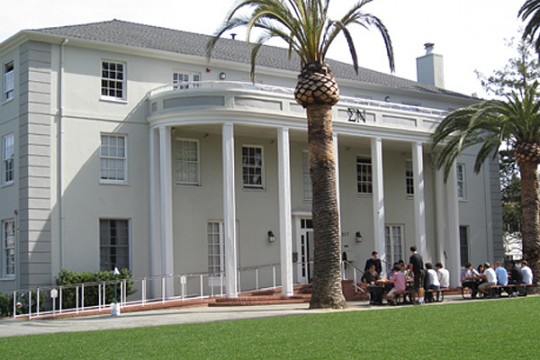 Every weekend, hundreds of students from Suites and Roble to Stern and Wilbur trek to the Row. Problem sets and labs cast out of sight, their pace quickens as the thumping of music grows louder ahead. Many of these students are headed to a party at one of Stanford’s housed fraternities. Housed fraternities provide valuable social outlets for the Stanford community however, as highlighted in a recent *Stanford Daily *op-ed calling for the removal of housed Greek life, housed fraternities also present serious problems. Issues ranging from a lack of socioeconomic diversity to sexual assault to alcohol abuse and hazing plague the Greek community and serious reform is needed. However, eliminating housed fraternities, sororities, and their massive parties is not the solution to these severe problems because this policy misconstrues many of the costs and benefits of housed Greek life.

Many proponents of removing dedicated Greek housing at least implicitly ask a valid question: why should Stanford grant some of the best university-owned houses on campus exclusively to Greek organizations, depriving nonmembers of the chance to live in this housing? Other students can draw into residences such as Xanadu and La Casa Italiana, but only Greek students are guaranteed this prime real estate. This effective monopoly on prime housing takes residential selection from the Draw’s randomized hands and places it into the outstretched hands of Rush Chairs and recruitment parties. Lines of argument such as these have considerable merit yet they are still outweighed by the merits of maintaining a Greek monopoly on certain university-owned residences.

Although Greek life does provide many benefits exclusively for members, the benefits to non-members are considerable. For example, housed fraternities provide frequent and large parties that are often open to the rest of the Stanford community. Stanford’s “partying population” is frequently concentrated within a couple houses that are pretty close to each other. This is a good thing. A few highly concentrated parties are easier to monitor and regulate than several small ones. Stanford can focus emergency personnel, services such as 5-SURE, and other monitoring mechanisms in a few places that will cover a large percentage of the partying student body. Without these central party hubs, students would likely disperse across campus and Stanford would pay the price in a decline in safety due to increased monitoring costs. It is better to have a few police cars patrol a small geographic area than to have the same police cars spread across campus forced to police several small parties at once. Some of the problems associated with Greek life, such as alcohol abuse and sexual assault, would likely become worse if Greeks lost their special housing due to a lack of supervision and geographic dispersion. Stanford students like to party and putting them in a couple close places makes more sense than spreading them out.

A proponent of removing Greek housing may agree that concentrated large parties are preferable to other alternatives but claim that new occupants of current Greek houses could fill in the gap. In other words, they may claim fraternities are easy replaceable as a supplier of large parties.

This type of claim misses a critical point: fraternities’ ability to attract large crowds for frequent parties is not grounded solely in housing. Instead, factors such as reputation and status, an organization’s willingness to have frequent events, and the effort needed to throw a big party are all essential for attracting these large crowds. Fraternities attract large crowds in part because traditionally fraternities have been a good place to party. A fraternity that builds a reputation for throwing good parties will likely help centralize parties by attracting more people. Status and reputation are essential magnets —students naturally want to party at the “hottest and best” places—  and they take a long time to cultivate. If another organization were to take over a Greek house, then these reputational magnets would probably weaken or disappear altogether. Additionally, fraternities create cultures that encourage members to promote, supply, and work parties. It is unlikely that another organization could promote this same ethos to the same degree.

These efforts help scale up and concentrate parties. It is also important to make the following point explicitly: non-Greek students do not have access to Greek housing yet they do not have to put in the same work and pay the same dues for all campus parties as Greek students. It is harder to enter the “market for throwing all campus parties” than one may think and housed Greek organizations may not be so substitutable after all.

This defense of Greek housing is not a defense of the status quo. First, sororities are not allowed to have large parties. Using the logic in this article, one may incorrectly argue that housed sororities should then be removed. However, the correct remedy to this imbalance is to remove the ban on sorority parties, not remove housed sororities. If a sorority chooses to host an all-campus party, it should be allowed to do so. Second, Greek organizations should of course be forced to self regulate and subjected to external regulations. There are no excuses for sexual assault and alcohol abuse and Stanford should crack down vigorously on these problems.

On Thursday 15 May, the Inter-Sorority Council hosted a public forum in response to protests against a Cinco de Mayo-themed

Remnants of Greek Life at Stanford

You’ve probably heard all the stories too. How Kappa had its chapter house about where Xanadu now stands, how

On Friday, the Haas Center for Public Service, the Stanford Military Service Network, and Kappa Alpha co-hosted a barbeque to

Stanford Football Players – coming to a fraternity near you. After practice on Monday, new Head Coach David Shaw announced that