A response to an article published in the Stanford Daily, “Pro-Choice is not Anti-life” by Alex Bayer. 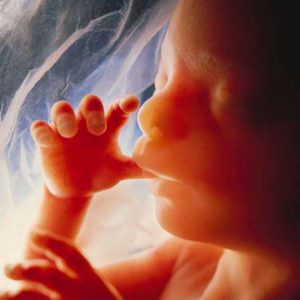 I believe that aborting a pregnancy is killing a child. That is a personal opinion and I respect those who feel otherwise. It is a value judgment people decide for themselves and until further scientific evidence indefinitely considers a zygote a “child,” discussion over abortion policies will continue to thrive.

When I hear an argument for pro-choice abortion policies, I understand the point of view, and try to sympathize with women faced with the undoubtedly scarring trauma that comes with battling the decision to abort or not to abort. However, there are always aspects of the argument conveniently left out of the conversation in pro-choice dialogue.

On February 1st, an article by Alex Bayer was published in the *Stanford Daily *arguing for pro-choice policies.  And I agree with Bayer on many points: abortion most likely affects the women involved much more than their male counterparts, women understand the gravity of the decision they must make, and their lives would without a doubt be more difficult if they chose not to abort. However, it is difficult for me to sympathize with young women who get pregnant due to carelessness.

The issues Bayer discusses in her article only focus on what happens post-pregnancy. But I want to explore how someone gets pregnant in the first place. Condoms and birth control pills are both up to 99 percent effective. When they are used correctly, unplanned pregnancy is extremely rare.

In other words, the majority of abortions in America are due to careless actions and irresponsibility. Then, these women take the “easy way out” by aborting, as opposed to dealing with the mistake their negligence caused. (As a side note, I do recognize that aborting is not an easy decision, but it is definitely easier than raising a child.)

Another issue I have with abortions is that almost half (46.7 percent to be exact) of all women receiving abortions have had an abortion previously. Not only were they careless once, but twice—or sometimes even three or four times!

Wake up! Abortion is statistically performed on women who are not taking the necessary precautions to avoid getting pregnant in the first place. Resources are available to receive contraceptives, such as condoms and pills, for free. There is no excuse.

Bayer states that, “By voting “pro- life,” a politician is also eliminating a young woman’s choice in the question of whether she’s ready to contend with this intensely demanding new life.” Well, she should have thought about that before getting pregnant. Chances are, she wasn’t being safe or prepared. By voting pro-life, we force Americans to wake up and take responsibility for their actions, and avoid the death of over 1.2 million children annually.

Women even have an additional 120 hours after unsafe sexual intercourse to use birth control. The “morning-after-pill” is an option available at drugstores across America and allows women to avoid pregnancy by manipulating the progestin levels in the bloodstream to avoid ovulation. This pill is not the abortion pill. It merely prevents pregnancy.

If a woman does unintentionally get pregnant there are other options available, such as adoption. As Bayer mentions in her article, a Portuguese woman recently made international news after abandoning her baby at the airport. “Distressed, she attempted to explain herself: ‘I can see why people must think I am the worst mother in the world… but I was so depressed… I couldn’t afford a passport for Charlie and I reached breaking-point.’ ”

This woman could have given the child up for adoption. Knowing the child would receive care from either a family or an institution must have been more comforting than leaving the child to passing airport flight attendants.

This option in particular hits home for me. A member of my family was unable to have children, and adoption was one of the greatest gifts our family could be given.

Young, unwed, unprepared women do not need to abort a child in order to avoid the struggle of raising a child. Adoption should be strongly considered by women who do not have the means to raise a child effectively. As a student, I can imagine what an impact having a child would have on my future. But adoption gives an unborn child the chance for a bright future. It also provides those who are unable to have children the opportunity to start a family.

Ultimately, there are methods to avoid pregnancy that are underused or misused by American women. Even after the fact, adoption is a better option than aborting a child. The conversation regarding abortion needs to move away from post-pregnancy decisions, and focus on pre-intercourse protection. Stanford provides information through Vaden Health Center and dorm PHEs. Take advantage of these materials, be safe, and avoid unplanned pregnancy.

*Robert Burns is a columnist for The Review.  He can be reached at rfburns@stanford.edu. *