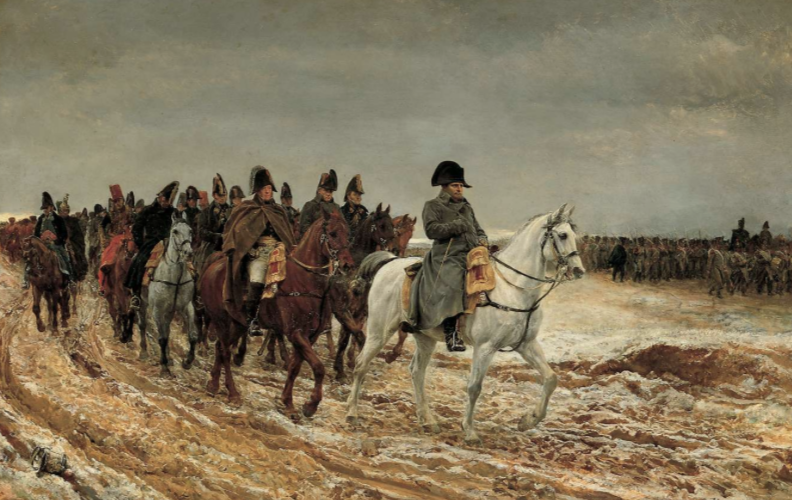 Napoleon Bonaparte faced nearly insurmountable odds during his military conquests. He fought 25,000 Ottomans at the Battle of Mount Tabor in Egypt, backed by only 6,000 French troops. He confronted the combined armies of Austria and Russia in Austerlitz. The French won both battles showing the world that Napoleon was almost impossible to beat militarily. And yet, despite this aura of invincibility, the French emperor did have a weakness: a pen. He feared written ideas, words, debate. “Four hostile newspapers,” Napoleon explained, “are more to be feared than a thousand bayonets.” A free press could undermine his carefully-cultivated visage of complete domestic support. Dissent was an institutional threat to Napoleonic France.

The Stanford Review is an institutional threat to Stanford’s herd mentality. Unlike Napoleon’s enemies, however, we at the Stanford Review assail not governments but bad ideas. We refuse to toe the politically correct line and instead present our readers with the other side of the story: the one purportedly morally superior activists dismiss, ignore, or try to hide. We fight for due process and ignore misplaced calls for empathy to supersede justice. We champion free speech, especially when it makes us squirm. We are proud to attend Stanford and to share our views, even when both students and faculty are predominantly liberal. And, this volume, we at the Stanford Review proved Napoleon’s adage to be prescient. Our articles had both local and widespread effects; they transformed the campus debate on issues such as divestment from Israel, liberal activism, sexual assault proceedings, ASSU politics, and they made national news.

Our work would be impossible without an internal culture that ruthlessly encourages informed dissent, civil debate, and high-quality writing. Civil discussions animated by stark disagreements consume our Monday meetings and insightful comments from editors vastly improve articles. I would like to thank my staff and other writers for their hard work this volume — it paid off. My Executive Editor, John Luttig, will make a fantastic Editor-in-Chief next fall. The editorial team — Eva Epker, Mackenzie Yaryura, Harry Elliott, and Elliot Kaufman — worked tirelessly to edit articles and maintain top-notch content. Investigations Editor Joseph Nicolls determinedly followed leads and Business Manager Caroline Frost did a fantastic job fundraising. Finally, I would like to thank two former Editor-in-Chiefs for their contributions during my volume. Danny O’Neel (Fall 2013) was an invaluable source of advice and Anthony Ghosn (Fall 2014) transformed the Review during his volume; without his reforms, this volume’s successes would have been impossible to achieve. Stanford’s activist community does not have a monopoly on truth, and without my hardworking staff, we could never have punctured their Napoleonic aura of invincibility. Together, we showed why the French Emperor was right to fear the press.

As my tenure as Editor-in-Chief concludes, I think I finally grasp why the Stanford Review is an essential component of campus. The reason rests in the answer not to the question “Why is the Review important?” but to a different question: why do so many Stanford students subscribe to the liberal activists’ beliefs? I formally explored this issue in other articles, but at the end of the day, the answer is simple: Stanford students fundamentally care about other people. The activist community earns compassion by adeptly victimizing itself. To them, there is always an “oppressor”, always a “marginalized community”, always some group of people that deserves our sympathy.

Sympathy and compassion transcend policy differences — they are fundamental to human nature. Our social instincts, without reservation, instruct us to support a policy that seemingly aligns with the interests of an “oppressed” group. It is difficult to oppose these sentiments, hence Stanford’s herd mentality. However, this instinct must be balanced with other considerations such as individual liberty, fairness, justice, tradition, and patriotism. The Stanford Review aims to bring these considerations into discourse and highlight the inconsistencies in a worldview grounded solely in sympathy: a perspective that permeates our campus and creates a herd of people in a race to compassion.

Although I have been part of the Review for two years, serving as Editor-in-Chief has been the most rewarding experience of my Stanford career. I am proud of my team’s achievements, and I am confident in the future of this organization. This publication stands ready to trumpet bold and well-researched ideas, to question campus orthodoxies, and — most importantly — to make our readers think. We are a threat to the Stanford community’s ideological uniformity and not even “a thousand bayonets” can turn us away. To quote the first editor’s note in our publication’s history, “The Stanford Review is here to stay.”