A screenshot of FLIP’s chatroom reveals their public statements to be dubious.

On Wednesday evening, the Stanford First-Generation Low Income Partnership (FLIP) released a response to our announcement that they had suspended a member on suspicion of writing a Review article. The post contained a number of misleading statements we feel obliged to correct. 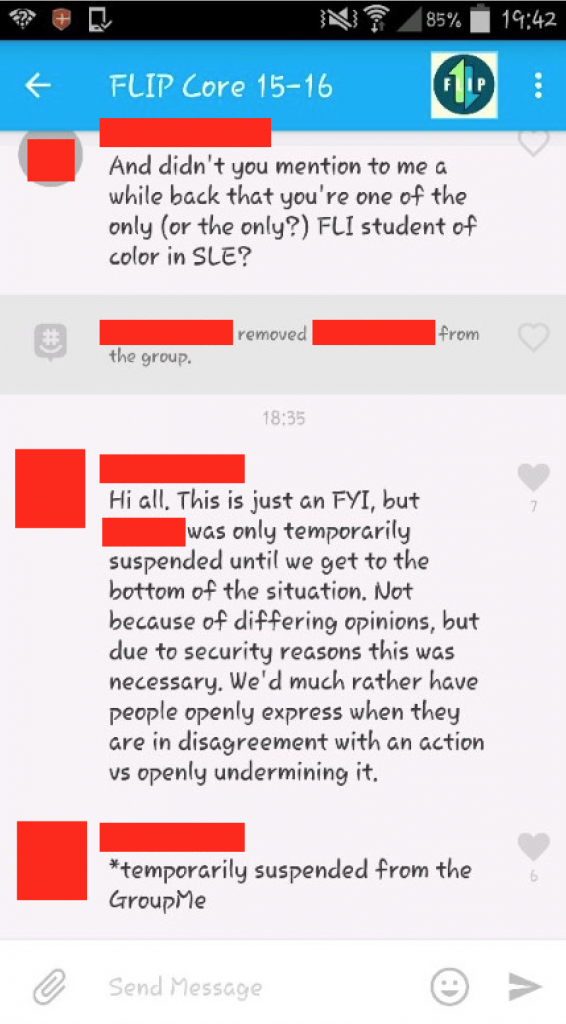 This screenshot, obtained from the FLIP GroupMe, confirms that the suspended member was removed because an article defending the West within SLE “openly undermine[s]” FLIP. This statement contradicts their contention that “differing opinions” had no role in the suspension.

It would have been impossible for the suspended member to have taken this screenshot, given they had already been removed from the group by this point. The informant who sent us screenshots has not been suspended, confirming that FLIP’s suspensions are made on the basis of ideology, not confidentiality concerns.

FLIP’s second contention is that “no members have been dismissed from the organization”, and that the suspended member “had other communication channels”. While technically the member remains within FLIP, they were kicked out of the primary GroupMe used for communications, and were added into another channel with precisely one post in it (screenshot here, with the absence of messages further down confirming this is the first and only post). It is hard to see this in effect as anything but a suspension from communications until the group reconvenes on Sunday.

FLIP’s last argument is that they had limited time, and that the suspended member was “called out […] before co-presidents could reach out”. The article commenting on SLE was published at 5:36pm, and shared in the FLIP group at 5:56pm, during which time the Review received thousands of views from across campus. The FLIP member was not suspended for nearly an hour after this period. It is difficult to believe that literally no communication occurred during this time; rather, collusion between leaders seems more plausible. On a similar note, FLIP was given over an hour to respond to our initial news piece breaking this story; two days on, they have still not replied. 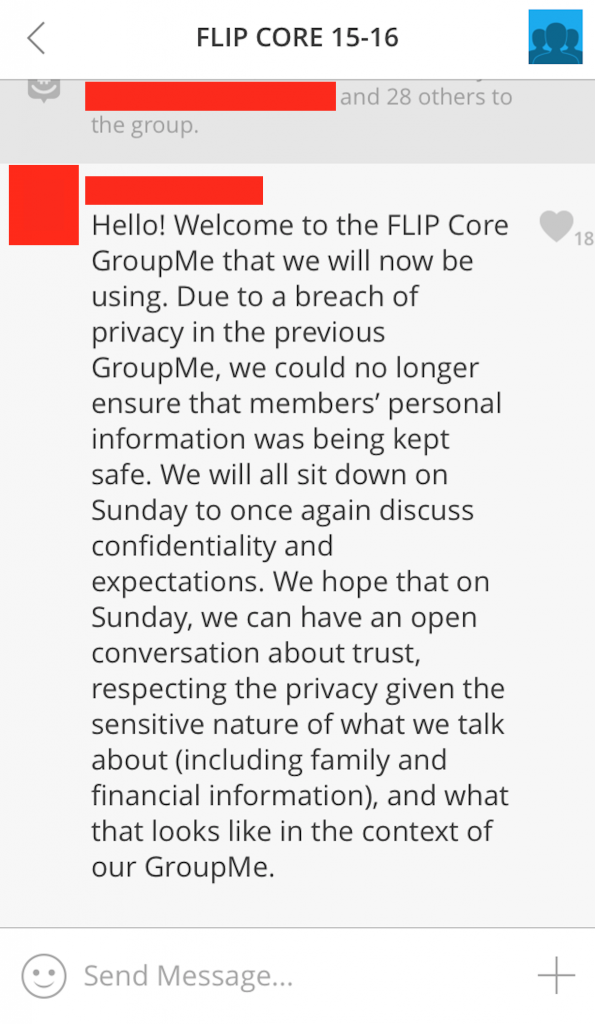 The suspended FLIP member is a low-income student of color currently suffering through incredible stress as a group attempts to humiliate and bully them into submission. The fact that they chose to publish anonymously indicates that the FLIP Core is not the supporting space it claims to be, but rather a group with the power to silence and intimidate. Trying to unmask a person who had explicitly chosen to hide their identity denies others the ability to feel safe speaking out in future. The Review was prepared to stand up for this person’s right to speak.

The member was well aware of FLIP’s positive contributions to the Stanford community, but also believed they had a right to express an opinion they considered important. It remains to be seen whether Stanford thinks similarly.