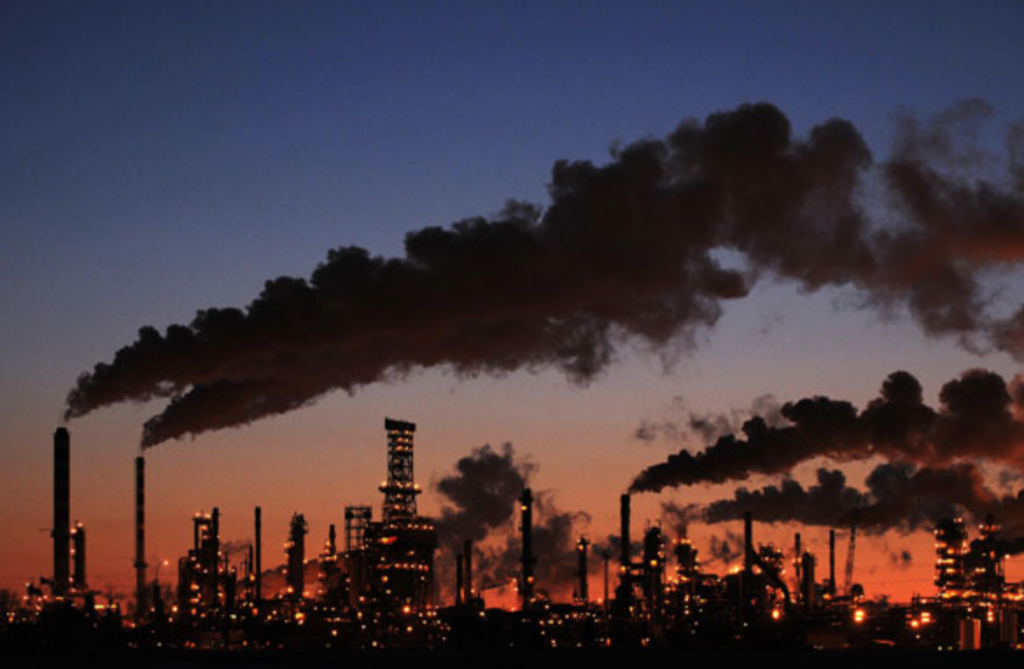 Fossil Free Stanford’s disregard of experts and the benefits associated with fossil fuels raise serious questions about the movement.**
**

On February 4th, Professor Mark Zoback voluntarily resigned from his position on the board of Stanford’s Advisory Panel on Investment Responsibility & Licensing (APIRL). The APIRL ensures that Stanford’s investments are ethical and do not lead to “substantial social injury”. While Stanford did not provide a reason for Professor Zoback’s resignation, extensive activism from Fossil Free Stanford (FFS) undoubtedly had a big role in forcing him out. This incident, like FFS’s persistent divestment efforts, showcases their disregard both of experts in the field and of the immense benefits associated with fossil fuels.

FFS made Professor Zoback’s removal from the APIRL board a priority by plastering much of the campus with flyers, staging a march in the Main Quad, and denouncing a “conflict of interest” between Professor Zoback and other members of the APIRL. The movement claims that Professor Zoback would attempt to halt university-wide divestment from fossil fuels due to a potential for financial gain through his role as Senior Executive Advisor with Baker Hughes, a company that specializes in fossil fuel extraction.

However, if Professor Zoback truly is acting out of self-interest in this matter, then why would he pursue a path that will, as FFS claims, decrease the quality of life for both himself and everyone else? Given his extensive knowledge of fossil fuels (which includes over 300 technical papers) and their environmental impact (he has “recently served on the National Academy of Energy committee investigating the Deepwater Horizon accident and the Secretary of Energy’s committee on shale gas development and environmental protection”), I doubt that Professor Zoback is acting unreasonably. Indeed, if anyone at Stanford is qualified to discuss the possible benefits and hazards of fossil fuels, it is Professor Zoback. Therefore, it is strange that the FFS movement, which prides itself on support from science and “nothing but the facts”, should want to remove from the board a world-renowned earth scientist whose research relates directly to their cause. This perpetration of a double standard through simultaneously claiming scientific superiority while attempting to remove scientific experts has gone largely unnoticed amid FFS’s flurry of moral indignation.

The movement’s disregard for scientific expertise is further accented through its eagerness to tout support from the Stanford faculty at large. The website of the Stanford Faculty Divest movement displays the signatures of over 300 tenured Stanford professors, which includes nine comparative literature professors and no faculty from the energy resources and engineering department. It is difficult to take faculty calls for fossil fuel divestment seriously when there is not a single faculty member from the most relevant discipline within their ranks.

Therefore, what rationale might Professor Zoback have for supporting fossil fuels? The purpose of the APIRL board is to address any “ethical concerns” with Stanford’s investments –  can an ethical case be made for investing in fossil fuels? As much as FFS may attempt to aggrandize the hazards surrounding fossil fuels, the facts show that the benefits of fossil fuels far outweigh these risks.

As a chemist, I can testify that fossil fuels provide the most important and bountiful feedstock of raw organic chemicals to industry. Medicines such as taxol and bryostatin —used to treat cancer— or the antiviral agent Tamiflu, which were previously unknown or unobtainable, can now be made at a fraction of their initial cost using precursors ultimately derived from crude oil.

In 1898, at the onset of dwindling supplies of guano to fertilize crops, the chemist William Crookes declared that “all civilizations stand in deadly peril of not having enough to eat”[1]. This sentiment quickly reversed upon the development of the Haber process, which used natural gas as a source of hydrogen to generate ammonia from atmospheric nitrogen. This ammonia could then be used to create the extremely effective nitrogen-based fertilizers that allow us to exceed, by several orders of magnitude, the Earth’s natural capacity for crop production.

We now take for granted many of the synthetic materials derived from crude oil even though they have drastically improved our well-being. By using synthetic materials such as kevlar and teflon, we can weatherproof buildings to withstand practically any environment imaginable, making almost anywhere on Earth habitable. In countries where buildings are engineered with these sorts of materials, the survival rate for natural disasters improves drastically.

For example, in 2005, an earthquake registering 6.6 on the Richter scale struck the Japanese town of Fukuoka. While this city is home to more than 1,000,000 people, only one death was reported as a result of the incident. Compare this to the devastating 2010 Haiti earthquake (of magnitude 7.0), which caused over 100,000 deaths. While the low mortality rate in Japan is certainly not due to building infrastructure alone, it is undeniable that structures strengthened using these materials saved an innumerable number of lives.

On the other hand, the ethical costs of investing in fossil fuels are overstated.  Most, if not all, predictions of future cataclysm made by environmentalists such as Bill McKibben, who in 1989 warned that ““[the use of fossil fuels] will lead us, if not straight to hell, then straight to a place with a similar temperature”[2], do not agree with the observed data. Over the past century, all global temperature fluctuations have taken place within 1.5°C, with trends occurring in both positive and negative directions despite an overall increase in atmospheric carbon dioxide levels toward the latter half of the century. The result is a mild warming trend of less than a degree – nothing in the way of the hockey-stick curves that we “should” be seeing[3]. Indeed, rather than the apocalyptic situation that McKibben describes, we observe certain commendable trends: a decrease in the total number of climate-related deaths[4], a drastic increase in life-expectancy in developing countries such as China and India[5] and a reduction in airborne pollution – these three trends all correlate with increasing usage of fossil fuels[6].

While I won’t make the case that correlation is direct proof of causation for these trends, it does seem reasonable that as our energy consumption increases, we can utilize more powerful technologies to improve our environment and become better equipped to deal with situations to which we were previously vulnerable.  By using fossil fuels, we can power water purification plants, conquer diseases using previously unobtainable medicines and build emergency infrastructure to better deal with natural disasters. The crucial point is that higher energy usage is fundamentally linked to a higher standard of living and that fossil fuels have been demonstrated to be the most efficient way of bridging this gap.

Fossil Free Stanford, however, seems content to push the absurdly over-simplified narrative that fossil fuels are inherently evil while forcing the removal of those with legitimate expertise. In the Daily article covering Professor Zoback’s resignation from the APIRL, the reporter interviews some representatives from the FFS movement. One member claims that Professor Zoback can’t “have an interest in the futures of [his] students” if he should advocate for fossil fuels. I disagree – if anything, advocacy for fossil fuels is advocacy for our continued advancement and future well-being. Fundamentally, fossil fuels provide a cheap and reliable source of energy and chemical feedstock, unmatched by any renewable sources. Both of these aspects have improved and still continue to improve an incommensurate number of lives in the developing world by helping to eradicate hunger, improving protection measures against natural disaster and ultimately lifting millions out of poverty. The real conflict of interest here is not between Professor Zoback and the agenda of Fossil Free Stanford – it is a choice between our future progress and future stagnation.

Stanford’s ASSU Divests from its own Legitimacy