The recent meeting at Stanford of the International Socialist Organization (ISO) has led me to reflect about how Americans view the wealthy. In a recent email, the ISO invited participants to “Build the Socialist Alternative” because “Capitalism Isn’t Working.” From the ISO’s perspective, the existence of the poor indicates a fundamental failure in the capitalist system. But while—and perhaps *because—*I wish no one has to suffer from a lack of privilege, there is no superior alternative to capitalism. Borrowing a thought from Winston Churchill, I would argue that capitalism is the worst economic system – except for all the others.

I can understand the resentment towards a system in which the wealthy fly around on private jets while others starve. But it is important to remember that the existence of both rich and poor is not necessarily causational. That is, the materially better off, by and large, are not taking money *away *from the underprivileged.  (Obviously there are some rich individuals who steal – just as there are some poor people who steal.) The ISO fails to grasp this, stating, “While millions of people around the world lose their jobs and homes, Wall Street continues to make tremendous profits.” Indeed, Wall Street has had its share of corruption, but your friend working for Goldman Sachs this summer did not take someone’s home away. In fact, without Wall Street, many employees of the financial industry would not have jobs that could be lost in the first place.

If someone makes it big in Silicon Valley by building a successful start-up, I am not necessarily worse off, as the simplistic economic language of the ISO’s email invite might suggest. In fact, the existence of a new, successful company will probably have a positive impact on my life. It expands my job-seeking options, ensures Silicon Valley (including Palo Alto) remains a nice place to live, and could create a product that I find both useful and entertaining. (How many of you are reading this on an Apple product? Exactly.)

This brings me to Mitt Romney and this election cycle’s odd obsession with his wealth. Romney has taken a tremendous amount of flack for his material success, which I find unreasonable. As members of a university known for its spirit of innovation, students (and this country in general) should be encouraging—not demonizing — successful, job-creating companies and the people who build them.

As Melissa Holiday writes in the North County Times, “twenty-nine presidents’ net worth has been over $1 million, including President Obama at $5 million. John F. Kennedy was the richest with over $1 billion.” I personally find it ironic that the attacks against Romney’s wealth stem largely from the same party that venerates former President Kennedy.

The Romney Style parody of the Korean pop hit “Gangnam Style” epitomizes the vitriol to which Romney has been subjected and is a prime example of what is wrong with this criticism of the rich. I know the parody is just that—a parody, meant for humor and good fun, but its popularity illustrates what I believe to be an endemic problem in this country – the all-too-common attitude that being rich inherently makes even an ordinary person—let alone a presidential candidate—distant at best and untrustworthy at worst.

The parody has gained significant traction in the last few weeks, featuring a Romney impersonator alternating between a horse stable, a golf course, and a large home and singing about his “conspicuous consumption.” The chorus reads: “Affluence, extravagance, that’s Mitt… Profits, investments, that’s Mitt!”  The line “I bought a mansion for each one of my two dozen heirs” is particularly heinous. From a very basic standpoint, there should be no problem with a rich man buying houses for his children and grandchildren.

But this parody also fails to show that Romney also gives a large amount of money to charity. According to Politico’s Josh Gerstein, last year Romney and his wife, Ann, donated a greater percentage of their net wealth to charity than either Obama or Biden. Romney donated 29.4% of his wealth, while Obama gave 21.8% and Biden a paltry 1.5%.

Some might argue that Romney is criticized not for his wealth but for his alleged tax evasion. As the Romney of the parody video sings, “I got large amounts / In Swiss bank accounts.” However, the mere *act *of putting money in Swiss bank accounts or investing in the Cayman Islands, as Romney has done is not illegal. Romney himself has addressed this issue, explaining in a Washington Post interview, that “…there was no reduction, not one dollar of reduction in taxes, by virtue of having an account in Switzerland or a Cayman Islands investment.” Moreover, “the conduct of the trustee in making investments was entirely consistent with U.S. law and all the taxes paid were those legally owed….”

The Washington Post gave Romney’s claim the highest possible truthfulness rating in its Fact Checker column. If Romney’s attackers have problems with his Swiss bank account or Cayman Islands investments, I suggest that they propose that Obama reform the tax code. 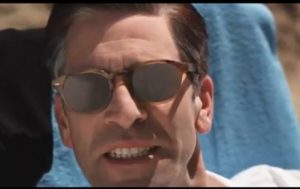 It is illogical to blast Romney for his material wealth. We should support the job creation that corporate success brings, not attack it. The attacks Romney has faced for his success distracts from this election’s most critical issues: the slow economic recovery, the potential threat of a nuclear-armed Iran, and the pressing issue of entitlement reform. Criticizing a rich Romney will do nothing to solve these issues. It merely suggests that his attackers have few legitimate reasons to criticize him.
Share this article: Share Tweet Send
No results found
↑ ↓ Navigate up/down
Enter Go to article
/ Search new term
Esc Close search
UA-140492650-2 UA-140492650-1