A Stanford in Government event illustrated the potential for technology to advance public policy. 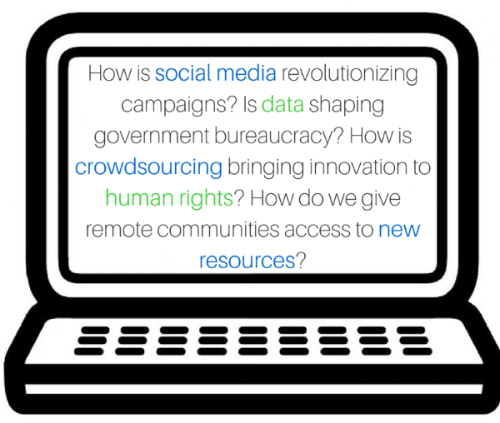 If government were a web browser, it would be Internet Explorer: slow, ugly, and inefficient. Our political systems are certainly flawed. Trips to the DMV can span a whole morning, and moneyed interest groups often seem to determine the results of elections.

But some tech entrepreneurs see this needlessly confusing and inefficient sector as an opportunity. Stanford in Government’s “Tech in Government” event on Monday night featured Nate Levine, co-founder of OpenGov, a startup that helps local governments collect and manage their data, and Mason Harrison, political director at CrowdPAC, a political fundraising and ratings site. They asked how technology is transforming politics, and how governments can effectively use technology.

Levine primarily addressed the use of data in public policy. He argued that by decreasing the cost and time of government procedures, technology can improve policymaking. Governments face complex resource allocation problems, such as formulating a budget or determining which roads need fixing, that require analyzing large quantities of data. Better tools can help them better manage their data and fashion policy using that data. Despite fiascos like the embarrassing Healthcare.gov website, governments want to use technology; when OpenGov speaks to local governments, the first three or four items on their priority list are always tech-related. But technology can be intimidating, and there are often obstacles to implementing improvements on a local level, including inertia. While the federal government relies on technology for basic functions like law enforcement, local governments could still run without technology. Government bureaucracies also don’t face the rigors of the free market pressuring them to constantly improve and compete. However, it is becoming more and more difficult not to adapt new technology: drastic increases in productivity are a persuasive selling point.

On the political side, Harrison from CrowdPAC emphasized how data tools can make politics more transparent and accessible. For example, most campaign finance data is stuck in outdated computer systems; tools to extract it and mine it can result in valuable insights. To gauge the support base of a relatively unknown candidate, we could look at the other candidates to whom their supporters tended to donate money: Harrison pointed out that if we can see that 70% of a candidate’s donors also donated to Ron Paul, we’ll have a pretty good indicator of the candidate’s political leanings. Campaigns are also now using data on what TV shows voters watch or books they read to microtarget their advertising.

It is interesting to contemplate how better data tools can result in rapid experimentation and restructuring in government. Similar to the Founders’ vision of states as laboratories for policy ideas, OpenGov envisions local governments experimenting and sharing data efficiently. (At the least, certainly more efficiently than the current listservs on which city managers recommend software and contractors to each other.) There seems to be great potential for startups to solve these problems: both OpenGov and CrowdPAC are businesses, not nonprofits. Levine pointed out that creating software solutions is expensive and difficult and thus the profit motive was necessary to attract engineers; CrowdPAC, meanwhile, makes money by taking a percentage of donations if a candidate decides to run for office after raising pledges on the site.

Stanford students tend to think technology can improve any problem. It was therefore refreshing to see technology being applied towards civic good, rather than another taxi app. The innovations of Silicon Valley might just convince government to upgrade from Internet Explorer to Chrome.

__
Disclosure: Mr Levine was formerly involved with the Review. Current Review member Brandon Camhi is an employee of OpenGov. He was not involved in the writing of this piece, and did not review it before publication.*