At the climax of David Frost’s 1977 interviews with Richard Nixon on Watergate, Frost asks, “Are you really saying the President can do something illegal?” Nixon brusquely responds, “I’m saying that when the President does it, that means it’s not illegal!”

Trivial though the comparison may seem, student government, the Associated Students of Stanford University, too often oversteps its own bounds. While not necessarily breaking the law or its own rules, the ASSU gets distracted with its own ideas of what’s important, and service to the student body suffers. Fixating on these issues of no meaning to students in turn causes us to wonder what the ASSU does, to ask what it’s been able to accomplish, and even to call it worthless. In fact, this worthlessness is what makes the Nixon comparison trivial in the first place.

The lack of a confirmation vote was especially interesting because Section 7 of the Constitution that governs the ASSU provides for a removal process of a student representative on a university committee. However, when it comes to nominees prior to confirmation, the Constitution does specifically state, “The Association legislative bodies and the Association President shall not have the power to alter the nominations of the Nominations Committee.”

I’ll leave it to readers of a higher pay grade than me to decide whether ASSU President David Gobaud violated this provision of the Constitution in his support of hard diversity ratios on the Board on Judicial Affairs. What I will say, however, is that instead of defending an actual constituent, the student whose nomination to the Board on Judicial Affairs was revoked, the ASSU chose to satisfy its own artificial goals and ideas and cozy up to a university office.

After Wednesday’s Graduate Student Council meeting, it looks as though both the old slate and the new slate will be rejected in favor of another search, this time for the most qualified candidates. The move will add finality to an otherwise confusing process that put a cloud over nominations.

It would be one thing if student government rarely took on issues that had no bearing on student welfare – or in the case of the Board on Judicial Affairs, that didn’t actively belittle a student on behalf of the University. But history suggests that the ASSU routinely ignores students for its own self-important issues.

Two years ago, when the Hoover Institution appointed Donald Rumsfeld as a distinguished visiting fellow, the Undergraduate Senate constantly debated taking an official position. In eight of the Ninth Undergraduate Senate’s twenty-seven meetings, almost one third of a whole school year, discussions about Rumsfeld figured prominently. Some argued that Rumsfeld’s presence on campus challenged our education’s moral integrity. But his appointment ultimately did not affect whether an international student could receive financial aid or students could engage in political activities outside of White Plaza.

In the interests of full disclosure, at the time, I held a different opinion. I worked with the Undergraduate Senate to develop a bill that invited Rumsfeld to come speak to the student body as a compromise between those who supported having him here and those who thought the student body could hold him accountable for his actions in the Bush Administration. Now I would even argue that on an issue that could have at most resulted in one speaking event for students, eight out of twenty-seven meetings is just too much time to waste.

As with any other year, the ASSU will face a plethora of issues that drains its time and resources yet have no direct consequence on students. For example, rumor has it that divestment from Israel, which the Undergraduate Senate defeated 3 years ago, will emerge once more. The ASSU had tried to use this highly emotional and divisive issue as a proxy to get an official position on whether Israel violates human rights. Again, important as human rights are, consider the comparative advantage: the ASSU adds nearly nothing to the wider discussion concerning Israel, yet such discussions prevents it from focusing on its main constituency, the students of Stanford University. Much more influential people can make judgments about Israel, but no one else will pay attention to Stanford students.

Thomas Paine famously wrote, “That government which governs best, governs least.” Paine’s quotation can help guide the ASSU from overextending, instead limiting itself to the issues that have the greatest impact on student life. As it considers various initiatives throughout the year, the ASSU would do well to always ask itself how much impact each consideration will have on students.

On the other hand, the ASSU could choose to indulge itself, deciding its diet of self-importance outweighs the accountability it faces to the student body. Sacrifice students to improve a relationship with a university office. Spend half of a meeting arguing whether Israel violates human rights. But don’t wonder why no one thinks the ASSU does anything, especially for the individual student.

Why, that would be awfully Nixonian of the ASSU, wouldn’t it? 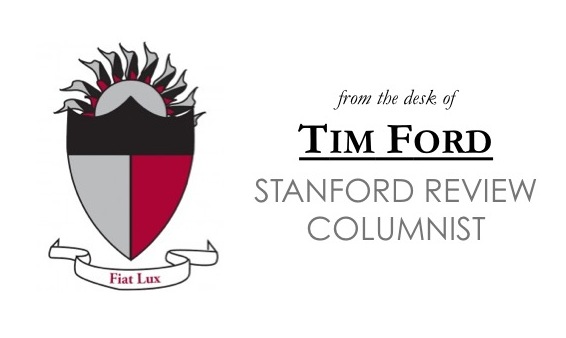