During World War II, the indigenous people of Melanesia (a group of islands off of the northeastern coast of Australia) witnessed fierce fighting between Japanese and Allied troops. Supply planes airdropped clothing, food, tents, and weapons to troops on the ground. When the war ended, these shipments ceased. Melanesian leaders sought to assure their population by promising continued deliveries. The islanders began imitating army rituals, building crude replicas of airplanes, runways, and control towers to attract gifts from the sky. But no airdrops came.

Now, Fossil Free Stanford (FFS) has set up its own runways and control towers. Last week, the Stanford Dailyreported that FFS is predicting the Stanford Board of Trustees will vote to divest from oil and natural gas by the end of the academic year.

I agree with them: there is a strong possibility the endowment will divest from its fossil fuel holdings by the end of the year, and for the sake of the endowment’s financial return, I hope they do. However, FFS risks misattributing cause and effect. If our endowment divests – as it did with coal –  it will not be because of FFS’s sit-ins, manifestos, or well-choreographed protests.

Instead, if Stanford divests, it will be because the endowment is made up of an astute group of investors. They and the Board of Trustees have a fiduciary duty to earn a return to support the University’s operations. Thus, while the endowment may still claim to consider “moral imperatives” in the decision process, it primarily makes decisions with the goal of earning the highest expected risk-adjusted return.  Since fossil fuels are the bulk of the energy industry and power the world economy, even the most morally righteous investor would consider the financial consequences of divesting from something so intimately linked to world economic growth.

Moral considerations aside, there are probably more reasons to divest than to remain invested. A brief analysis of supply and demand in the commodity markets shows that oil prices will likely continue to fall, making divestment increasingly financially sensible. On the supply side, financial markets have a general consensus that there is a global oversupply of oil. Iran, a major producer in the Organization of Petroleum Exporting Countries (OPEC), is poised to re-enter the market as US sanctions are rolled back. In addition, despite an existing glut in oil supply and plummeting oil prices, Saudi Arabia, OPEC’s de facto leader, signaled in early January that it would not decrease its production of oil. In a prisoner’s dilemma to preserve market share, other oil and gas exporters feel threatened and accelerate production, adding fuel to the fire, so to speak. On top of all this, an enormous inventory of natural gas and crude oil already exists. These factors contribute to an oversupply of oil. 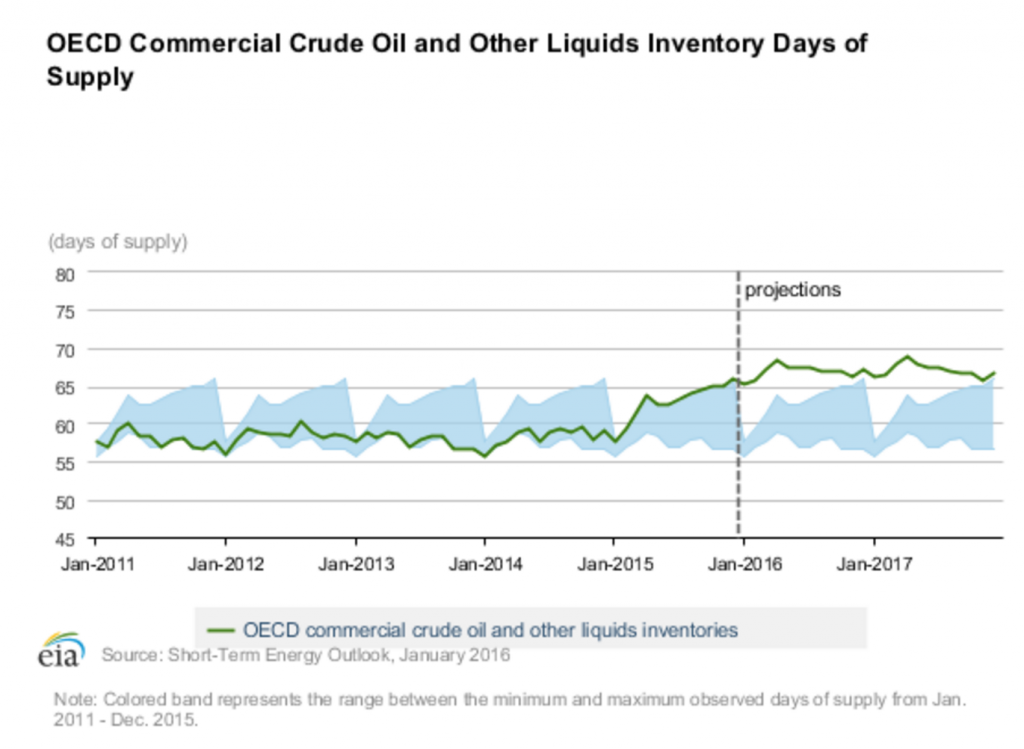 There is less consensus on demand; some analysts project demand growth while others predict declines. Nevertheless, the International Energy Agency (IEA) estimates lower global demand for commodities like oil, largely because the rapid Chinese industrialization that fueled the commodities boom has weakened in recent months. In Europe, the IEA also revised earlier estimates to reflect slowing demand.

Thus, in the face of ballooning supply and slowing demand, oil prices will likely continue to decline, supporting the case for divestment on a purely economic basis. Divestment on this rationale would cast doubt on FFS’s powers of persuasion.

Stanford’s historic divestment from coal followed a similar narrative. On May 6, 2014, when Stanford vowed to divest from coal, the decision was lauded as a commitment to the responsibility of promoting sustainability. From the press release, one might have attributed the success for FFS until one considers both the macroeconomic forces in 2014 that made coal a particularly unattractive investment and Stanford’s actions shortly after divesting. In 2014, natural gas production was soaring and oil prices had already begun declining, providing consumers with a viable energy substitute. The market noticed. From 2011 to May 2014 when Stanford announced its divestment, the coal market (as approximated by the KOL coal ETF) fell nearly 60%.

The endowment’s choice to divest was quite opportune: the coal market fell another 69% shortly after. Given the macroeconomic headwinds at the time, coal divestment must have been relatively uncontroversial from a practical standpoint; it was probably motivated by reasons other than FFS’s appeals to moral duty. If Stanford indeed divested from coal because they were “responding to student calls for action on climate by demonstrating leadership”, as FFS so triumphantly claimed, then it is quite curious that less than half a year later, our endowment invested in natural gas fracking company Rex Energy. Coal divestment’s financial benefits and Stanford’s demonstrated actions shortly thereafter do not indicate that FFS successfully transformed the moral fiber of the university.

Therefore, has FFS accomplished its goals? As I see it, divestment as a political strategy has two possible aims: (1) creating tangible positive outcomes such as reducing economic support to existing fossil fuel companies and impairing their ability to operate; and/or (2) loudly demonstrating our moral imperative to stop supporting an industry that is contributing to the destruction of our planet. Over and over the Review has refuted the idea that university divestment causes real economic change.

Even FFS conceded this point: one FFS leader recently said that “divestment is not a tactic to economically cripple the fossil fuel industry.” And since fossil fuel markets will likely further decline or remain stagnant for the foreseeable future, we can plausibly claim that if Stanford divests, it will probably be due to financial, not moral, considerations. Of course, if divestment is financially motivated, doubt should be cast on the efficacy of FFS’s calls to moral action. After all, if the intention of an action is to serve self-interest rather than moral duty, intuitively we cannot call it a moral action. At the very least, it casts serious doubts on how much influence FFS actually had in these years. So I pose the following question. If FFS can neither instigate real economic effects nor plausiblychange the moral fabric of our endowment, what will it have actually achieved, even if our endowment does divest?

This is not to say that FFS as an organization will never be able to shape Stanford’s moral authority. The markets are often cyclical: unless oil fades into oblivion as coal did, it is likely to become an attractive investment again in the mid-term future. If Stanford does indeed end up divesting from oil, the real test of FFS’s achievements will be whether Stanford reinvests when markets are poised to recover. Until then, claiming the status quo as a victory is disingenuous.