This Tuesday, Californians will vote for two ballot initiatives that look the same to the untrained eye, Proposition 30 and Proposition 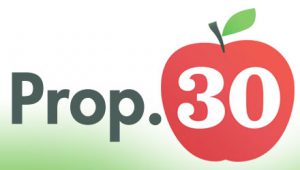 38. Rather than try to muster the two-thirds supermajority necessary to raise taxes in the Legislature, Gov. Jerry Brown put Prop 30 on the ballot, threatening massive cuts to education if it fails. Prop 38 is also a tax increase, though it earmarks the revenue specifically to education rather than trusting the politicians to direct funds there.

There are some technical differences between the two. Prop 30 would raise the sales tax from 7.25% to 7.5% and would increase income tax by 1-3% for the state’s wealthiest 3%. In contrast, Prop 38 would progressively raise the income tax across all income levels. While Brown’s sales tax increase would last four years and his income tax hike would last seven years, Prop 38 tax increases would remain in place for the next 12 years.

Which tax structure is better has probably sparked passionate debates among policy nerds across the state, but the bottom line for most voters likely comes down to these two questions: Is it more fair to tax the richest or tax us all? Prop 30 is expected to bring in around $6 billion annually, but Prop 38 is expected to bring in around $10 billion—if schools need more revenue, why stop halfway?

If we pretend the Democratic Party’s recommended Yes on 30 and No on 38 has philosophical significance and was not purely political, we know its answers to the two questions: tax only the richest and sacrifice the extra revenue. But there is plenty of room for ideologically similar liberals to disagree with this response.

The conservative response to 30 and 38 has been less interesting. High taxes are bad, and low taxes are good. Our schools don’t have a revenue problem; they have a spending problem. These decades-old arguments will resonate only with those who don’t need to hear them before voting no on a tax hike—for the most part, at least.

The anti-tax campaigns point out that California already has the highest sales tax and the second-highest income tax in the nation. You don’t have to be a Tea Partyer for these figures to give you pause. That said, the marginal cost of imposing new taxes may be low precisely because taxes are already so high. If you were ever going to move you or your business to shirk California’s higher taxes, maybe you would have already done so.

The other important conservative assertion, that schools already receive enough revenue but simply misspend, has a less obvious basis

in fact. The pro-tax campaigns have an equally powerful number to match the anti-tax rallying cry of “highest sales tax, second-highest income tax”: “ranked 47th in per-pupil spending in the nation.”

Of course, this unholy combination of statistics does no favors to the pro-tax campaigns. These are just the sort of realizations that make people loath to give more of their money to Sacramento: we tax our citizens more than almost any other state, but when it comes the state’s most important obligation, we spend less than almost any other state.

The Yes on 38 and No on 30 campaigns have been trying to capitalize on this general distrust by portraying Prop 30 as giving a blank check to Sacramento politicians to spend as suits them. Yes on 30 can do little to counter that claim. In a recent on-campus debate, for example, Dr. Michael Kirst, President of the State Board of Education and a professor in the Education School, did not recognize the importance of this worry and simply dismissed it with a wave of the hand. “I think Prop 30 will clearly keep its promise of giving money to education, and so will 38,” he said.

A better defense Yes on 30 has made is to appeal to Prop 98, the law mandating that roughly 40% of all state revenue be spent on education. But promising only this minimum is quite a retreat. Forty percent of Prop 30 revenue would amount to roughly a quarter of Prop 38 revenue. Yes on 30 had better hope its scare tactics are not too effective; if the thought of shoddy classrooms and dejected kids is ugly enough, then the campaign will—or at least should—lose voters to Yes on 38.

And there are other problems with Prop 30 for those who are willing to pay higher taxes for education. For one, according to the Legislative Analyst, almost all of the Prop 30 revenue would go to paying back “deferrals” the state already owes schools. California has a habit of delaying education payments with IOUs, and most of the “new” revenue brought in by Prop 30 would go to satisfying old promises.

As Gov. Brown’s Finance Director curtly reminded me, people called the state deferrals a “cut” to education when they occurred, so it’s inconsistent to deny that paying back these deferrals is an “increase” in funding. But achieving intellectual consistency is one thing, 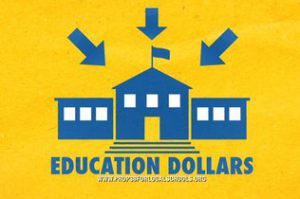 while satisfying voters whom you convinced to pay higher taxes is a very different thing. And if an increase in funding is only nominal, there’s no reason to think the outcomes will satisfy.

So-called “realignment” is another problem that should make savvy liberals skeptical. Essentially, the state has passed off certain responsibilities (mainly related to corrections) to counties under Gov. Brown. The state has also given them the funds to execute the responsibilities. Since roughly 40% of the state’s General Fund goes to education, taking money out of the General Fund to give to realignment will decrease education funding.

Until now, the fix was simple: calculate education funding *before *giving money to the counties. But Prop 30 would change the rules so that education funding is calculated *after *giving money to the counties. Around $6 billion would come into the General Fund from Prop 30, and about $6 billion would go out to counties—for education, the General Fund would just be a sieve. What’s more, Prop 30 would entrench this realignment policy into the state constitution, meaning the money going out would continue after the temporary revenues coming in stop.

“The reason a lot of people aren’t voting for 30 is that they don’t trust Sacramento,” said Arun Ramanathan, executive director of the Bay Area research and advocacy group the Education Trust-West. “You’re going to pay people money they already owe. You’re going to put money in, then take money out. I’m not sure [our elected officials] are willing to take the steps to restore public faith. The way they’ve approached 30 demonstrates that.” Like the PTA, Ed Trust-West has endorsed 38 without taking a formal position on 30.

Ramanathan also had clear distaste for Brown’s use of threats in the Yes on 30 campaign, but some liberals are simply not swayed by it. For example, Dr. Joe Nation of the Public Policy program, an ex-Assemblyman, was unequivocal: “I have no doubt that schools won’t be cut as much as threatened if Prop 30 fails.”

For all the flaws of Prop 30, many education advocates feel it is better policy than 38, especially because 38 places more restrictions on how schools can spend the new revenue. Dr. Susanna Loeb, head of Stanford’s Center for Education Policy Analysis, said, “I prefer either Prop 30 or Prop 38 to neither passing, though of the two I think 30 should pass. 38 will bring more money into schools, but 30 allows more flexibility in how the money is spent. California already constrains district spending more than do other states, probably to the detriment of schools.”

These honest disagreements among people who all believe in increasing education funding are the silver linings to Props 30 and 38. Liberals can lament that their ranks split this election cycle instead of focusing on one tax initiative in unison, and conservatives can grieve that two major tax increases ever made it to the ballot. But for once, partisanship will not be an adequate response to a question of taxes. Liberals cannot stick to their “side”—they must roll up their sleeves, research both initiatives, and pick the better policy on the merits. Could we say the same of any other election taking place this year?