The Office of Student Activities (OSA), consistently the target of Stanford students’ scorn and ridicule, has undergone a rebranding effort. Apparently dissatisfied with its status as the campus “buzzkill,” the much-maligned OSA has suddenly become Student Activities and Leadership (SAL). In an email to student VSO leaders, SAL argued that its new name “better reflects the services we provide.”

While this newspaper remains skeptical about the justification for such a major marketing effort (after all, you can put a lipstick on a pig, but it’s still a pig), substantive and important reforms appear to have accompanied the SAL’s name and flashy website. The new system will enable closer and more effective interaction between fraternities and party/event regulators. As Sigma Nu Social Chair Zach Johnson indicated, “The changes have greatly improved the transparency of the registration and party execution process.” Furthermore, the new SAL website provides far more information on the various regulations and policies imposed upon events, which should lead to more objective evaluation of those events. We commend SAL on these significant improvements over previous approaches by the OSA.

Questions remain, however. In an interview with The Stanford Review, SAL Director Nanci Howe argued that OSA/SAL’s role has been and will continue to be “communicating [policies] to students.” “We’re not the enforcer,” she claimed. Apparently Director Howe does not remember her years of countless crackdowns and inconsistent regulation of campus events.

Howe and the OSA have inconsistently enforced speech standards on campus (see “Speech Not Free at Stanford” at stanfordreview.org). They have refused to allow college adults to play on Slip ‘n’ Slides, a toy approved for young children (see Matt Sprague’s column on Page 3). They have mandated changes to the names of parties and even pushed for the elimination of Full Moon on the Quad before swine flu panic erupted (see “Ire and Vice,” a 2007 Stanford Daily column by Darren Franich). So much for just “communicating.”

Indeed, OSA/SAL’s absolute inability to see even the potential of error in its ways may be most worrisome. When asked about claims about its inconsistency in regulation, Howe remarked, “I can’t comment when people say ‘inconsistent.’ I don’t know what that means.”

Recent structural changes to OSA/SAL, excluding its name change, have demonstrated that the office is fully capable of listening to and responding to student demands. Progress has been made, and Director Howe and the OSA/SAL staff deserve commendation. But before SAL can declare victory as a fully effective regulator of student events, it must demonstrate its ability to consistently enforce policies and to treat Stanford students as adults. Allowing students to use Slip ‘n’ Slides might just be a place to start. 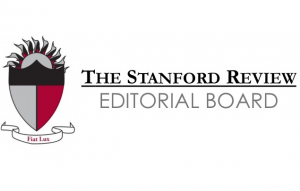