The battle over divestment from Israel continues, and this time it’s being fought with chalk.

During this year’s Parents’ Weekend, Stanford Students for Justice in Palestine (SJP) launched a campaign to convince parents to withhold donations until Stanford stops investing in corporations that SJP claims perpetuate human rights abuses in the Palestinian Territories. This campaign was a follow-up to their highly controversial divestment petition, which was ultimately rejected by the Stanford board of trustees last year.

As part of SJP’s Parents’ Weekend campaign, students chalked White Plaza with slogans such as: “Free Palestine”, “Don’t Donate”, “Your tuition $$$ funds the occupation”, and “Don’t give $$ to the oppression of the Palestinian people.” They also handed out the following letter to Stanford parents, asking for their support: 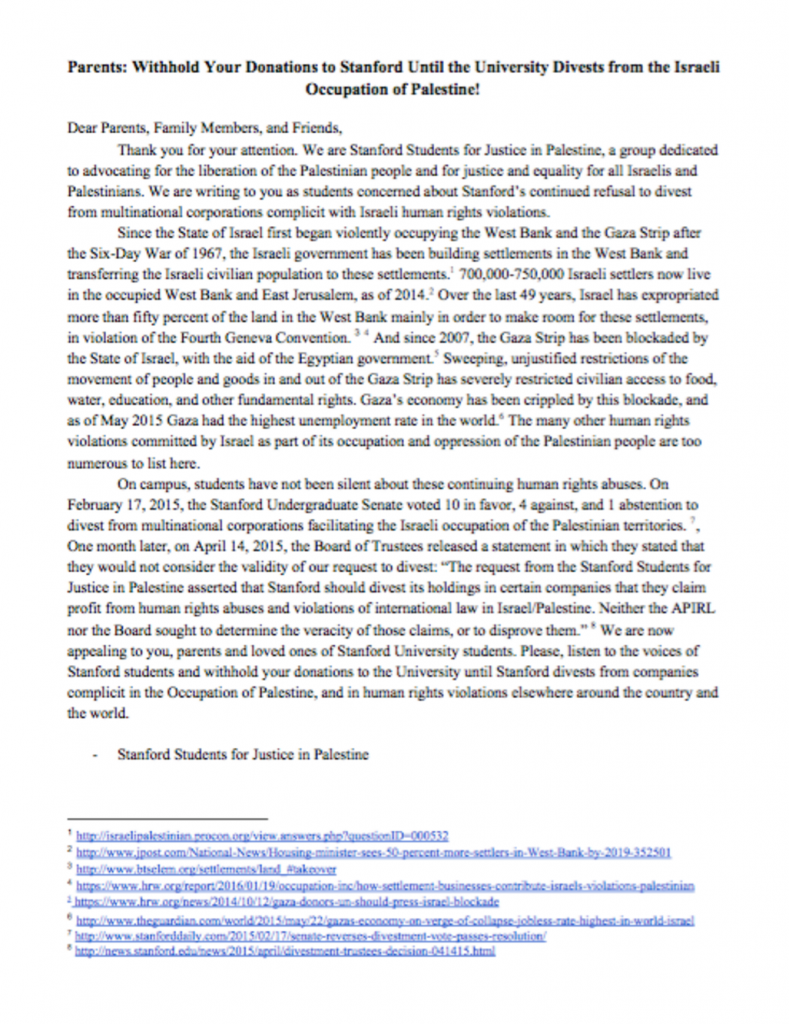 Some students, presumably from a pro-Israel group, discovered SJP’s chalkings and responded with chalkings of their own, often adding to SJP’s work and altering the meaning of their slogans. Examples included the following: 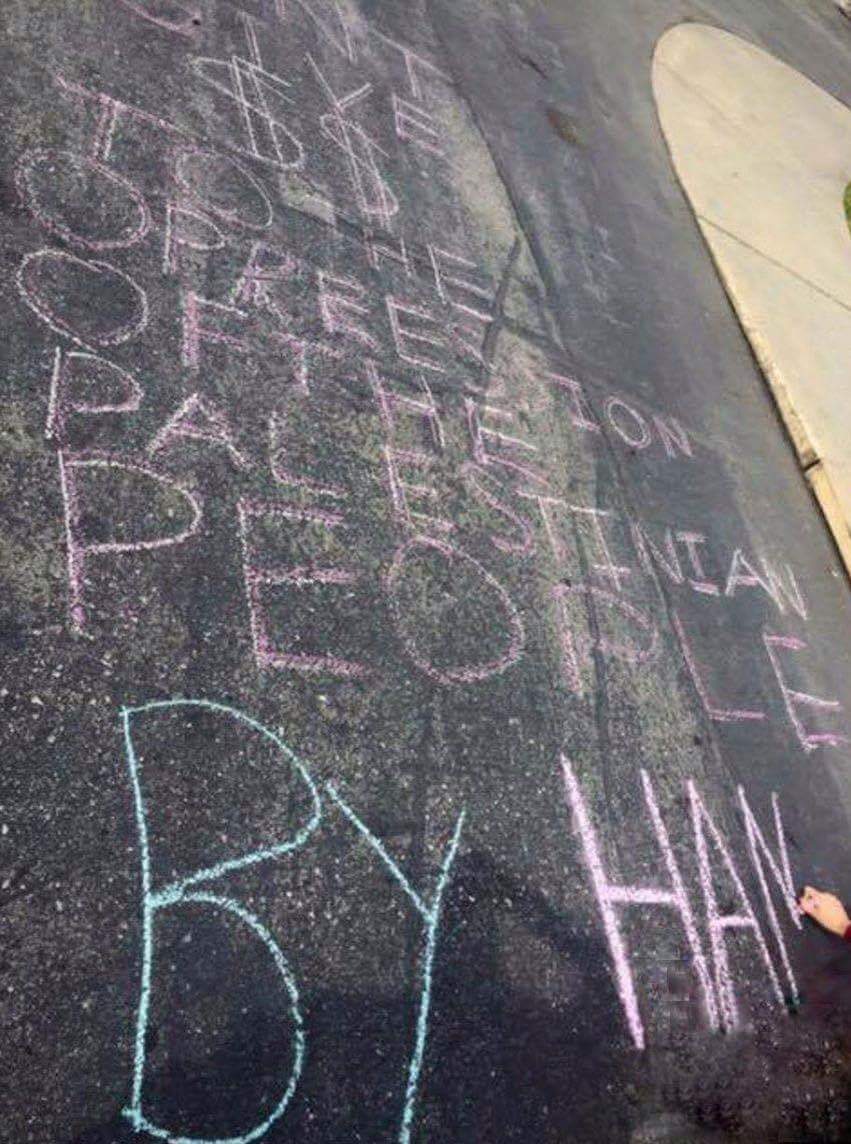 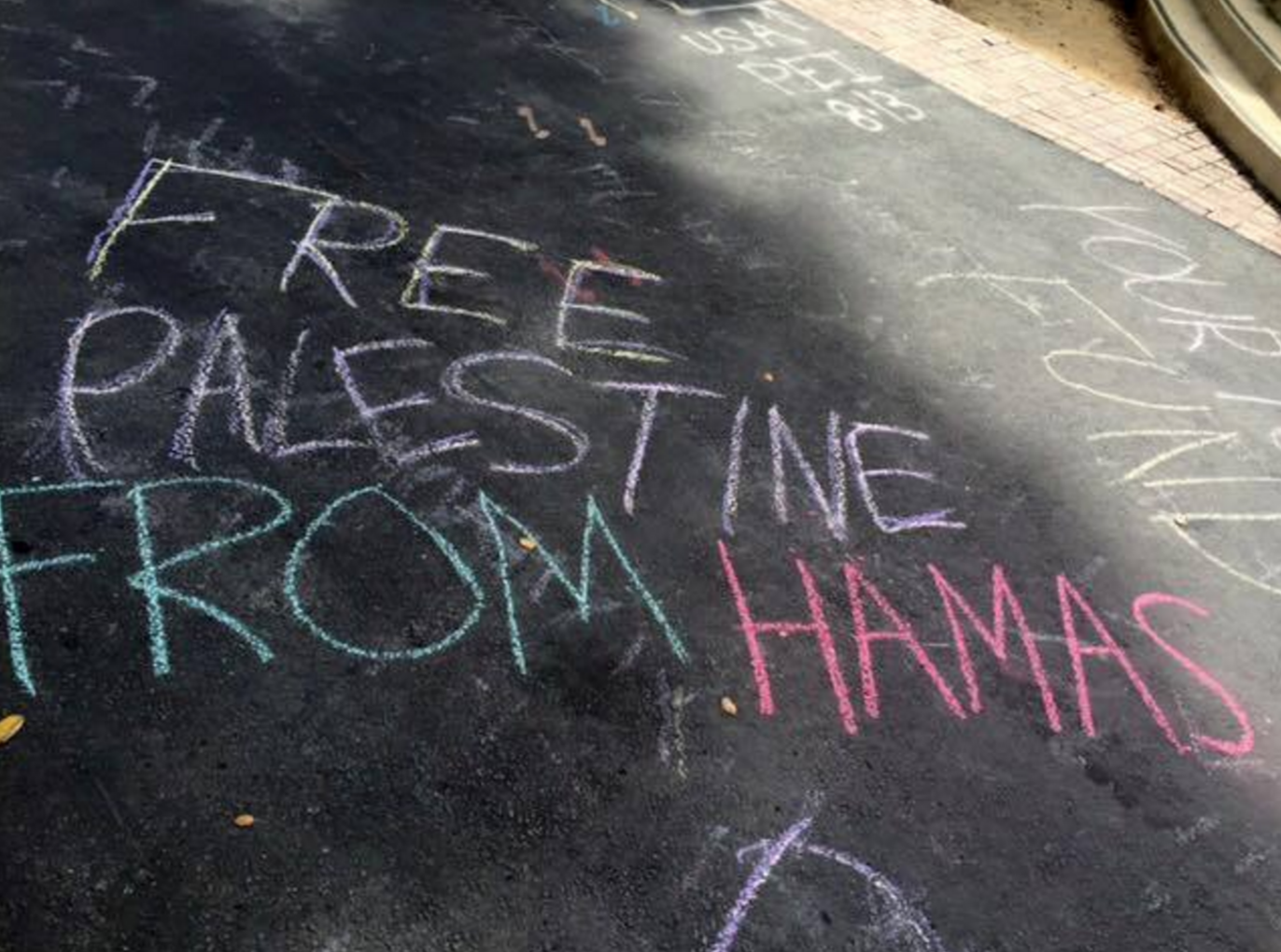 Students and community members had mixed reactions to these slogans. On Friday night, Matt Nosanchuk, the Obama administration’s liaison to the Jewish community, spoke at Hillel’s Shabbat dinner and cited the chalkings as evidence of positive political engagement. These photos were also distributed to the international pro-Israel group, StandWithUs, and received over 1.4k likes and 90 shares on Facebook. However, SJP responded critically on Facebook, arguing that “such behavior disrespects the violence happening to Israelis and Palestinians alike.” 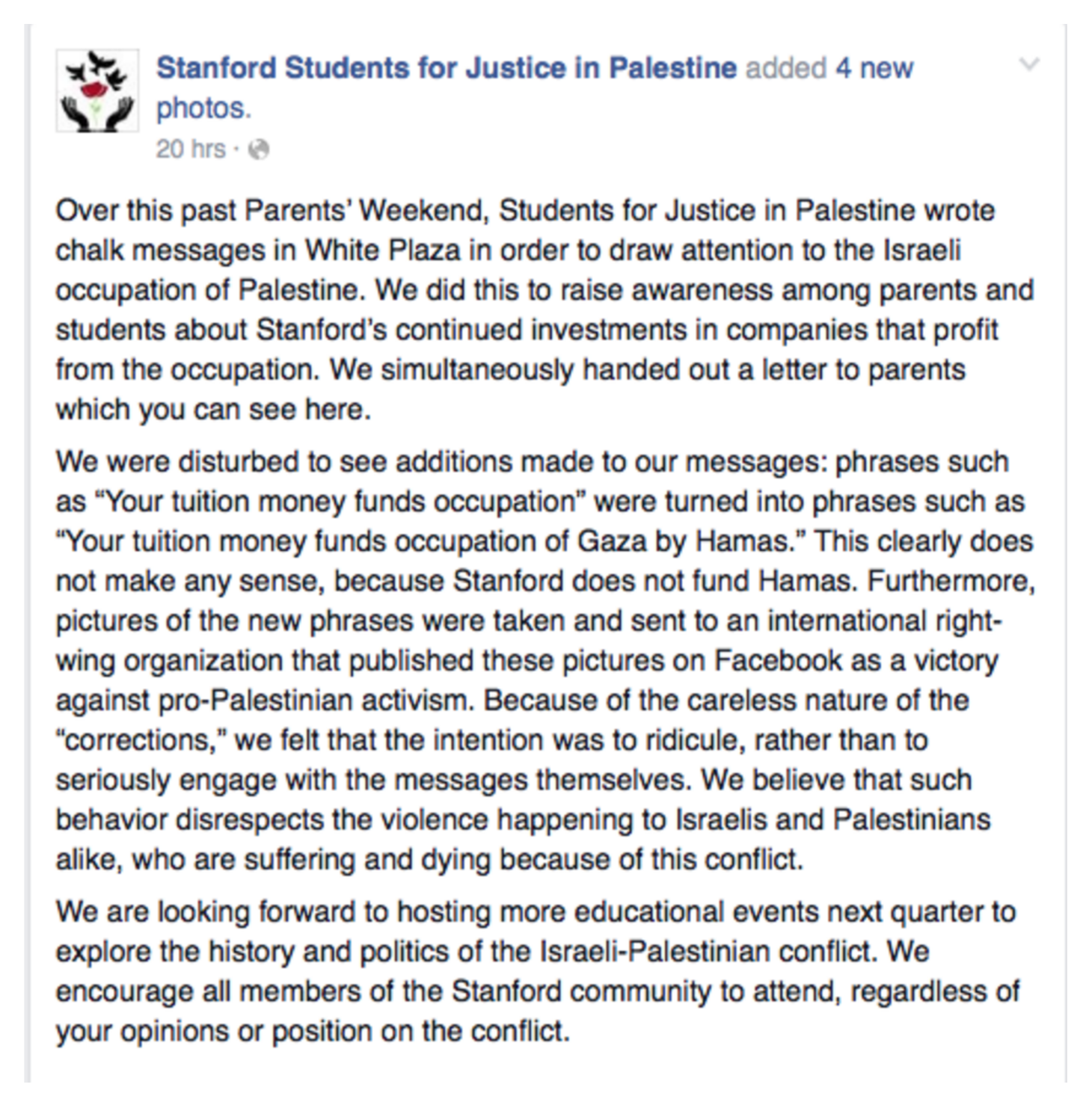 Even though the university came to a decision about divestment over a year ago, it clearly remains a heated issue. In the past year, there have been ongoing protests and counter-protests regarding the divestment issue, some of which have raised controversy. Many expect another student referendum on divestment to be brought up next fall.

Update: At the request of the photographer, one image was removed and another minorly modified.