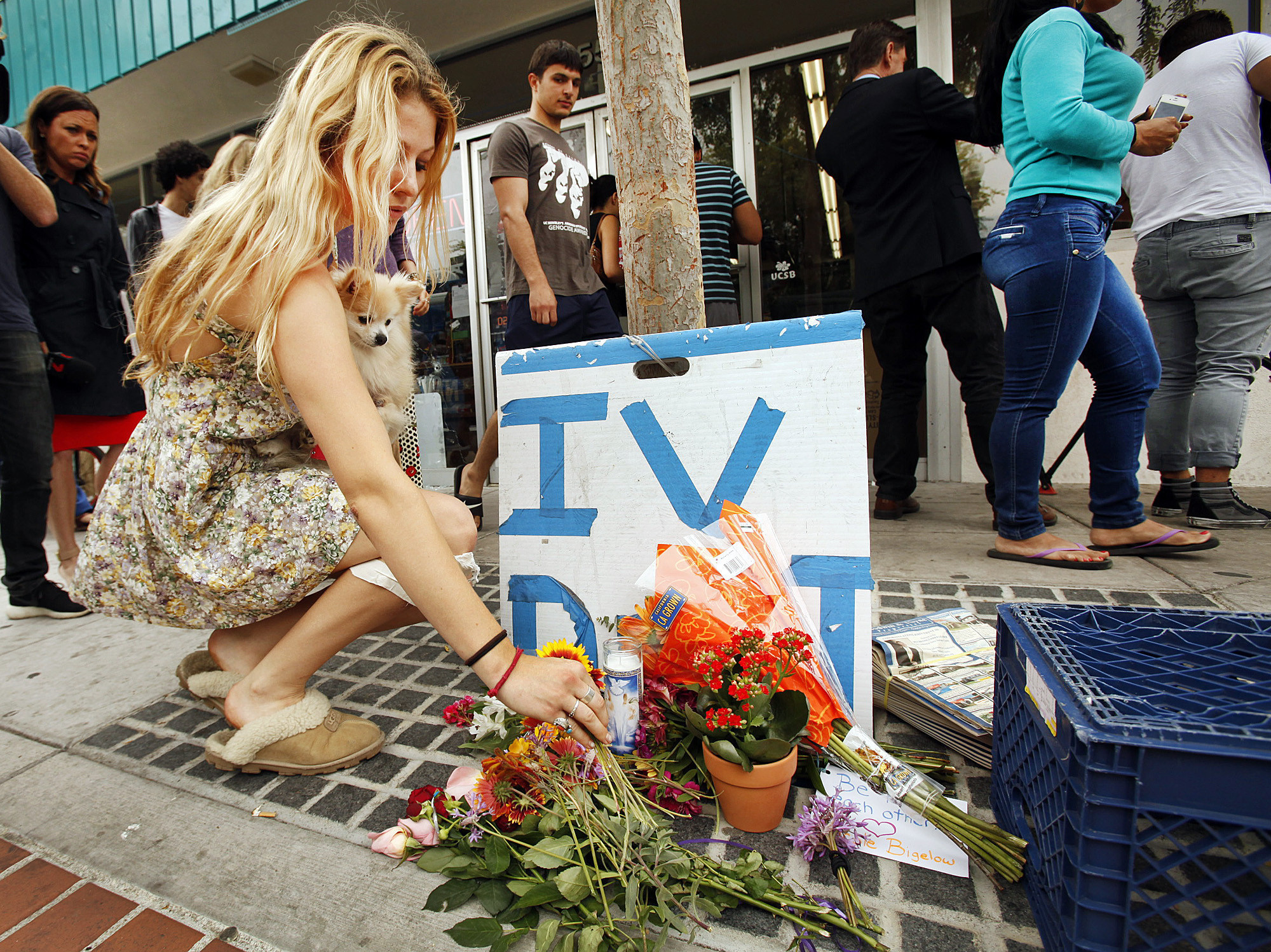 On Friday 23 May, six people were killed and seven were injured during Elliot Rodger’s horrific rampage through Isla Vista, the college town bordering UC Santa Barbara.

In a piece from The New Yorker, columnist Adam Gopnik praised a speech by Richard Martinez, whose son Christopher was killed on Friday night. Gopnik agreed, “Christopher died because of craven, irresponsible politicians and the NRA”. Many have attacked the National Rifle Association (NRA) and gun owners in response to this tragedy.

I am heartbroken for Mr. Martinez and the families affected by the tragedy in Isla Vista. I can’t begin to comprehend the horror of losing a loved one in such a meaningless, sudden way. However, Gopnik’s explanation ignores important facts about the events on Friday night and misconstrues crucial aspects of American gun culture. It is essential that we do not push policy entirely based on emotional response or mislead each other in a moment of vulnerability.

Gopnik pointed to other “modern countries”, including Australia and the UK, as prime examples of how tighter gun control laws diminish violence. However, a closer look at the statistics paint a very different picture.

The article pointed to Australia as the clearest case of strict gun control. Following the murder of 35 tourists in 1996, Australia’s parliament passed the National Firearms Act, a landmark gun control legislation which banned all semi-automatic rifles and set in place other stringent regulations. A 2003 study by the Brookings Institution found that firearms-related homicides declined by just 3.2 percent following the ban.

The UK offers an even more stark example. In 1996, a mass shooting of a Scottish schoolhouse resulted in a major tightening of gun control laws, and the Firearms Act of 1998 effectively prohibited all handguns. In the decade following these events, the total number of firearm offenses in England and Wales rose by 89 percent.

In 2008, a Harvard study comparing international gun laws showed that getting rid of firearms doesn’t necessarily mean there will be a dip in serious crimes. In fact, the study noted correlations that areas within nations with stringent gun controls tend to have much higher murder rates than those that allow guns in a similar area.

“International evidence and comparisons have long been offered as proof of the mantra that more guns mean more deaths and that fewer guns, therefore, mean fewer deaths,” the researchers wrote. “Unfortunately, such discussions [have] all too often been afflicted by misconceptions and factual error and focus on comparisons that are unrepresentative.”

Furthermore, the story painted by the media is extremely misleading. The tragedy has been categorized as a “mass shooting” throughout the news, ignoring the fact that the many of the victims were stabbed or hit by Rodger’s car rather than shot.

Gopnik argues that knives and cars, which can also be “instruments of death”, should not be banned, because “these things were designed to help people do things other than kill people.” He continued, “‘Gun control’ means controlling those things whose first purpose is to help people kill other people.”

Fortunately, there are many guns whose first purpose is not “to help people kill other people”. In law enforcement and self-defense, guns’ primary purpose is as a defensive tool against perpetrators rather than “to kill other people as quickly and as lethally as possible”, as Gropnik claims. Firearms are used 80 times more often by law-abiding citizens to defend themselves against criminals than they are used to take lives, and as many as 200,000 women use a gun every year to defend themselves against sexual abuse. Furthermore, many firearms are designed specifically with recreational shooting and hunting in mind, neither of which are homicidal.

It is understandable that people believe guns to be inherently violent and abusive; news reports focus almost exclusively on criminal misuse of firearms, and for those who have little exposure to guns it is easy to assume that they can only be used for harm. It is a natural impulse to hunt for someone to blame in the aftermath of a tragedy. However, in deciding policy, it is important to set aside these biases, reflect upon reality, and consider alternate perspectives on the role of guns in society so we can move forward as a community and respond effectively to such a tragic event.