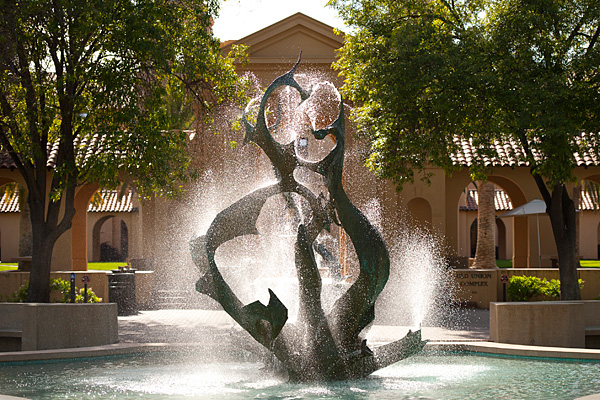 On April 30th, the Associated Students of Stanford University (ASSU) Constitutional Council heard its first case in a couple years.. The Stanford Anscombe Society claimed that the Graduate Student Council (GSC) violated Anscombe’s free speech rights when it revoked $600 in funding for a Communicating Values Conference that was held in early April. The event was designed to teach advocates of “traditional marriage and family values” how to defend their position and promote campus dialogue. The conference generated significant controversy on campus and even attracted national coverage. More information on the facts of the case is available in Stanford Review’s News article on the issue. Anscombe has asked the Constitutional Council to find that the GSC violated the ASSU Constitution’s freedom of speech provision by revoking funding for the event. The Constitutional Council is deliberating and will issue a decision within days.

While Anscombe has some valid concerns, the organization’s complaint on free speech grounds is misguided from a legal perspective for several reasons. First, it incorrectly states that First Amendment case law controls the Constitutional Council’s interpretation of the ASSU free speech clause. Second, some Anscombe supporters have suggested that a California law extending some First Amendment protection to private schools applies under these circumstances when the statute’s language suggests otherwise. Third, the complaint cites Supreme Court case law that applies the First Amendment to public university student fee allocations. Even if the cases do apply to private schools via California’s legislation, the complaint misstates information about ASSU general fees that nullifies the key elements from the cases it cites. Students can debate the efficacy of GSC’s decision, yet it will be clear that the GSC did not violate any constitutional or statutory laws.

Anscombe’s complaint describes how the ASSU Constitution’s free speech clause “is identical to the First Amendment of the United States Constitution”. There is even a footnote that shows how the two speech provisions are almost identically worded. The complaint uses this resemblance to proclaim that the “fundamental principle of freedom of speech […] is that governments may not deny benefits to students based on the content of their speech”. Anscombe is certainly entitled to cite Supreme Court First Amendment case law for its potential persuasive value, as the provisions are similarly worded. However, Anscombe incorrectly presents these cases as binding instead of potentially persuasive. Anscombe is free to argue that the Constitutional Council should use federal cases on principle, but it overstepped when it claimed that the Constitutional Council must use them. The Constitutional Council is free to apply federal precedent when interpreting the ASSU Constitution but it is not required to do so because Stanford is not a government entity; it is a private institution. Similar wording is not enough to make restrictions on government activity apply to Stanford.

Similarly, some Anscombe supporters use California’s Leonard Law to apply federal and state speech protections to private schools. The 1992 law bars private schools from “subjecting any student to disciplinary sanctions solely on the basis of conduct that is speech […] protected from governmental restriction by the First Amendment to the United States Constitution”. This statute was designed to ban private schools from punishing students for the content of their speech. If Stanford accused Anscombe members of violating the Fundamental Standard—Stanford’s code of conduct—and expelled them merely for speaking out against gay marriage, then Anscombe would have a case on Leonard Law grounds. But the GSC did not violate the Leonard Law when it refused to fund Anscombe. At no point did the GSC discipline Anscombe for its views. The GSC merely chose not to actively support its speech. Furthermore, only the University and not the GSC can actively ban speech or discipline student. The Leonard Law is narrowly written to prevent private schools from punishing student speech but it does not apply every single Supreme Court First Amendment case to private schools.

Even if one believes the Leonard Law does apply in this case and therefore Anscombe can claim that Supreme Court public school funding cases are binding to California private schools, the precedent they used still does not apply to this case. First, the complaint cites Rosenberger v. Rector and the University of Virginia 515 U.S. 819 (1995). The opinion describes how student activities’ funds in public schools must be distributed in a viewpoint neutral manner. In other words, if a student government funds political events, it must not discriminate on the basis of ideology. The complaint applies this logic to the GSC’s decision. Anscombe also references Board of Regents of the University of Wisconsin System v. Southworth, 529 U.S. 217 (2000). The Supreme Court held that all public school student funds must be viewpoint neutral. Anscombe believes these opinions support its complaint.

In Rosenberger, the University’s student activities fee was mandatory. The Supreme Court specifically ruled in Southworth that mandatory fees must be appropriated in a viewpoint neutral manner. Anscombe claims that the ASSU collects funds “through mandatory student fees, [and] must distribute such fees in a viewpoint-neutral manner”. These cases may appear to fit Anscombe’s situation perfectly, but there’s a problem. Stanford’s fees are not mandatory. The ASSU Constitution specifically states that “Any member of the Association shall be entitled to a refund of at least the amount assessed in support of the entire, or any portion of, any General or Special Fee”. Students can opt-out of general fees and this distinction, ignored by Anscombe, makes their claims less compelling. The Court stated in Southworth how “viewpoint neutrality is the justification for requiring the student to pay the fee in the first instance”. The two are inseparable and, without a mandatory fee, there is no First Amendment obligation to fund all viewpoints. We can debate the policy merits of selectively funding viewpoints, but the GSC did not violate free speech as a legal matter.

Anscombe alluded to grievances beyond free speech violations in its complaint. It claimed how students “paid the general fees believing that the ASSU would subject the funding requests of any student group” to the same fair standard “as required by the ASSU Constitution and demanded by the Statements of Purpose.” In other words, Anscombe alleges that the GSC breached an implicit contract it made with students while soliciting general fees. But a closer look at Statement of Purpose for Graduate Student General Fee [GSGF] tells a different story. Article III, Section 2 of the GSC Bylaws describe that “the purpose of the GSGF shall be to fund the basic operating and programming expenses of graduate student organizations.” There is no clear statement about which types of student groups must be funded. A group’s status as a graduate student organization is necessary but not sufficient to receive funding, and it is up to the GSC to determine which groups to fund. Additionally, if one feels the logic that the Supreme Court’s holdings do not apply to the ASSU Constitution, then funds do not have to be viewpoint neutral.

Free speech is of paramount importance in a society, and this is especially true at an academic institution. However, no matter how noble the end, misapplied precedents and shoddy logic cannot be used to support a judicial decision. Free expression is vital, but so is the rule of law. Laws are laws, and a society cannot twist them to achieve otherwise desirable goals.