The “Stanford bubble” is a term often used to describe the apparent disconnect Stanford students feel with the world outside of the Farm. But the term also accurately describes the disinterest many students have about the way in which this university is run.

There are many viewpoints that could explain the lack of participation in the University policy arena.

“I can’t name a single success students have had in achieving change – it seems to be a useless battle.”

Admittedly, large successes have been few and far between. But look no further than the budget cut debate last year (which resulted in a mostly successful dialogue with the University over student priorities during the budget cut process) or the somewhat less serious outcry on the installation of unusable “low flow” shower heads two years ago (which through the powerful voice of students resulted in a high flow shower in every dorm) to see that such successes are possible.

“There aren’t many opportunities for students to get involved in the operations of the University.”

There are in fact a variety of ways in which students can and do get their point across. Boards selected annually by the student run Nominations Commission inform many aspects of university/student interactions. Striking examples, such as the housing “Draw Reform” committee, have implemented significant change.

Those who do not participate in such official capacities have arguably a *more *important role: namely, pressuring those who represent our interests and ensuring that they are fulfilling their duties.****Some of the most important work the Undergraduate Senate pursued last year was advocacy that began with the demands of students. Examples include Students for a Sustainable Stanford’s effort to ensure that the university publishes its promised emissions reductions targets or a push for extended and more clearly-defined open hours at the swimming pool.

“I already have a full plate, and these issues don’t really affect me.”

The honest truth is: these tangentially related issues do matter (and not only because of a vague notion of citizenship in the Stanford community). The reality is that university policy has a substantial impact on nearly every component of student life.

For instance, the annual $500 Vaden Health fee levied involuntarily upon every Stanford student is an inexcusable abuse of power. It sets an unhealthy precedent that budget gaps can be filled by arbitrary fees with little or no input from the student body. Consider that there is already a “health-insurance mandate” at Stanford. The Vaden fee amounts to over $7M in *additional *costs borne by all students for services they do not necessarily want and did not formally vote for.

The impact of university policy is not limited to financial matters but can also affect the social lives of students. For example, last year as a Toyon RA, no fewer than three housing supervisors informed me that Slip ‘n Slides would not be permitted at a spring barbecue event. It is an insult to students that the administration has deemed students incapable of using a common toy approved for use by four-year-olds.

Furthermore, it underscores a concerning trend of university policy, which has increasingly constricted the activities of students and groups. In a somewhat humorous manifestation of these constrictions, the OSA’s (now called SAL) enforcement of rules forbidding event names referencing alcohol have caused events such as Kairos’ “Wine and Cheese” to be registered as just “Cheese”, or Phi Sig’s “Bar Night” as “Night.” Each one of these obnoxious and ridiculous regulations by itself could be forgiven, but at what point does the combination of them negatively impact the quality of student life?

Beyond questioning and fighting against University policies, there exists much room for students to spearhead dialogues to create and improve existing policies. For example, RAs play a key role in dorm experiences – but last year, no survey of students was conducted to ensure that RAs were living up to student expectations. Beyond the lack of accountability, this oversight was a lost educational opportunity for RAs and administrators alike.

There is no doubt that challenging and creating dialogue over common University and student practices is a tough proposition, and success is not guaranteed. However, I would argue that it is our civic duty (and in our self-interest) as members of Stanford to speak out and make our voices heard. Students can shape University policy, but only through the continued pressure and input from true citizens of this community. 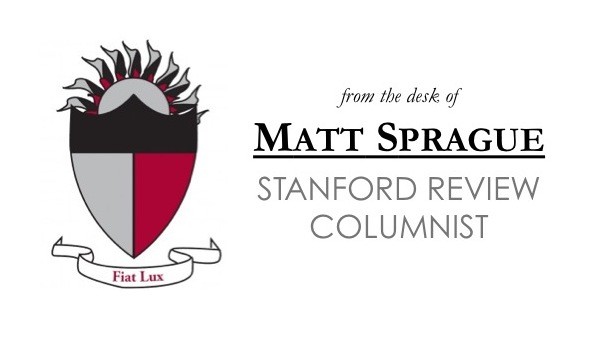