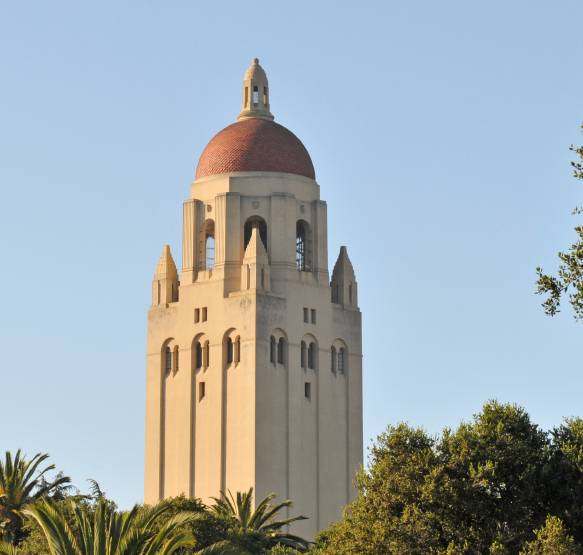 If we can scrutinise people at airport security lines on the basis of identity, then SOCC can do the same in its endorsement process.

In the run-up to this year’s Senate elections, allegations of anti-Semitism and discrimination were levied against Stanford’s Students of Colour Coalition (SOCC). This article will neither comment on the accuracy of such allegations, nor argue as to whether SOCC should have taken such action, if these allegations are correct. Instead, it will assess whether it would be fair for SOCC to ask the question. Discrimination (defined in this article as treating someone differently because of a part of his or her identity) is acceptable, or at least often considered legitimate, in any number of societal circumstances: we profile certain people at airports and provide affirmative action to others, to name just two examples. Thus, SOCC’s alleged discrimination – specifically, subjecting candidates from particular identities to tougher questioning than others – may be more analogous with acceptable discrimination than other, more pernicious instances of sexism and racism.

First, it is worth examining whether excluding people from groups on the basis of identity is ever legitimate. Examples of such exclusion include some feminist groups set up exclusively for women and minority rights coalitions that ask people from outside their group to ‘check their privilege’ on the basis of their identity alone. Exclusion in this instance seems justified; certain people are necessarily less able to identify and empathize with others’ experiences. As a foreigner, for example, I feel the oppressive heavy-handedness of immigration officials at the border far stronger than any American citizen could, simply by virtue of the fact they go through a different section of the airport because of their passport. Even if no such difference in life experience exists in practice, groups have a presumed right to exclude people just as private clubs of individuals do. Because one cannot ‘join’ any group unilaterally – rather, two-party consent is required – the group can make their own decisions as to whom to include or exclude, independent of any identity claim. Of course, this second right is not absolute, but we should extend it prima facie before deciding whether circumstances might legitimate its restriction.

Having established that exclusion on the basis of identity is permissible, we must show that groups forged around identity politics – just like SOCC and similar organisations – can ethically ask candidates certain questions on the basis of their identity. SOCC exists, lest we forget, largely as a result of identity-based advocacy; various student organisations of colour joined together to improve their power in achieving change against a system they see as unjust. However, that advocacy necessarily becomes exclusionary at the point where the interests of the oppressors are mutually exclusive with those of the oppressed.

The context in which SOCC finds itself under fire is that of divestment from Israel, which SOCC has every right to support, given many of its members were involved with divestment’s progress in the Senate. That this stance is incredibly popular with SOCC’s membership suggests that even a democratic model of ‘legitimacy’ would find it permissible. By backing divestment, however, SOCC will inevitably find itself diametrically opposed to pro-Israel groups and many (but not all) Jewish students. The political wills of both groups are not only mutually exclusive, as mentioned above, but also embody different ideologies. Pro-Israel groups have repeatedly stressed (rightly or wrongly) that any action against Israel constitutes a slippery slope towards anti-Semitism, and many of SOCC’s members oppose this mindset. As a result, SOCC has no room for compromise with groups like the Coalition for Peace, given that CFP has ruled out support for divestment in any form. SOCC therefore has no choice but to adopt an oppositional stance on the issue.

At this point, we arrive at the core question: is it legitimate to subject Jewish Senate candidates to a stronger line of questioning if those candidates oppose divestment? Given many Jewish students’ strong loyalty to Israel, a Jewish religious identity most likely influences individuals’ stance on the issue. While it would be convenient to pretend that everyone lives the same life, the socialisation of certain norms and values mean that people from certain identities are disproportionately more likely to hold stances in either direction on issues relevant to their group. Such an argument is borne out endlessly by polling on issues related to identity. Thus, it seems logical to believe that SOCC is legitimate in questioning those people who are disproportionately likely not to side with the organization on a political issue it has prioritised. The only way to reject this claim of legitimacy is to argue that all heightened checks on people of particular identities are wrong. But if one believes, for example, that it is legitimate to question certain religious or ethnic groups with greater scrutiny at airports – as the UK has been doing recently to try to stop would-be jihadists from flying to join ISIS – one should also consider the alleged actions of SOCC legitimate. To draw a clear line: groups have the right to question people on how their identities impact their intentions if a specific identity is likely to influence people to act in ways that oppose the group’s interests. This is especially true if the group plans to make its decision on the basis of these very intentions.

There are two obvious counter-claims to this legitimacy argument. First is the issue of intersectionality: SOCC’s alleged questioning was directed at a candidate who identified as both Jewish and of colour. Therefore, one might argue that SOCC should not have pushed the candidate on her Jewish identity since she is also a student of colour that SOCC claims to represent. The response to such a contention is simple; while SOCC might want to promote intersectional candidates, it has no prima facie obligation to do so. Given the group’s decision to double down on divestment, it is legitimate not to endorse a particular person if such an endorsement would have harmed SOCC’s agenda .

The second counter-claim constitutes a question of monopoly. One could argue that, because SOCC has a strong grip on Senate elections (empirically, this does seem plausible), it might have some duty to act more responsibly. However, a monopolistic player has no individual duty to weaken itself for some greater good. For example, it is plausible that the US might be justified in restricting cable monopolies in areas with little consumer choice, but implausible that Time Warner and Comcast are obligated to hand out free money of their own volition to their customers. The corollary in this situation would be Stanford’s forcing SOCC to splinter, for example, versus SOCC having some individual obligation to broaden its coalition beyond its advanced interests.

The somewhat ironic conclusion of this article, therefore, is that the same people who support heightened police profiling should recognise SOCC’s alleged behaviour as legitimate. Alternatively, those who believe that identity can never be used to exclude or single out people who have a greater likelihood of holding particular values must also condemn SOCC, to remain morally consistent. This article is not about whether SOCC should have done what it (allegedly) did; it suggests that SOCC can ethically ask questions based on identity. A right to do something does not imply that one should unreservedly do it. If such a conclusion seems unpalatable, perhaps it is only this more extreme case that emphasises a reality: identity politics is exclusionary and trades off opposing interests. If Stanford really were morally outraged by a group asking people about their faith, perhaps it is time to wave goodbye to identity politics in their entirety.

*Update: *This article has been corrected to clarify that the Coalition for Peace refused to compromise on divestment.