In April of this year, I witnessed something on the Stanford campus that will be seared into my memory forever: a student on a bicycle, wearing flip-flops, AirPods in ear, going the wrong way through a roundabout in an active construction zone, with no helmet. But like any good follower of science, the student was wearing a disposable blue face mask -- for safety, I guess.

I think this anecdote is instructive in understanding the social dynamics that have emerged in the COVID-19 pandemic. Seemingly intelligent and well-rounded people (Stanford students, for example) have adopted bizarre, pointless habits to comport with new expectations about how to "stay safe" -- like wearing masks outdoors -- all while continuing in much more risky behaviors. This is not to say that riding a bicycle without a helmet is *especially* risky, or that I believe helmets should be mandated (they shouldn’t). But it’s absolutely a bigger risk than COVID-19 for a vaccinated twenty-something.

Unfortunately, it turned out that what I saw in the Spring would not be anecdotal at all. When I got back to our 99% vaccinated campus last week, I realized that masking outdoors and on bicycles would be a custom.

So, I decided to attempt a measurement to quantify this phenomenon. On Wednesday, September 22nd, in the 1:00 pm hour, I observed 400 Stanford cyclists on Lasuen Mall, a popular campus street for bicycles. I simply noted whether each cyclist wore a mask, a helmet, neither, or both. Here are the final tallies:

That works out to a masking rate of 41% and helmet-wearing rate of 17%. So, Stanford students are about twice as likely to wear a mask on a bicycle as a helmet. To be certain, there’s a margin of error here -- I can only count so many cyclists at a time, and I’m sure I missed some. But the point stands that at one of America’s leading research universities, students wear masks on bicycles at a higher rate than they wear helmets.

Is it a delusion? Do students actually think that wearing a mask on a bicycle to prevent transmission of a respiratory virus they’ve been vaccinated against is a good idea? Maybe it’s just laziness -- easier to keep the mask on for five minutes then take five seconds to take it off. I think a combination of laziness and signaling is probably the right answer. Masking has become an important way to signal that you are “conscious” about COVID-19, though I’d submit that wearing a mask on a bicycle is actually a pretty clear signal of ignorance, not consciousness.

If our government handed out dunce caps with “follow the science” embroidered on them, a double-digit percentage of the population would start wearing them (maybe even on bicycles) and look askance at people who don’t. Stanford might even mandate them if the State of California or the County of Santa Clara asked them to, because we no longer have any scientific policies at Stanford. We only follow political orders.

Stanford is somewhat unique among top universities in that we have actual scientists in leadership positions, including a neuroscientist as our President. So, what does it say about our brain-scientist-in-chief that he has failed to convince Stanford students to wear bicycle helmets (including when the university gave out free helmets!) but has successfully created an environment where bicycle-masking is routine? In my judgement, it's a pretty big embarrassment for a public scientist and leader like MTL.

But it won’t be viewed as a scientific failure, because science is dead; idiocy and innumeracy have won a total victory. And though I will continue to be deeply confused when I see masked bicyclists on campus, I have realized that there is an ironic logic to their decision: after all, there’s no point in protecting your brain if you don’t plan on using it. At Stanford, nobody expects you to do either.

An Open Letter to Melinda Byerley

On Disagreement at Stanford 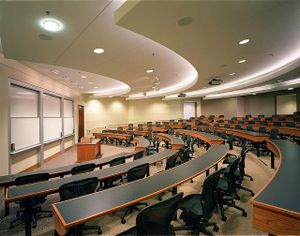 Let’s Do Away With Required Attendance 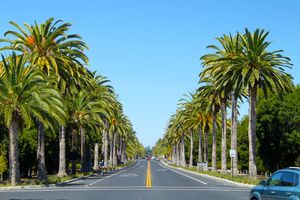 How to be a Conservative at Stanford