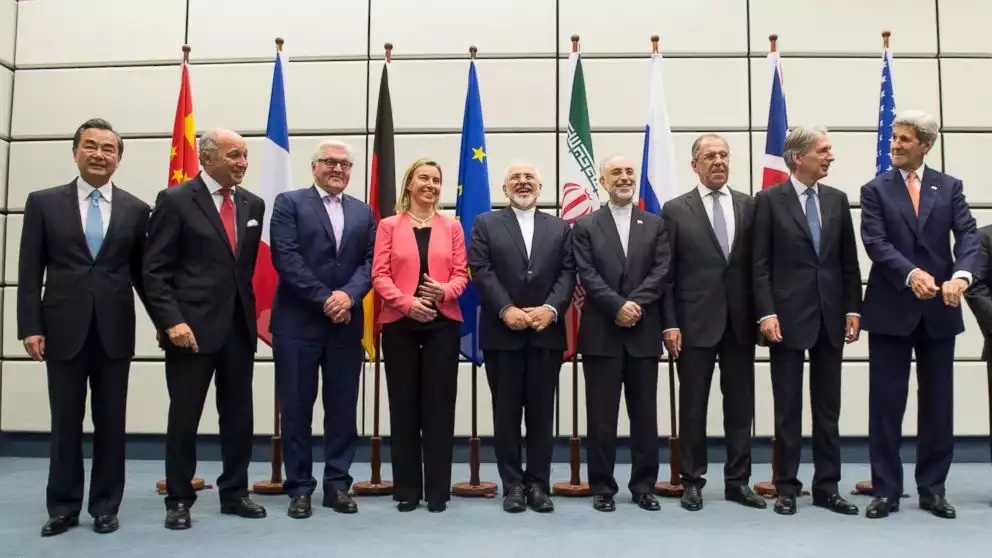 The debate over the Iran deal has extended far beyond Congress, galvanizing and even dividing Stanford faculty and Hoover Institute fellows. The Republicans do not have the necessary votes to defeat the deal, which would place some restrictions on the Iranian nuclear program in return for sanctions relief. Since, as President Obama has declined to classify the deal as a treaty, he, and after some congressional manoeuvring, only requires one third of the Senate in support of his deal. In fact, the deal many not ever come to a vote, as Senate Democrats filibuster, or block, proceedings. On this issue of global importance, important experts affiliated with Stanford like Siegfried Hecker, Abbas Milani, Scott Sagan, Henry Kissinger, George Schultz and others have helped to shape opinions, debate, and perhaps even votes with their analysis.

The legislative success of the Iran deal may, in part, stem from the support of experts at Stanford. Nuclear expert and former director of the Los Alamos weapons laboratory in New Mexico, Siegfried Hecker joined a group of 28 other nuclear experts in signing a heavily publicized letter supporting the deal. This letter called the Iran deal “innovative” and “stringent” and claimed that it will “…advance the cause of peace and security in the Middle East and can serve as a guidepost for future nonproliferation agreements.” Hecker was joined as signatory to this influential letter, cited numerous times by President Obama and other prominent supporters of the deal, including Stanford professors Sidney Drell and Burton Richter, a Nobel laureate.

In addition, Professor Hecker wrote to the Bulletin of the Atomic Scientists in support of the deal, explaining that “the Iran nuclear deal…is better than any other reasonably achievable alternative” and “the best hope is to make the civilian path so appealing—and then successful—that Tehran will not want to risk the political and economic consequences of that success by pursuing the bomb option.” Alsosupporting the deal is noted Stanford director of Iranian Studies, Abbas Milani and Hoover expert Michael McFaul. While clear in his opposition to the Iranian regime, Professor Milani said at a recent event that he has never seen any policy issue incite as much debate inside the Islamic Republic of Iran as this accord. Calling it “the least bad deal” for both sides, Milani and McFaul write.) in The Atlantic that a majority of Iranian citizens, along with most Iranian moderates, reformers, and dissidents, support the deal. Some see not only the promise of sanctions relief, but also perhaps political liberalization as Iran opens up to the world. In contrast, “…the most militantly authoritarian, conservative, and anti-Western leaders and groups within Iran oppose the deal,” claiming that Iran was outmanoeuvred by clever American negotiators.

Scott Sagan, Stanford professor of political science and world-renowned expert on nuclear weapons, published an influential article in 2006 in which he foresaw the possibility of a successful deal and warned of the consequences of not getting one. He critiqued the “creeping fatalism about the United States’ ability to keep Iran from getting the bomb and excessive optimism about the United States’ ability to contain Iran if it does become a nuclear power.” More recently, he has called the Iran agreement “a deal worth making,” but is under no illusions about the difficulties involved in its enforcement of the current deal: “We should anticipate that Iranian opponents to the agreement will try to stretch it and do things that are potential violations and that we have to call them on that, and not treat every problem that we see as unexpected.”

However, there is another side to the issue. Many fellows at the Hoover Institution at Stanford have opposed the deal with Iran, most notably former Secretaries of State Henry Kissinger and George Schultz. This imposing duo penned an article in the Wall Street Journal that sharply criticized the framework upon which the deal was based, noting that “…negotiations that began 12 years ago as an international effort to prevent an Iranian capability to develop a nuclear arsenal are ending with an agreement that concedes this very capability, albeit short of its full capacity in the first 10 years.” While acknowledging the diminution of Iran’s enriched uranium stockpile and some impressive inspection procedures, Kissinger and Schultz lamented that “…the West has felt compelled to break every deadlock with a new proposal” and that “Iran [is granted] permanent relief from sanctions in exchange for temporary restraints on Iranian conduct.” Emphasizing the difficulty in enforcing week-to-week inspections and reinstating sanctions in a country that has consistently evaded inspectors and violated its promises, Kissinger and Schultz are worried that this deal will lead to a proliferated Middle East to which traditional theories of deterrence have no answer.

Furthermore, the secretaries of state provide something of a response to Hecker and Milani’s point, writing, “Some have argued that…the nuclear deal is a way station toward the eventual domestic transformation of Iran. But what gives us the confidence that we will prove more astute at predicting Iran’s domestic course than Vietnam’s, Afghanistan’s, Iraq’s, Syria’s, Egypt’s or Libya’s?” Their article has fuelled opposition to the deal, prompting articles in newspapers around the world, an official response from the US State Department, and several positive mentions from prominent political opponents of the deal.

Niall Ferguson, esteemed Harvard historian and Hoover senior fellow, criticized the deal as well, explaining, “We are alienating our allies.” Ferguson sees an emboldened and strengthened Iran that will expand its aggressive activities in the region and provoke responses from Sunni nations that feel betrayed. “There [is] no simple, binary choice between peace and war. We bought time. We postponed Iran’s nuclear breakout. But we also stoked the flames of a conflict that doesn’t need nukes to get a lot more lethal than it already is,” warns Ferguson.

Russell Berman, Stanford professor and Hoover fellow, similarly criticized the deal, arguing that “the deal amounts to the realization of the Obama program, announced clearly in the Cairo speech, to reduce the American role in the Middle East.” Many other Hoover fellows, including the former commander of US Central Command, General Jim Mattis, career minister in the US Foreign Service, Charles Hill, and historian Victor Davis Hansontake this position as well.

Another Stanford-affiliated expert who has influenced the debate has been Kori Schake, Hoover fellow and former director for Defense Strategy and Requirements on the National Security Council. Schake surprised in April with an article in Foreign Policy titled “I’m a Republican and I Support the Iran Nuclear Deal.” Citing the existing erosion of sanctions, the “solid” inspections provisions, and other factors, Schake had been a rare conservative voice in support of the provisional framework. However, she has since been far more reluctant in her support, noting in July that the deal “does not prevent Iran from getting the bomb; it does not in any reliable way extend breakout capability to a year; and there is zero probability sanctions will “snap back” if Iran violates the agreement…This deal does send an effective sanctions regime up in smoke… It will provide a windfall of as much as $150 billion in frozen Iranian assets.”

Whether Stanford faculty and affiliated experts are arguing for the deal or against it, their voices have been heard across the country and the world. Writing in Foreign Policy, The Atlantic and the Wall Street Journal, gaining the attention of the President, opposition leaders, and reaching foreign leaders, Stanford played a significant role in the ever-evolving debate on the Iranian nuclear deal.