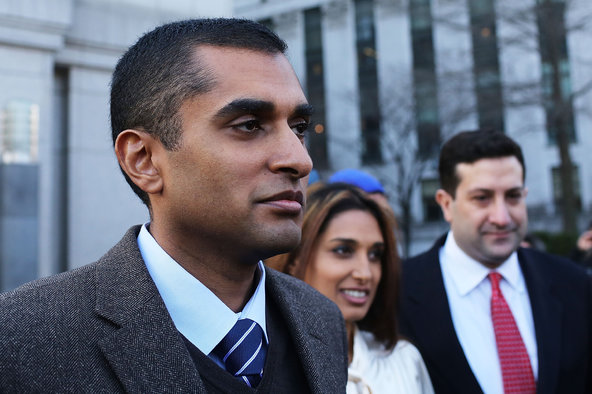 A federal jury in Manhattan found Martoma, 39, guilty on all three of the conspiracy and securities fraud charges that he faced, over a scheme that allowed SAC Capital to make profits and avoid losses of $275 million.

The verdict was the eighth insider trading conviction of a current or former employee at SAC Capital, the $14 billion hedge fund that has long been in federal authorities’ cross-hairs.

As news photographers snapped pictures, Martoma walked stone-faced out of the courthouse and into a waiting SUV with his wife and defense team. They did not speak to reporters. “We are very disappointed and we plan to appeal,” his lawyer, Richard Strassberg, said through a spokesman.