“This isn’t a garage sale,” said Stanford Management CEO and President John Powers. “We’re not selling out of distress or panic, we’re just exploring a sale.”

After announcing its intent to dispose of some illiquid assets, Stanford found itself at the center of attention, attracting both critics and admirers. The size of the sale alone is impressive—about $5 billion worth of private-equity deals, venture capital commitments, oil-and-gas, timber, and real-estate holdings. The university hopes to raise about $1 billion in cash.

Many publications have pointed to Stanford’s sale as an indication of financial desperation. In the words of one New York Times article, the university “needed help keeping the lights on for students.” The truth, according to Powers, is that it is simply testing the waters of a supposedly recovered financial market. He further stressed, “It’s prudent to improve the liquidity of the pool.”

His words echo loudly through Ivy League halls, as other elite institutions wait anxiously to see if Stanford can receive decent prices for its assets. Schools like Harvard, which suffered a 27.3% loss in its endowment last year, are especially tight for cash after having followed the so-called “Swensen Model” of institutional investing.

David Swensen, who has managed Yale’s endowment since 1985, has argued that illiquid investments deal out a higher long-run profitability. His claims were vindicated by the institution’s 17.8 percent annual return over the last ten years. Those days are over, however, and many schools are taking a more cautious approach.

“It’s pretty simple—would you rather have a dollar you can use or a dollar that’s tied up in investments,” said Powers, who insisted that Stanford has never been in any real financial danger. “The fact that we weren’t a seller last year and the fact that we managed to even raise money this year—we’re not distressed.” He further emphasized that the $1 billion Stanford raised by selling taxable bonds this summer is secured in a money market account that the university has yet to touch.

As for its role as an investor, Stanford is not selling its full partnerships in certain buyout deals and private equity shares. In what the Wall Street Journal termed an “innovative approach,” the university hopes to sell only partial stakes in deals that require future capital commitments. It will thereby free up potentially needed cash without entirely abandoning these investments.

Others are concerned about how the sale might affect the financial market as a whole. By selling on a secondary market, Stanford has the luxury to accept whatever price it deems worthy. It could in turn depress prices to new lows, or perhaps even ignite a price war between institutions seeking to sell similar assets. This fear, however, is premature according to Powers, who said, “We’re not selling for 50 cents on the dollar—we’re only going to sell if we get a good price.”

The purpose of the sale is not to cause further harm to the financial sector, nor is it indicative of any monetary problem; rather, it is meant to test the state of this recovery.

“It’s worth exploring to see if things in the market have improved,” said Powers, who remains optimistic that the university has pushed through the worst of this recession. 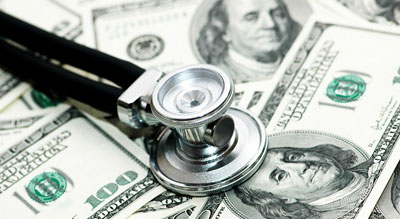