About two weeks ago, Ron Paul delivered his hour-long retirement speech on the floor of the U.S. House of Representatives. His tirade 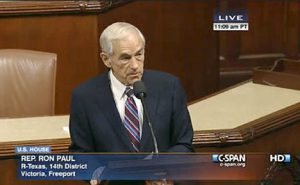 against authority was interspersed with an important revelation of his future plans: to engage more college students, and spend more time at college campuses. Ron Paul gathered a cult following throughout his time in politics, and more significantly, in his unsuccessful bids for the Presidency. Regardless of whether you call him crazy or worship him, his message is clear: the growth of American libertarianism is highest at our institutions of higher education.

At the early stages of Paul’s 2012 campaign, political pundits nationwide pondered why his largest fan base seemed to be younger voters, especially those still in school. The reason is quite simple: there is not a single constituent base more enthusiastic to overturn authority, and the old ways, as young adults who are getting their first taste of freedom.

At Stanford, the support for libertarianism is quiet, and not as celebrated as one would imagine. I say this because the majority of Stanford students, when asked about their political predilections, will respond that they are “socially liberal, and fiscally conservative.” Not that this mentality is the exact embodiment of classical liberalism, but the idea is more or less the same. We don’t want the state poking its nose in our business.

However, when prompted with the task of picking a candidate for president, almost any Cardinal will pick one of the mainstream candidates, because everything else is too bold. And therein lays reason why most college libertarians jump ship after college: the American libertarian movement is a joke. With zero representatives from the libertarian party in Congress or the U.S. Senate, it is understandable why it would not seem like a pragmatic option to vote for a libertarian candidate, since they have absolutely dismal chances of actually winning anything.

Libertarianism in its truest form is also probably not a very practical way to govern a country in the contemporary world, because our systems of commerce and politics are so complex, and involve so many agents, that a fair amount of regulation is necessary to ensure efficient governance.

But there is something to be said for sincere experimentation in maximizing one’s liberty, especially on a college campus. It is in these four formative years that we can get away with pretty much anything, so long as we don’t actively destroy our futures. What has been most disappointing to see is that our university is slowly moving farther away from student independence, to almost no real resistance from the student body.

Chi Theta Chi’s (XOX) loss of their lease to the University is a prime example. After some petitioning, the residents of XOX have given up their pursuit to remain as the only autonomous cooperative house on campus (the only other house that owns their own establishment is Sigma Chi, but that, as any other fraternity, is exclusive, and closed from the rest of the campus). I don’t really blame them, since we do have more important things to achieve in our lives than fighting a lost battle against the University. 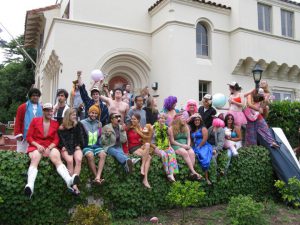 Another example in the same realm is Residential Education’s takeover of the financial management of independent houses. Houses such as Mars, Xanadu et al now must regulate their finances through the University, creating larger impediments on what they can and cannot do with their funds.

Our school’s crackdown on reducing transports at parties has resulted in two things: a weak attempt at a social calendar called “Cardinal Nights,” and unreasonable expectations on contracts between outside organizations and independent houses. The former does not really merit much discussion, nor is there anything inherently wrong with providing an alternative avenue for entertainment. However, the latter is problematic.

In a truly naïve fashion, the University now believes that independent houses should not charge money to allow outside groups to host events within their premises. This is absurd. The only other form of payment is for the groups to provide hashers at house events. Each house only ever needs hashers for one event during the quarter, which is their Special Dinner. This does not provide nearly enough opportunities for outside groups (especially un-housed fraternities and sororities) to host events, meaning houses will obviously need other forms of incentives to allow these groups to use their facilities. Undoubtedly, the only other form of incentive becomes a cash payment, which, whether the University likes it or not, will happen regardless. It would be far easier for houses and student groups to work out negotiations if the University did not arbitrarily command that there be no exchange of cash, since now all the power belongs to the housing staff, and outside groups really have no rights at all.

When I was a freshman at Stanford, we celebrated the fact that our school had a tame and accepting environment, and that even without the stringent regulation practiced by our peers, we had our act together. However, as some incidents increased, our University, instead of doing what it did best, and working with groups and students for improved conditions, is trying to become more authoritarian. This does not work as well in colleges, and really does not work at a school that prides itself on student autonomy.

We are young, and we like our independence. We are also smart, and appreciate some amount of trust. However, since we are young, we will stumble at times, and this will cause trouble. But cracking down on the student population and taking away freedoms won’t fix anything. It is time that the University recognized that we are the generation that authorities have historically never listened to, but nonetheless the best results will be had when we are brought in as a part of the solution, and not simply labeled as the problem.