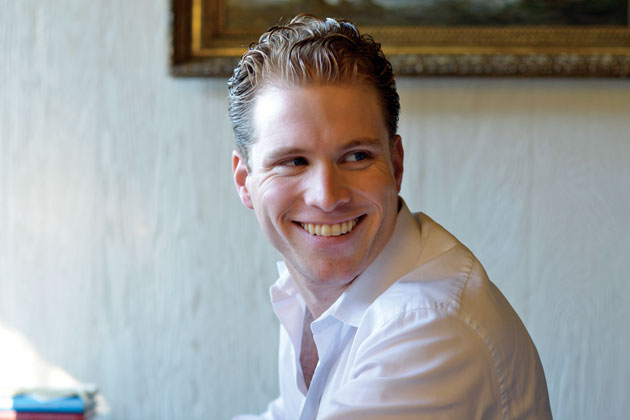 *Full Disclosure: *Mr. Lonsdale is a former Editor in Chief of *The Stanford Review *but was not consulted by the author of this article.

*The Stanford Review *has condemned Stanford’s neglect of due process in sexual assault cases three times (October, September, and June) within the last year. Recent events surrounding Joe Lonsdale, a Stanford alumnus banned from campus for ten years due to sexual assault allegations, have compelled us to write on the subject again.

Stanford probed the allegations against Mr. Lonsdale using its Title IX investigation policy, a set of rules designed to investigate student-related sexual assault cases. This procedure effectively guarantees a guilty verdict long before the supposedly impartial investigator asks the first question. Unfortunately, Stanford’s policy is not the worst part of this story. If Mr. Lonsdale’s statements are accurate, then Stanford violated its own policies by refusing to grant Mr. Lonsdale an appeal. Both this policy and Stanford’s alleged disregard for its own rules raise serious doubts about Stanford’s ability to address sexual assault in a fair and serious manner.

A fair process would have elicited information about the case that, at the very least, show the situation is not as clear cut as many believed. One of Ms. Clougherty’s close friends issued a sworn statement in support of Mr. Lonsdale, claiming that Ms. Clougherty is lying. The statement described text messages from Ms. Clougherty urging her friend to speak against Mr. Lonsdale that referred to a “joe take down scheme” and a desire for “him to come after me haha”. If the friend’s affidavit is accurate, then “at no time during their relationship did Ellie ever say that Joe had been verbally or physically aggressive to her or had tried to make her have non-consensual sex.” The affidavit also references multiple instances where Ms. Clougherty and her mother allegedly tried to pressure the friend to speak against Mr. Lonsdale. Mr. Lonsdale’s own statement also raises several questions about Ms. Clougherty’s story. The merits and demerits of this statement and others will be litigated over the coming months but one fact is incontrovertible: Mr. Lonsdale should have received a fair hearing from Stanford. In at least two ways, Stanford failed.

First, Stanford’s policy on evidentiary determination rigs the investigation against the accused (referred to as “Respondent” in the policy). It states: “The investigator has broad discretion in determining whether an offered witness or documentary evidence would be relevant or helpful to a determination.” The reader is then inundated with a series of overbroad reasons why Stanford will not consider evidence. For example, Stanford will make “cost considerations balanced against the importance of the information” and exclude information when “there is not a sufficient basis that the person could have relevant information to the factual determination.” Stanford’s policy never mentions when evidence should be considered while courts have clearly defined rules of evidence.

Key evidence, including email correspondence between us, that directly exculpated me and proved Ms. Clougherty was lying was not considered, nor were previous claims that she had made against other men in the past. The University never spoke to key witnesses with direct, personal knowledge, whose testimony would further prove she was lying.

It is unclear whether Stanford violated its own policy with respect to the evidence, yet one fact is incontrovertible: an investigative process that lets investigators ignore significant amounts of exculpatory evidence is an utter farce that no reasonable institution, especially Stanford which excels in many other areas, should adopt.

Second, if Mr. Lonsdale’s recount of the investigation is factual, then Stanford violated its own policy by refusing to grant him an appeal. Stanford allegedly “told [Mr. Lonsdale] that as a non-student [he] had no right to appeal the ban.” The right to appeal is one of the last vestiges of due process still supposedly respected by Stanford, yet the University discarded even this meager protection. Stanford’s policy states: “If the Impacted Party or the Respondent is dissatisfied with final determinations made under this policy, that person may file an appeal.”

Stanford claimed this protection did not apply to Mr. Lonsdale because he is no longer a student. However, all Respondents, not just students, are eligible for an appeal. The document “covers student-related concerns … regardless of whether the alleged perpetrator (Respondent) is student, faculty, staff or third party.” Although Mr. Lonsdale is not a Stanford student, the policy nevertheless covers the complaint against him, entitling Mr. Lonsdale to “Respondent” status as a “third party”. Stanford also initially considered Mr. Lonsdale as a staff member when investigating the complaint. Arguments that Mr. Lonsdale should not receive an appeal are therefore fallacious on multiple grounds.

These violations of due process are particularly egregious at a school like Stanford. Our school is incredibly well-respected across many different fields and an indictment from Stanford can be damming. This does not mean Stanford should not ban people from campus; it means Stanford should be especially rigorous in its investigation. Stanford has immense power and it should use it responsibly.

These issues extend beyond any one case. For the last several years, the federal government and many activists have used Title IX to undercut even the most basic tenets of due process in sexual assault proceedings. This effort is understandable; sexual assault is a heinous crime that has no place at a university or anywhere else. Stories of assault are horrifying and engender a powerful desire to seek justice for victims.

Due process is always important, but rarely more so than in cases involving the most heinous accusations. Due process protections counteract our emotional impulses, ensure the legitimacy of investigative systems, and defend the dignity of both the accused and the accuser. Stanford’s overbroad evidentiary policy and its alleged refusal to grant Mr. Lonsdale an appeal are two examples of a University that has forgotten a simple lesson: the phrase “case closed” belongs at the end of an investigation, not at the beginning. We call on Stanford to conduct a fair and impartial investigation of the allegations.