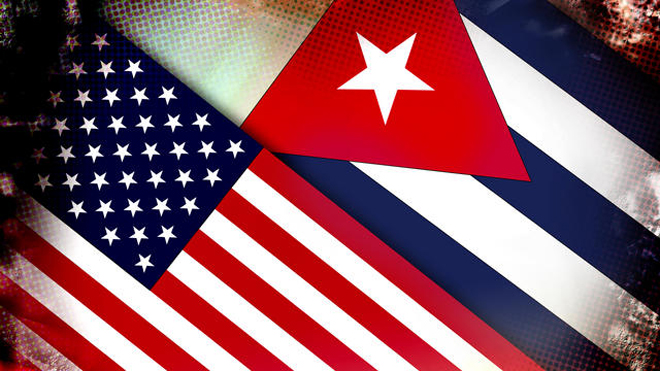 On December 17, 2014 at 12:01pm EST, more than fifty years after strict foreign policy towards Cuba was initiated, President Obama made an announcement from the Cabinet Room: “Good afternoon. Today, the United States of America is changing its relationship with the people of Cuba.”

Looking back over fifty years, in 1959, a socialist revolution overthrew a tyrannical dictator in Cuba. Cuba began to nationalize U.S.-owned properties, increase import taxes on American goods, and form trade partnerships with the Soviet Union. In response, President Eisenhower significantly reduced the import quota for Cuba’s main export, sugar. 1961 came with the botched CIA Bay of Pigs mission, with the Cuban Missile Crisis following the year after. On February 7, 1962, President Kennedy increased sanctions to a full economic embargo, including travel restrictions. Since that time, diplomatic and economic isolation have been the pillars of U.S. foreign policy towards Cuba.

Over the years, U.S. conversations about its neighbor to the south have not entertained the idea of relaxing this stringent policy against the Cuban government. IN 1966, however, anyone fleeing Cuba did have the right to apply for American citizenship one year after landing in the U.S. This policy was adjusted over the years, resulting in the “Wet Foot, Dry Foot” policy of 1994. Under this policy, any illegal Cuban immigrant who set foot on the United States was allowed to stay, while anyone caught in the act of immigrating but not quite landed yet was deported back to Cuba.

In 1980, both governments permitted a one-year mass migration from Cuba to the U.S. after nearly 10,000 citizens took refuge in the Peruvian embassy and begged for political asylum. This ultimately led to over 100,000 new immigrants. In 1996, Bill Clinton signed the Helms-Burton act, ratcheting up economic pressures on Cuba. However, this document also allowed for the possibility of relief, under the conditions that the Castros were removed from office, political prisoners released, and free elections held. In 2008, Fidel Castro stepped down from presidential office and handed over power to his brother, Raul. That same year, President Obama was elected President of the United States.

Throughout his time in office, President Obama has taken a series of actions to reduce tensions between the two nations. In April of 2009, President Obama relieved restrictions on remittances and travel related to visiting family back home. Additionally, travelling to Cuba was made more accessible through religious and educational licenses that allowed Americans without family ties to Cuba to visit the island. Previously, there had been strict regulations on the amount of money that could be sent to Cuba and travelling was limited to family members. The two nations even resumed migration talks in 2009, with official biyearly talks resuming in 2013.

While some of the goals outlined in President Obama’s declaration in December can be achieved through executive action, others are reliant on Congress. In order to completely lift the embargo, the Senate would have to act. And while there has been some congressional support for the President’s decisions towards Cuba, Republican support is lukewarm at best. Not even all Democrats are on board. With criticisms of President Obama’s decision coming from both sides of the aisle, chances of eliminating the embargo are slim. The most outspoken opponent of the G.O.P. is Florida Senator Marco Rubio. He argues that lifting the trade embargo will not bring freedom and democracy to Cuba since the problem lies not in U.S. foreign policy but rather poor governance in Cuba. Still, Republicans such as Kentucky Senator Rand Paul and Arizona Senator Jeff Flake are pushing back against Rubio, asserting that the isolationist policy the U.S. has employed the past 54 years has clearly not worked.

President Obama has instructed Secretary of State John Kerry to reevalute Cuba’s position on the list of states that sponsor terrorism. He also intends to create an embassy and appoint an ambassador, which may prove to be a challenge as it requires Senate approval. Although there seems to be support for reestablishing relations with Cuba among younger descendents of Cuban immigrants, the majority of older Cuban-Americans still harbor strong distrust of the Castros. More importantly, the Senate Foreign Relations Committee Ranking Member, Robert Menendez does not share the same optimism as President Obama and young Cuban-Americans. He fears that normalizing relations with Cuba will solidify the permanency of the Castro regime, and was offended that he was not made aware of the discussions between the U.S. and Cuba until President Obama’s public announcement.

Because of the most recent thaw in relations, Americans face less travel restrictions to Cubans, more flexible banking and remittance options, and the ability to import small amounts of Cuban goods. On their side, Castro agreed to release 53 political prisoners and allow more internet access. The debate now is whether or not extending a hand to Cuba will encourage progress towards democracy, or simply support the dictatorial regime that the Castros have built for the past sixty years.  On the surface, it appears as if both national leaders are ready to discuss ways to move past Cold War policies. However, only time will tell if the U.S. Congress will reach out to the Castros, or if the Castros intend to follow through on democratic reforms.