On November 7th, President Barack Obama was handily reelected by a wide margin in the electoral college, and a slim majority in the popular vote. For the Republican Party, his victory was in some senses major—a decisive wake up call—and in other senses, minor—an expected and mundane outcome.

On the mundane side, it was widely predicted that Obama would get reelected based on polls in swing states. Most famous in this camp was Nate Silver, a New York Times statistician, who gave Obama over 90% chance of victory in the week before the election. 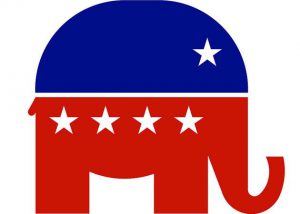 Moreover, the election largely preserved the status quo in Washington: Obama remains President, the GOP retains its majority in the House, and the Democrats still do not have a filibuster-proof majority in the Senate, despite picking up some seats. More of the same composition of our Federal government indicates that no seismic shift occurred in the sensibilities of the electorate.
For some, though, Obama’s victory was anything but predictable and mundane. Against purportedly “biased” forecasting models, many in the GOP genuinely expected a Romney win. And they had some good reasons too:

No president since FDR has been elected with unemployment so high.  Barely half the country approved of Obama’s job performance, while a majority favored Romney’s economic stewardship over the President’s ability in this area. And as the economy was widely considered the most pressing concern in this election, Romney’s ticket was naturally given a lot of purchase. Thus, Romney was in some ways the perfect candidate for the 2012 election: he appealed both to the Republican base and to independents (Romney won among independents by a margin of 50 to 45 percent.)

And yet, Obama won every state he took in 2008 except two, coming in at 332 to 206 votes in the Electoral College—a solid win by any measure.

In the aftermath of the election, the two principal questions circulating Republican leadership have been, one, how did Obama win, and two, how should the party respond to his victory. The party establishment widely agrees on the former—citing newly apparent demographic changes—but is still furiously debating the later, on how to react to these demographic changes.

And the numbers are startlingly lopsided. Romney won white males by a large margin, but fared abysmally with minorities, youth and women. Obama won 71% of the Latino vote, 93% of the black vote, 60% of voters under 30, and 66% of unmarried women.

Compounding the influence of these lopsided margins, minorities have steadily been growing as a share of the general electorate. According to research from the Pew Hispanic centre, in 1988 whites took up 84.9% of voters and in 2012, this share dropped to 72%. Blacks rose from 9.8% to 13% and Hispanics from 3.6% to 10%.

In the aftermath of the election, some Republican leaders have reacted to these demographic changes with apocalyptic doom. Ann Coulter, for example, lamented, “there is no hope”; Rush Limbaugh, one of the most widely syndicated conservative talk show hosts, declared “we’ve lost the country” which he later referred to as a “country of children.”

More constructive responses to Romney’s drubbing have focused on how the Grand Old Party should change its policies and principles to the appeal to an ascendant share of minority voters. And this internal discussion has been messy and multi-faceted.

According to reporting in the Washington Post, some conservatives are arguing the party needs to reemphasize fiscal values over social values, while others claim the exact opposite. Richard Murdock and Todd Akin’s losses in the Senate lend credence to a libertarian pivot, as they lost in red states because of their extreme views on abortion.

But realignment towards the center is not a foregone conclusion. Carl Forti, a long time GOP strategist, voiced the concern that many in his party would “take the wrong message… and think we need to be more conservative and more tea-partyish.” Purists argue that Romney was unpopular because he flip-flopped, betraying a scant visionary core; pristine conservative values will have broader appeal in coming elections.

Charles Krauthammer, a prominent GOP pundit, argued that Republicans must undergo a rhetorical rather than structural change. He conceded a policy shift on immigration was necessary, claiming that with a more accommodating stance and Rubio on the 2016 ticket, the GOP could expect a win among Latino voters, or at least more equitable margins. Indeed, in 2004, George Bush won 44% of Hispanics, suggesting that the overwhelming disparity in 2012 was attributable to Romney’s extreme stance of self-deportation. Thus, with Election Day exit polls indicating that voters think “the government does too much” by an 8 point margin (51-43), the party of small government still has a fighting chance in years to come, keeping true to its core ideological commitments.

In fact, changing the party’s stance on immigration seems to be gaining traction. Sean Hannity, John Boehner and Rupert Mourdock—all high-profile Republicans—have newly advocated an immigration policy that includes a path to citizenship, a decided break with the official party platform of 2012.

And immigration is not the only policy being revisited. “It won’t kill the country if Republicans raise taxes a little bit on millionaires” said Bill Kristol, the editor the Weekly Standard, a top ranking conservative news source.

Similarly, Boehner has agreed to a deficit reduction package that would raise revenue by eliminating loopholes and deductions. This is an implicit concession to the President. Obama’s deficit reduction plan involved spending cuts and tax hikes, which could mitigate the level of spending being cut by adding new revenue from taxes. Paul Ryan’s budget, which was overwhelmingly supported by Republicans in the House, reduced the deficit solely through spending cuts. Boehner’s new position is in some sense a pivot towards Obama’s more balanced deficit-reduction approach.

A final perspective, expressed in the conservative-leaning Economist, minimizes the long-term implications of the demographic changes by highlighting the local—and thus changeable—circumstances that yielded them.

Like Krauthammer, the Latino vote is not seen as essentially leftist, and it can thus be easily put into play with more accommodating immigration policies. Strategically, the GOP can remain competitive not by winning the Latino vote, rather just winning enough to shore up the more conventionally Republican white vote, which takes up 72% of the electorate.

The hugely disparate margins among black voters may also not be as determinative in years to come. Although it has been steadily rising, the number of blacks as a share of total voters received a huge bump with Obama’s candidacy in 2008, revealing enthusiasm and increased turn-out over the first black president. Only 47% of black voters say they will continue to be as enthusiastic about the Democratic Party in the future. With a Democratic candidate that draws fewer blacks, the case for doom and gloom on the basis of demography may be overstated.

As is usual in politics, the debate will continue, although now, it will not only occur between the sides of the aisle, but within one side as well.