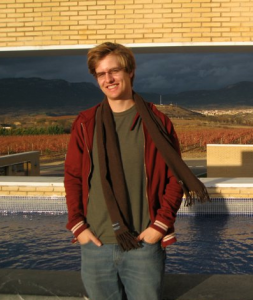 Most would call the bubble of the mid-2000s, and the fantastic crash that followed, a “perfect storm.” We saw domestic and foreign bubbles abound, especially in housing. We saw a fall in the yield curve (the curve showing the “baseline” level of interest rates) accompanied by a “flattening” of the yield curve that allowed individuals to get long-term loans, such as mortgages, at very cheap rates. We saw an intense wave of securitization in the finance industry, in which financial engineers made supposedly safe products out of disparate unsafe investments from around the country. A strong, cohesive theory explaining this bubble and burst would show how an economic shock could trigger bubbles at home and abroad, a simultaneous lowering and flattening of the yield curve, and financial securitization. A new paper by Beckworth & Crowe (2011) constructs such a theory that may explain how the lowering of the Federal Funds rate (the “baseline” rate of interest set by the U.S. Federal Reserve) could have led to lower baseline rates (and thus bubbles abroad) and higher central bank reserves, which were reinvested in long-term U.S. securities to cause a flattened, lower yield curve and spur financial innovation.

My paper provides a missing piece to this theory by illustrating how the actions of the Federal Reserve affect the actions of central banks in foreign countries. Noting a dearth of research on the topic of how central bank behavior transmits across borders, I construct a rational expectations model to illustrate how a deviation from monetary policy rules by the Federal Reserve would lead to a deviation from similar monetary policy rules in other countries, as well as an accumulation of foreign reserves. I use panel regression techniques to show how the effects hold historically, and consider in further detail how this theory may explain the European Central Bank’s deviation from monetary policy rules in the early 2000’s. Indeed, a deviation from monetary policy rules by the Federal Reserve tends to cause a similar deviation in other countries, as well as a build-up of foreign reserves, which would be reinvested in the U.S. This conclusion, backed both by the model and data in my paper, suggests that the low Federal Funds rate in the early 2000’s may have had much deeper, and indeed more catastrophic, consequences than were previously recognized, and may have played a central role in the mid-2000’s bubbles and the crash that followed.

Colin Gray ’12 is a senior majoring in Economics.