No one at Stanford wins when a struggling economy causes the school’s endowment to shrink by 30%.  Provost John Etchemendy warned from the beginning that the cuts resulting from the endowment’s reduced payout would hurt.  That’s why the University is trying to implement most of the hard cuts in the next two to three years, as opposed to reductions over five to ten years that would surely damage morale even more.

But that means everyone’s belts need to tighten – now.  Reductions across all university budgets have led to reduced staff for some, reduced programming for others.  With so many cuts, these next two or three years will be a constant fight over budgeting and fiscal priorities.

Already more than once, student groups and student programming have been placed on the chopping block and lashed out for support.  Unfortunately, the very funding sources to whom they appeal face budget cuts of their own.  Now more than ever, those who control university and student dollars must practice competence and fiscal discipline to get through the rough stretch ahead.

It won’t be easy, and hard choices will need to be made.  In fact, heading into tough times, the ASSU has demonstrated a complete inability to effectively manage student dollars.

That’s saying something, because even if the ASSU does nothing else, it has responsibility for funding student groups. Just last year, the Undergraduate Senate overspent its budget by $112,000. The Senate also takes the first look at student group budgets that apply for Special Fees. Even though students vote to approve Special Fees in spring elections, the share per student has risen from $80 each quarter to $120 over just a few years. One well-connected student leader once speculated that students would finally revolt and start rejecting groups once special fees broke $100 a quarter. Not so. Now this same office, the Senate, that showed such little restraint before must decide how to fund groups and events in the face of today’s cuts.

The unique challenges posed by such a cash-strapped environment manifested itself as early as the final Senate meeting of last year.  Due to budget cuts, the O-Show during New Student Orientation faced elimination.  Despite no ASSU precedent to fund such an event, the Senate made an exception to allow an NSO tradition to continue.  While we will not argue the merits of saving O-Show, the action dangerously set an example for other groups to come to the Senate as Stanford’s funder of last resort.

On October 6, the Junior Class Presidents were the next group to petition the Senate, because the funds were not there to throw Mausoleum Party (see Nick Mascarenhas’s article in this issue).  Again, we will not debate the merits of saving Mausoleum Party, but we will ask what’s next and where does it stop.  The Senate faces cut of its own; against which student groups seeking regular funding will it be borrowing (stealing?) when the next event asks for a bailout?

In addition to proactively considering future funding requests, the ASSU must also review past spending practices.  For example, the Wellness Room rightfully came under fire last year for its $5000 budget and prime location despite providing no meaningful services.  This year, the Wellness Room is back and asking for more money in return for better performance (see Jordan Carr’s article). These practices make no fiscal sense and must end.

We’ve already seen outbursts from individual group’s budget cuts; look no further than last year’s protests over community center cuts (see Jean Paul Blanchard’s update).  Unfortunately, all student groups need to recognize that everyone, not just themselves, are struggling with budget cuts.  We implore all students and student leaders to demand and pay vigilant attention to competent spending practices during these tough times.  At The Stanford Review, we promise we will be. 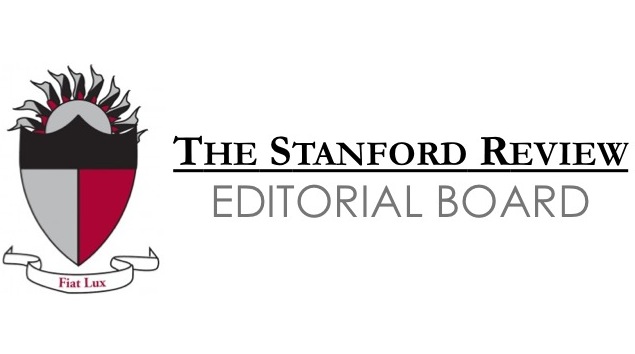