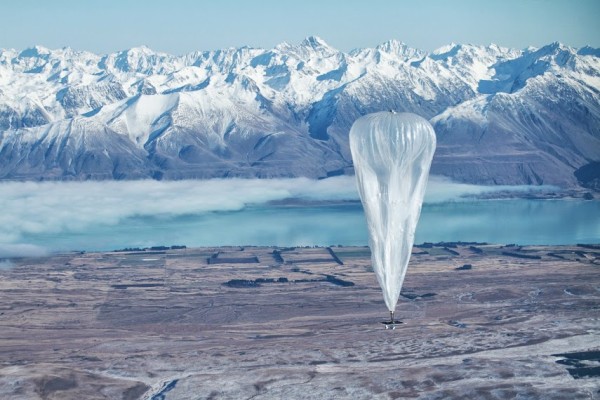 What would your life be like without the luxuries of the Internet? That is the life of the two-thirds of the world’s population that does not yet have Internet access. Google believes it’s time for that to change. Project Loon is a recently released project at the Google[x] division, a mostly secret group at Google focused on radical innovations such as self-driving cars, space elevators, and robotic avatars, among many others.

Project Loon aims to bring Internet access to the entire world through a network of balloons traveling on the edge of space. The technology involves balloons floating in the stratosphere, a layer of the earth’s atmosphere twice as high as where airplanes fly and weather occurs. The stratosphere is the perfect spot for Google, because the many layers of wind allow balloons to rise and descend into different layers of the wind currents as needed. As long as people have a special Internet antenna attached to their building, they can connect to the network of balloons. The signal from the antenna will bounce up to the network of balloons, and, from there, down to global Internet on Earth.

But what happens when 100% of the world has Internet access but people in those rural and remote areas do not have devices to use the Internet? In a recent interview with Kathy Cooper from the Project Loon’s go-to-market team, Kathy said, “a world who is connected 100% though the Internet will be more efficient.” Kathy elaborated by saying that initiatives such as education, financial infrastructure through micro-loans, medical attention, and normal communication would become more efficient as many of those initiatives require a reliable Internet source. Organizations around the world are trying to make many of these initiatives possible in different parts of the world, and Google believes that having a platform that these organizations can rely on will help them succeed faster. Project Loon is not concerned with how this network of balloons will be used because they remain agnostic to the end use case. Their goal is simply to build a platform, and according to Kathy “let it be used how people think it will be most valuable to them”.

Kathy outlines that, before this is possible, there are many challenges and questions the team must address moving forward. A big question is the number of balloons it will take. According to Kathy, the number of balloons is dependent on parameters that will determine efficiency (e.g. ocean signals, balloon ranges at different altitudes, etc.). However, until they don’t have these pinned down, they won’t have a concrete number of balloons. Another issue is that these balloons can’t stay up in the stratosphere forever. As one comes down, another has to go up to replace it, which raises two issues: how long they can stay in the sky and whether or not they are reusable. The team hopes to build reusable balloons and is currently working on a balloon design for a balloon that could last for over 100 days at a time in the stratosphere. These pressing questions will hopefully be answered through further testing.

Even though they claim it’s too early to say, once a complete network of balloons is built, the go-to-market team takes on the next big question. Kathy describes their role as “bringing to individuals the breakthrough technology the Project Loon team has been working on.” According to Kathy, being on the go-to-market team requires curiosity, creativity, and self-directedness because of how open-ended the role is. For instance, Kathy is currently working on a comic book style installation guide for the antennas so that no matter what language a person speaks, they should be able to install the antenna to their building with the installation guide.

However, her role isn’t the only open-ended one on the Project Loon team. As Kathy describes some of the other members of the team, she highlights that even though they are working with balloons, they have no ballooning specialists on the team. Rather, they prefer to compose the team with people who are both creative and builders of all sorts, both engineers and non-engineers. The team is composed of engineers, carpenters, and even fashion designers.

Clearly, radical innovations require radical teams. Project Loon started at Google, and many of the key developers started right here at Stanford. Kathy graduated from Stanford in 2009 with a degree in Civil Engineering and is currently a part-time Masters student here studying Internet computing and theoretical computer science.

In 2013, this radical team took the first steps in changing the world through its first experimental pilot in New Zealand, where thirty balloons were flown and then tested by a small group to show that balloon based Internet could both work and was viable. The results of the pilot test have been used to improve the technology. With refinements continuously being made to both the balloons and the process, the Loon technology is now being tested through research flights in California’s Central Valley, with the goal in 2014 being efficiency.