Post-acceptance into Stanford I basked in the proud glory that I had gotten accepted into one of the best schools in the world. I was good enough. Most of my friends and family were proud. I say most, because there were several that had their own opinions about my acceptance. 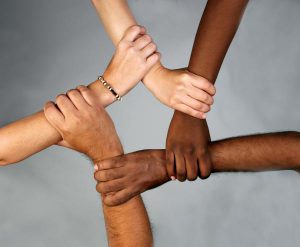 Just after she heard the good news, my aunt visited my family and me from across the country. She expressed her deepest congratulations and gave me the reassurance that I was going to do great things with my educational career. But, she had another story to tell. She proceeded to describe how after she found out, she set out to tell the rest of my distant family. She had pulled out a photo and explained to my cousin (whom I have never met) that his cousin had been accepted into Stanford University in California. His response, “Wow! What sport does he play?”

…I do not play a sport at Stanford.

And back at school, other students liked to “joke” how I only got into Stanford “because I am black.”

The color of my skin immediately gave my acceptance an asterisk, footnoting that there must be more to the story than just, he was smart enough to get into Stanford. My cousin accredited a black student’s acceptance into a top school with sports. Other students at my high school gave my acceptance the same asterisk, attributing my acceptance to being a member of a minority group. Regardless of how smart or talented I may have been, many people simplified my acceptance down to skin color because of racial stereotypes.

Acceptance into a school like Stanford should be based on one’s merit and background. But background does not intrinsically mean race. I am African-American and was born and raised in a relatively diverse, middle-class society. Most people would say I am “white-washed.” I did not have any particular misfortunes to overcome associated with my race, and for me, the stereotypes associated with the color of my skin were not present in my household while growing up. So why should the color of my skin be considered in whether or not I am accepted to Stanford?

If an applicant has some sort of extenuating circumstance that truly affected their lifestyle, then yes, that should be considered in the application process. Even if that adversary is associated with race or ethnicity. However, race alone is not a valid enough reason to give preference to one applicant over another. Many minority students grew up in a socioeconomic position similar to mine, and the fact that we are minorities did not have an effect on our ability to achieve excellence in high school. Minority students are not weaker than others, but a policy such as Affirmative Action perpetuates the assertion that minority students are indeed less apt and need more help to get into college.

Affirmative Action was created to safeguard applicants from discrimination based on race or gender. The policy also has a goal of creating a diverse atmosphere on campus and in the workplace. We live in a globalized world, so exposure to all sorts of people and cultures is necessary. Stanford is very diverse and does a good job of bringing the best and brightest students from around the world. But, as I’m sure many have noticed, the diverse student body is once again segregated within campus. There is separation among student ethnic groups on campus in various forms: through ethnic organizations, themed houses, etc. And it makes sense; many people like to hang out with others who share similar outlooks, speak a common language, or simply look the same. But rather than employ a tool such as Affirmative Action which supposedly supports diversity and then proceed to allow segregation of students on campus, maybe Stanford should spend time creating ways to integrate more diverse interaction among the ethnicities and races already represented.

To all minority students, I ask you: How many times did you hear: “Oh you got in because you’re [insert minority race here]” when you were accepted into Stanford? Acceptance into Stanford is a culmination of all the hard work and effort you put in up until senior year of high school. But now, because of Affirmative Action, it will always have an asterisk.