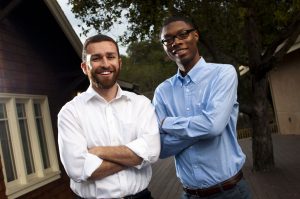 As yet another election season draws near, the Stanford community is left evaluating the performance of the past ASSU Executive, and asking ourselves: what exactly can we expect of the ASSU? What can an ASSU executive achieve that will fundamentally alter our Stanford experience, and revolutionize how this school is run?

To be completely honest, we have come to realize that no ASSU will ever significantly re-create the Stanford experience in a different image. The most we can hope for from the ASSU are subtle improvements to how students are empowered and represented, and changes or additions to student life and academic experience that our community could really appreciate. This is not to disparage the efforts of ASSU senators, executives, and affiliates, but rather to state that the ASSU can best serve the student body when it recognizes its inherent limits as the representative body within a private institution, and works within those limits to leave a heavy footprint on this campus.

This is why the Stanford Review has chosen to endorse Robbie Zimbroff and Will Wagstaff for the ASSU executive for the academic year 2012-2013.

Zimbroff-Wagstaff have a refreshing approach to the ASSU: one grounded in reality and responsibility, and not in vague, unattainable targets and lofty ideas. “The last place we would come if this were about the ego for us is the ASSU; there are plenty of other venues to better serve one’s narcissism than student government if you plan on getting anything done,” they told the Review, “our campaign is about a philosophy of using common sense in student government.”

So far, we have reason to believe that this simple yet effective idea is not just an empty promise. For example, their approach to appropriations policies is one that we can applaud. “We don’t need to spend money ‘just because’ we have it,” they made clear, “there needs to be a cleaner process for making sure the money being allocated is being spent well. The reason Blackfest got a $40,000 loan and Stanford Concert Network got $35,000 without any stipulations from the buffer fund doesn’t make sense to us.”

To understand what one can do with the ASSU’s financial resources is incredibly important, especially in light of the activities and undertakings of the last executive. It must be kept in mind that this money should be used for Stanford and all Stanford students, not the student government. We believe that with a more conservative approach to spending, Zimbroff-Wagstaff can more effectively ensure an optimal and fair allocation.

Zimbroff-Wagstaff seem likely to also salvaged failed ASSU initiatives, such as wellness. As Resident Assistants, they respect institutions already in place. This implies an understanding that improving an aspect of the student experience does not necessarily entail creating a whole new cabinet position, but can be done far more easily. In their own words: “we know there are so many existing resources on campus to help students with issues of mental health and wellness, so there is no need for the ASSU to re-invent the wheel.”

Zimbroff-Wagstaff have learned about the Stanford experience by being incredibly involved in communities within Stanford, ranging from ethnic societies to the residential life. While all slates are expected to gather information and ideas from the larger student body, it is reassuring to know that there are candidates whose fundamental understanding of what it means to be a Stanford students is derived from many representative communities, and not simply the student government. This is what motivates them to propose some simple platforms, such as inviting food trucks on Escondido Road, and advocating for more community involvement in Stanford’s graduate schools- low cost, achievable ideas that Stanford students can appreciate, not reckless ideas with low buy-in and imminent failure.

Throughout our interactions with executive slates, we have found that only Zimbroff-Wagstaff shine through as a real team. They do not seem to have a clear power structure, but rather are very relaxed about appearing in the spotlight, and bounce ideas off each other very well. It is our hope that as the ASSU executive next year, they will continue to put their responsibilities before unnecessary squabbles over status and popularity.