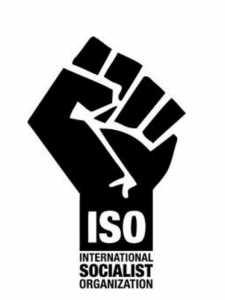 On Tuesday night, the Stanford chapter of the International Socialist Organization kicked off 2016 with a talk from Paul D’Amato, associate editor of the International Socialist Review and author of The Meaning of Marxism. The talk was structured into two parts: the shifting public mood on socialism with the rise of candidates like Bernie Sanders and the role of organizations like the ISO in promoting the growth of socialism.

On the shifting public mood on socialism, D’Arnato cited a statistic recently publicized by the Washington Post: 43% of Iowa Caucus voters would identify themselves as socialist. He pointed to Black Lives Matter protests across the county and the efforts of Fossil Free Stanford locally as evidence of a growing national anger at America’s capitalist system. He, and many others in the room that night, saw Sanders as a promising step in the right direction, but D’Amato evoked the words of former Nixon strategist Kevin Phillips in expressing his disappointment in Sanders joining ‘history’s second-most enthusiastic capitalist party.’

From this, D’Arnato moved on to define the role of an organization like ISO within the confines of the American political system. D’Arnato painted the role of organizations like the ISO not as leaders themselves, but as fire-stokers, relishing the prospect of the radicalization of the working class. A Eugene Debs quote mentioned during the talk captured the spirit of this segment of the presentation: “If you are looking for a Moses to lead you out of this capitalist wilderness, you will stay right where you are.” Another role of ISO became apparent in the discussion following the talk, when the question was raised on how to encourage radicalization without promoting xenophobia. All of the answers had a fiery competitiveness to them, painting socialist organizations as the vanguard against nativist ideals. One member of the ISO mentioned how it is necessary to ‘be bigger than [nativist organizations], to talk more than them, to spread our message to a wider audience than them.’

Stanford ISO, and ISO as a whole, is fighting a battle that moderates will not notice initially. They are fighting for influence over the angry and the slighted. They are fighting a battle over the vote of radical Americans, a segment of the American population which grows larger as America becomes more politically polarized. More interesting than the talk itself was the composition of people at the meeting: undergraduate students, graduate students, ISO members local to the Bay Area, and local community members were all present. All of these people appeared incredibly genuine in their participation and desire for a more equal society. But they also willingly and enthusiastically adopt Marxist language in describing their goals and ideals, stating that radicalization and revolution are both good and necessary to form a truly moral society. Zeal is charismatic, and it is hard to not wish these individuals success in their general endeavor to achieve justice and greater equality. All the same, one hopes that their violent rhetoric remains within the confines of metaphor and theory.