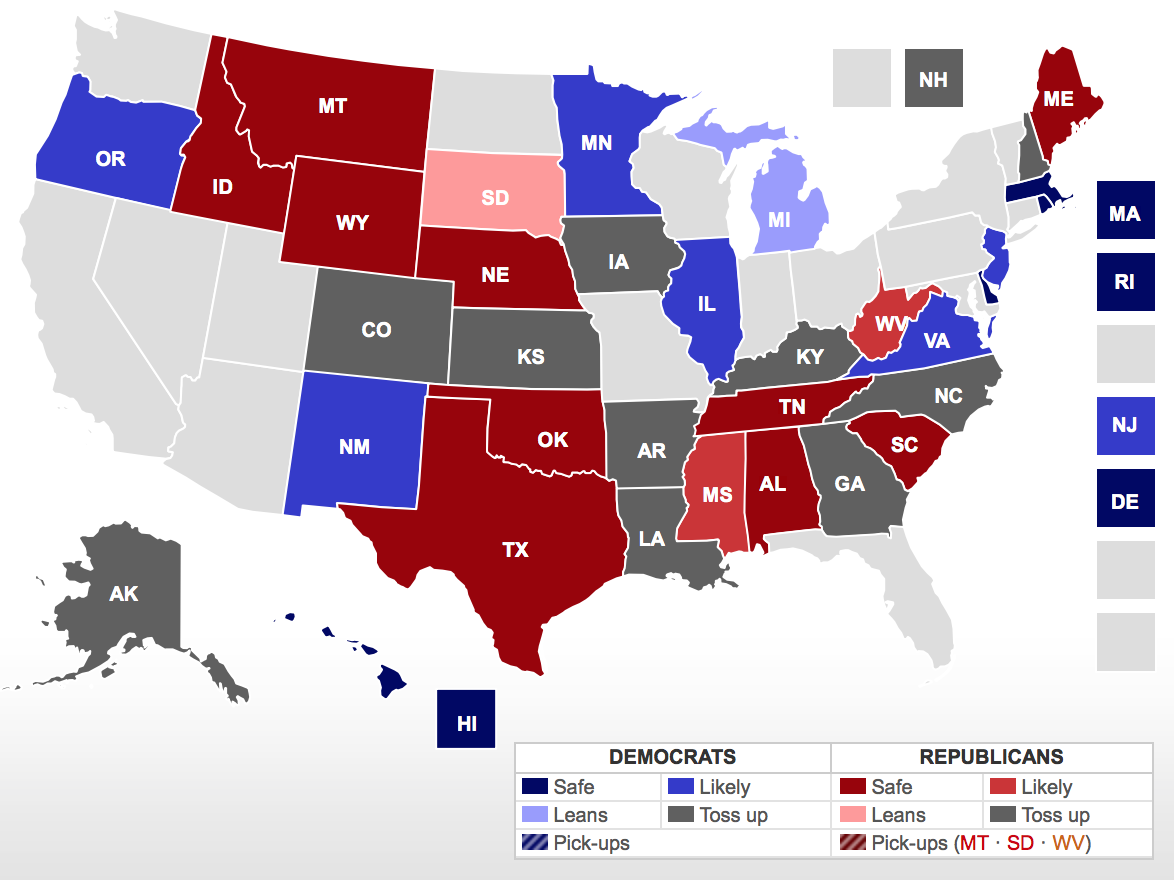 Despite the fact that the 2014 midterm elections are less than a month away, the only forum for on-campus political discussion seems to be POLISCI 57E, Stanford’s eight-week State of the Union class offered this fall. The United States midterm elections may not seem as important as presidential elections, but historically, they have been capable of heavily strengthening or moderating the president’s political and legislative power. This November, all 435 House of Representative seats and 36 of the 100 Senate seats will be up for grabs.

While the Republican party is expected to keep their firm grip in the House in this round of elections, the Senate, currently composed of 53 Democrats, 45 Republicans, and 2 independents, has shown signs of switching partisan control. If Republicans take control of the Senate, President Obama’s legislative power would be dramatically altered: he would have to modify legislation to have much more bipartisan appeal if he wants to make legislative progress in his last two years. However, as President Obama’s pollster, Joel Benenson, noted in Stanford’s State of the Union class last week, the United States demographic is shifting towards minority groups that have historically favored the Democratic Party. Though Stanford students often shy away from making generalizations about the behaviors of demographic groups, this type of analysis is critical for any political party to gain new voters in communities that otherwise support a single party. The shifting demographic means that even if the 2014 midterm elections lead to a Republican Senate, the Republican Party may only have a short window of opportunity to prove it can ratify bipartisan legislation.

There is a historical relationship between presidential approval ratings and the president’s party performance in the midterm elections. With President Barack Obama’s high disapproval rating (currently hovering at 54 percent), Republicans see an opportunity to achieve the net gain of 6 seats required for a Senate majority.

While flipping 6 of the current 21 Democrat-held seats may seem aggressive, it is important to consider the trends of past elections. In 1958, Republican President Dwight Eisenhower had an approval rating of 48 percent, 10 percentage points better than President Obama’s approval rating as of September. During the 1958 midterm elections, the Democratic party gained 13 existing Senate seats and the 2 newly-created seats of Alaska. Given this 15-seat loss occurred during a relatively popular presidency, a 6 seat switch may seem more plausible for the Republican Party. Even as recently as the 2010 midterm elections, the Republican Party gained 6 Senate seats.

There are a few states that the Republican Party is targeting to pick up these six seats. States predicted as “tossups” for 2014 include Arkansas, Alaska, Georgia, Kentucky, Louisiana, and North Carolina. Five of these tossup states, Kentucky excluded, are currently held by Democrats in traditionally red states who were elected at the same time as Obama in 2008.

In Arkansas, for example, Republican Senate candidate Tom Cotton has used President Obama’s lackluster approval ratings as a way to demonize his Democrat opponent and current incumbent, Mark Pryor. Cotton rallied Arkansas Republicans by suggesting that a win in the swing state could make noticeable differences in the outcome of President Obama’s last two years in office: “We have a chance here in Arkansas not only to turn around our state, but to turn around our country.”

Alaska has also appeared as an opportunity for Republicans to steal a seat in the Senate. Democratic Senator Mark Begich appeared to be ahead by a substantial 5 percent in polls as recently as early September, but in the last three weeks, Republican challenger Dan Sullivan has made significant gains, and now shows a 5-point lead over Begich. Sullivan is running on a platform of opposition to Obamacare and increased natural energy production.

**
**Will a Republican-controlled Senate mean continued stagnation in Washington? Ruth Marcus, an op-ed columnist for The Washington Post, suggested during Stanford’s State of the Union class that Republicans having control of both chambers may actually promote progress: “The Republicans in Senate will realize their majority is a very tenuous majority, not just in the number…but also in the timeframe they will have it. We’ve got to prove to those folks who elected us that we can get something done, and not just stop things.” However, her viewpoint may be too optimistic, as it assumes that Republicans are willing to compromise on key legislative issues. If Republicans gain control of Congress, it may be one of their last opportunities to reunite the divisions within the party and reconsider their platform’s focus.

The History of Buying Your Way Into Office