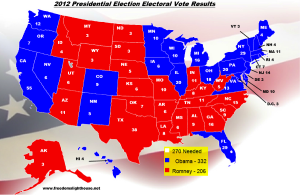 Last Tuesday was a reassuring day for our 225 year-old democracy. Regardless of your politics or the results, there is an undeniable pleasure to participating in Election Day. We are especially encouraged by early reports that voter turnout for young adults was higher this year than it was in 2008 – a sign that America’s next generation of leaders continues to be invested in the future of our nation. America faces a tough economic climate and a changing world, but it appears that Stanford students are ready to carry the torch of liberty on its next lap.

Although the amount of interest in this year’s election was welcome, we were disappointed by the political culture that developed on campus. There were too many times during this fall when presidential politics began to feel like a football game. Academia should be a forum for the open exchange of ideas, not a platform for partisanship bickering.

Most American citizens don’t have adequate time to study the issues. The realities of employment, family, and bills prevent them from doing the necessary background work to be a participant in the national discussion held before every election. For these people, politics are an afterthought.

Stanford students have both the space and the time necessary to properly educate themselves on the biggest issues facing America. Theoretically, the university functions as a place where young adults can explore new ideas and reevaluate the biases of their up bringing. Regretfully, Stanford was all too often host this election season to blind partisanship, personal attacks, and poorly developed political attitudes.

The problems with Stanford’s political culture were on display when there was a screening of the second political debate at CEMEX Auditorium. The crowd frequently erupted in applause and laughter, making it difficult to hear the subsequent point. This is surely not how educated, open-minded Stanford students should behave.

On another note, we would like to applaud the efforts of Rob Reich, Jim Steyer, and David Kennedy, the professors who taught this quarter’s class, “Election 2012.” The trio invited a balanced list of guest panelists and succeeded in fostering an educational, sophisticated discussion.

The Stanford Review does not intend to suggest that students should not have strongly held political opinions. By all means, we encourage the responsible development of personal convictions. However, we believe that these convictions will be useless if they have not been subject to rigorous scrutiny. Too many times this election season we found ourselves asking “Why?” We were alarmed by how shallow and superficial many student’s beliefs were.

We were especially disappointed by the personal nature of attacks on President Obama and Governor Romney. If you don’t agree with a candidate’s policies, that is fair. However, it is doing a disservice to oneself to allow a serious conversation about the future of our country turn into a series of slander and jokes. America was too willing this year to let a serious and necessary conversation about the election turn into a game of “he said, she said.” We were disappointed that Stanford bought into this entertaining, but debilitating game. The Stanford Review believes that Stanford students, on all sides of the political spectrum, should be better than that.

On Tuesday night, fans in Boston and fans in Chicago gathered to root on their candidate. They waved flags, danced, and cheered for hours, hoping that their guy would win. At times, the whole ordeal felt more like a football game than an election, with CNN anchors tracking the score. Here at The Review we understand that there will be political fans. But we also encourage Stanford students to explore their own personal beliefs. If you’re a conservative, reading some Paul Krugman might broaden your perspective and give you more clarity on your own beliefs. If you’re a liberal, Peggy Noonan could really inform your arguments. Either way, everyone should read Milton Friedman’s Capitalism & Freedom.

In 2016, or 2020, or 2024, you might be one of those fans cheering at a presidential victory party, and that’s fine with us. All we are asking is that you have responsible understanding and good reason for wearing your shirt, red or blue.