Spearheading a humanitarian non-profit might not be too unusual for a Stanford MBA – but Spirit of America,  founded by **Jim Hake, MBA ’83, **adds something extra.

a former yoga student who had spent years investigating human rights abuses in El Salvador and spreading technology to developing countries in Africa.

Yet interestingly, Hake came to develop an

Hake had — as you might expect from a man with a Stanford MBA — spent months researching the subject before deciding that the U.S. invasion of Iraq was “the right thing for our country to do.”

Of course, this was back in 2003 – back when, according to CNN.com, 83% of Americans expressed confidence in our decision to invade Iraq.   (Yes, there was a time when that was the case…  Hindsight bias, anyone?)

Anyway, Hake decided to help our troops fight the War on Terror in a very Stanfordesqe, humanitarian way.  Like many humanitarian aid groups, Spirit of America helps improve the health, education, and quality of life of poor, rural  international populations – typically by investing in these populations’ futures and helping them become more self-sufficient.  Yet Spirit of America focuses specifically on populations in war zones – and the grassroots humanitarian projects it funds are run by individual, U.S. military volunteers.

It was all inspired by the story of Special Forces Sergeant Jay Smith and his wife, Dianna, [who began a baseball league – to the great delight of the local boys – in the remote Afghan village of Orgun-e](http://www.spiritofamerica.net/site/home/story_beginning).   Through baseball – as well as school supplies and a genuine desire to help the local villagers – the U.S. troops were able to form a close bond with the community of Orgun-e.

Not only did this relationship help improve the villagers’ quality of life, but it ended up saving U.S. troops’ lives.  One night, a member of Al Qaeda snuck into the village from neighboring Pakistan and launched a rocket attack on U.S. troops.   In response, the villagers of Orgun-e formed a “community watch,” patrolling the village area at night to help protect American soldiers – and the rocket attacks stopped.

Hake, meanwhile, didn’t stop at fundraising for Sergeant Smith’s baseball campaign.  Hake went on to fund humanitarian projects all over the region, raising over $12 million in the last five years.  Some of Spirit of America’s projects include advancing literacy among adults in Afghanistan, providing radios to civilians, so that they can listen to world news without the dangerous propaganda of the Taliban and Al-Jazeera,  and presenting musical instruments to populations that had been deprived of music for years under the Taliban – but which are now free, once again, to play.

By undertaking such projects, American troops invest in the future and well-being of native civilian populations.  By offering heartfelt gifts, they gain civilians’ trust and show that we are there to help.  By educating oppressed (or formerly oppressed) populations – and giving them access to unadulterated world news – they empower them to defend their rights.  And by providing the youth with constructive outlets for their energy and ambition – from baseball to Iraqi Boy & Girl Scouts programs, which had formerly been corrupted by the Hussein regime, but now once again promote good character and leadership in young Iraqis – we help ensure that terrorist regimes have fewer lost souls to capture and lead in violent crusades against the Western World.

Now, liberal or conservative, what’s not to love in a campaign like that?

Stonewalled Book Review: “My Fight for Truth Against the Forces of Obstruction, Intimidation and Harassment in Obama’s Washington”

The Problem with Torture

America the Liberator: The US Military’s Disturbing Playbook for Suppressing Popular Uprisings 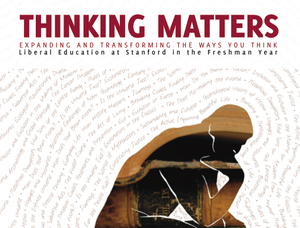