The NSA has been covertly implanting interception tools in US servers heading overseas – even though the US government has warned against using Chinese technology for the same reasons, says Glenn Greenwald, in an extract from his new book about the Snowden affair, No Place to Hide 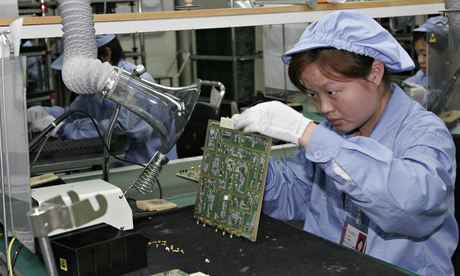 For years, the US government loudly warned the world that Chinese routers and other internet devices pose a “threat” because they are built with backdoor surveillance functionality that gives the Chinese government the ability to spy on anyone using them. Yet what the NSA’s documents show is that Americans have been engaged in precisely the activity that the US accused the Chinese of doing.

The Rogers committee voiced fears that the two companies were enabling Chinese state surveillance, although it acknowledged that it had obtained no actual evidence that the firms had implanted their routers and other systems with surveillance devices. Nonetheless, it cited the failure of those companies to cooperate and urged US firms to avoid purchasing their products: “Private-sector entities in the United States are strongly encouraged to consider the long-term security risks associated with doing business with either ZTE or Huawei for equipment or services. US network providers and systems developers are strongly encouraged to seek other vendors for their projects. Based on available classified and unclassified information, Huawei and ZTE cannot be trusted to be free of foreign state influence and thus pose a security threat to the United States and to our systems.”

The constant accusations became such a burden that Ren Zhengfei, the 69-year-old founder and CEO of Huawei, announced in November 2013 that the company was abandoning the US market. As Foreign Policy reported, Zhengfei told a French newspaper: “‘If Huawei gets in the middle of US-China relations,’ and causes problems, ‘it’s not worth it’.”

But while American companies were being warned away from supposedly untrustworthy Chinese routers, foreign organisations would have been well advised to beware of American-made ones. A June 2010 report from the head of the NSA’s Access and Target Development department is shockingly explicit. The NSA routinely receives – or intercepts – routers, servers, and other computer network devices being exported from the US before they are delivered to the international customers.

The agency then implants backdoor surveillance tools, repackages the devices with a factory seal, and sends them on. The NSA thus gains access to entire networks and all their users. The document gleefully observes that some “SIGINT tradecraft … is very hands-on (literally!)”.

Eventually, the implanted device connects back to the NSA. The report continues: “In one recent case, after several months a beacon implanted through supply-chain interdiction called back to the NSA covert infrastructure. This call back provided us access to further exploit the device and survey the network.”

It is quite possible that Chinese firms are implanting surveillance mechanisms in their network devices. But the US is certainly doing the same.

Warning the world about Chinese surveillance could have been one of the motives behind the US government’s claims that Chinese devices cannot be trusted. But an equally important motive seems to have been preventing Chinese devices from supplanting American-made ones, which would have limited the NSA’s own reach. In other words, Chinese routers and servers represent not only economic competition but also surveillance competition… Read more from The Guardian.