Imagine the typical Stanford progressive: Dark lighting, people laughing and having a good time. The smell of beer and body fluids 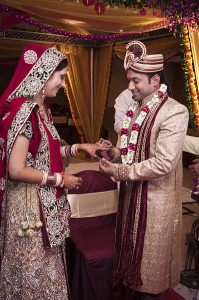 permanently embedded into the carpets (who puts carpeting in fraternities?). The walls, sticky from the popping of André bottles and the adhesive of elaborate paper decorations. Consider for a moment those decorations. This is where the typical fraternity progressive has the potential to get awkward. To a group of Stanford fratstars looking just looking to have a good time, the theme seems innocent enough, yet unfortunately one station presents an uncomfortable situation: Paper bricks line the walls, cleverly forming a miniature Great Wall of China. Fine, right? Almost, until one notices that the station’s beverage is a sake bomb. Sake, of course, is from Japan. The Great Wall of China on the other hand, well, is in China. Not a move that many people would call delicate.

Recently, the Greek system has come under fire for a few of its party themes. “Sakeoke,” a night of sake bombs and a rousing session of karaoke is one of the few events with an ethnic connection left unscrutinized. However, “Indian Wedding,” a progressive put on by Sigma Nu and Pi Phi was heavily criticized, as was “Bar Mitzvah,” a progressive put on by Theta Delta Chi and Kappa Kappa Gamma. Labeled culturally-insensitive, politically incorrect, even colonialist, party themes like these are becoming a point of worry for a Greek scene already nervously looking over its shoulder for a university crackdown. (Think hard alcohol ban or a reversion to general alcohol policies resembling the draconian measures in place at other schools).

Criticism toward events like this raise important questions about where we should draw the line. “Indian Wedding” was organized by two Indian-American students, both of whom stated that they were intending to share their cultures with their respective Greek houses, despite the fact that they were viciously accused by third parties as “white privilege” looking to make a mockery of Indian tradition. The primary argument against events like Indian Wedding is that cultural celebration shouldn’t take the form of a party with alcohol. But do we really have the right to judge Indian-American students about the choices they make in celebrating their own culture? Especially when the primary voice of criticism does not identify as Indian? In this situation, who has the right to declare inauthenticity and intolerance?

The same criticism was leveled against “Bar Mitzvah,” an event that was organized by Jewish-American students.

It is unnerving that these parties have caused such a stir while the standard bro/ho parties in all their manifestations have gone completely unspoken against, even becoming increasingly popular. Ethnic-themed parties are receiving widespread criticism for cultural intolerance, even when the organizers are part of the ethnic tradition being celebrated. Yet at the same time, their primary critics are all too happy to don tight skirts and unbuttoned blouses for progressives like “CEOs and Office Hoes”—a theme that wholeheartedly celebrates the glass ceiling women continue to face in the workforce.

Holding any party with an ethnic theme merits critical thought about its cultural implications. But critics of these parties should not be so quick to assume that party organizers aren’t thinking about these things. Nor should critics who are not Indian-American, Jewish-American, or part of any other ethnic group assume they have more understanding of a particular cultural tradition than its own members. In fact, that is what is really culturally insensitive.

Regardless of how the university chooses to handle this, there will always be parties. And inevitably, new parties need new themes. Of course we can approach any situation and try to find something to be offended by, or we can take a new perspective. A party based on a cultural event, if done right, could not only be very fun but a fantastic learning experience for those involved. Parties are just ways to do something different. Participating in a different culture, even if it’s just pretend and not too serious, sounds like a great time.

Being Greek, maybe I have just been desensitized to cultural stereotypes, especially those involving wedding festivities. Unfortunately, these days wedding jokes aren’t the biggest problem that Greeks face.  I think that here at Stanford we have to keep the perspective that people are not trying to be derogatory, hateful, or insensitive. Throwing a mock Bar Mitzvah, where everyone is having a great time and participating in various activities is very different from holding a Neo-Nazi rally. Especially when its organizers are Jewish. Rather than insensitivity, our problem may be an oversensitivity that in itself becomes culturally problematic; keeping actual dialogue and growth from being achieved. I for one would rather see any number of fake Greek weddings thrown and plates broken to not have to see another “CEOs and Secretary Hoes” party. Maybe people would even learn a thing or two about Greece beyond its current fiscal crisis.