Here at the Review, we do not hang on every word the Daily prints about campus conservatives.  But when a scathing critique came recently from a self-identified conservative whom many of us count as a personal friend, it raised more than a few eyebrows.

On October 9, Shelley Gao published a column titled “The Problem with Campus Conservatives,” in which she enumerates a number of complaints.

“It is questionable,” Ms. Gao writes, “whether the Stanford conservative (oops! ‘Republican’) community is truly welcoming.  Antagonism is displayed towards individuals who refuse to fervently commit to GOP lines, and those who find such labels simplistic are often dismissed.”

This statement shocks me.  I know writers for the Review who are gay activists; I know others who voted for Barack Obama; I know another who supports greater restrictions on international trade.  These are hardly characteristics of unswerving adherents to GOP party lines.

Just to be sure, I asked contributors to this paper who all dissented from GOP party lines in various ways whether they agreed or disagreed with Ms. Gao’s statement—which I reprinted, split infinitive and all—that in the Stanford conservative community, “[a]ntagonism is displayed towards individuals who refuse to fervently commit to GOP lines.”

Even when offered anonymity, not a single respondent agreed, including the self-identified left-of-center independent, the pro-choice gay activist who supports Dianne Feinstein, and the foreign policy realist.

I think Review staff writer Yishai Kabaker put it best: “[It’s] funny, the Review has had a wide variety of opinions from libertarians to social conservatives to liberals.  My freshman year, we were the gayest publication on campus with four gay staff members…. I have never felt ostracized from the Review for being gay.  The same cannot be said about being conservative in the gay community.”

I have found other conservative groups to be equally diverse.  Indeed, at the last Stanford Conservative Society meeting, I enjoyed a vigorous debate with objectivist Matt Cook about the merits of religion in the public square.  Take another example: last year’s president of Stanford Students for Life self-identified as a non-religious liberal.

Ms. Gao suggests that fusionism is the “proscription for moving forward” for the national conservative movement.  I assume she meant “prescription.”  If she is right, then as far as I can tell conservative groups at Stanford are ahead of the curve.

All this makes me wonder where Ms. Gao acquired her mistaken impressions—which are apparently so powerful that she feels knowledgeable enough to comment on the campus environment when she herself is in Washington, D.C.  What happened—did she approach a conservative group only to be ostracized?

On the contrary, it seems the opposite has been true.  A Review editor informed me that the paper had offered Ms. Gao a post as a regular columnist, which she refused.  She then declined to take up a second invitation to write features on the conservative movement on campus, although the topic clearly interests her.

Maybe Ms. Gao simply prefers greater freedom to write on national issues.  Indeed, she blames the Review’s Stanford-centric policy for the lack of substance to the rhetoric of the campus right.  By focusing on campus news, she claims, we have “neglected to provide [our] followers with a good education.”

If our Stanford-centrism is indeed the reason Ms. Gao declined to write for the Review, then we respect that decision and wish her the best wherever she does choose to write.  However we feel obligated to point out that focusing on campus news and producing work of intellectual substance are not mutually exclusive.

If you don’t believe me, pick up this year’s issues of the Review.  Read Alex Katz’s article in Issue 1 on the acceptance of Frank Fukuyama as a senior fellow at Stanford’s Center on Democracy, Development, and the Rule of Law, in which he discusses the evolving neoconservative movement, the nature of soft power, and a Hegelian view of history.

Or read Kyle Huwa’s report in Issue 2 about a conservative reading group with strong Review affiliations.  It turns out Ms. Gao herself participated in this group; indeed, Huwa quotes her extensively, saying it “contributed a lot to [her] intellectual development.”  This makes her sudden accusation of intellectual bankruptcy rather puzzling.

Furthermore, I should point out the Review focuses on Stanford news because we are a Stanford newspaper.  Reporting campus events through a conservative lens is our niche; conservatism broadly defined might represent our perspective, but Stanford events comprise our comparative advantage.  If students wish to read exclusively national news through a conservative lens, then we presume (and hope) they will turn to Fox News or the Wall Street Journal before the Review.  We have neither the intention nor the resources to launch a competitive alternative.

Perhaps our friends at the Daily feel differently about their journalistic prowess.  However, if they really do wish to compete with the New York Times, they might start by correcting split infinitives and spelling errors. 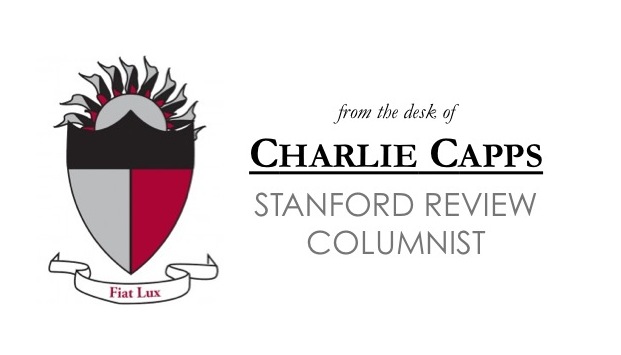