California Governor Jerry Brown has the chance to make some undocumented and illegal California residents’ dreams come true if he signs AB 131, the second part of the so-called California Dream Act. Passed through the State Assembly and Senate in the past weeks, it now sits on the Governor’s desk.

AB 131 passed the California State Senate on August 31 and the State Assembly on September 2. Should the bill become law, it would provide undocumented residents “with more education benefits than they have in any other state,” according to the New York Times.

The text in AB 131 would amend state education law to require the trustees, board of governors, or regents in charge of the various California public college systems to follow the new procedures. For undocumented students who qualify, universities would have “to establish procedures and forms that enable students to apply for, and participate in, all student aid programs…to the full extent permitted by federal law.”

The bill would provide financial aid in the form of community college district fee waivers, institutional aid from CSU and UC schools, and access to Cal Grants (which students do not need to pay back) for eligible undocumented residents. A Senate Appropriations Committee Fiscal Summary estimates the fiscal impact for the 2013-14 school year to be $13 million in Cal Grants, $7.5 to $15 million in fee waivers, and $11.4 to $12.2 million in institutional aid.

In the bill’s text, AB 131 refers to AB 540, signed into law in 2001, which allows undocumented residents to pay resident tuition, or be exempt from paying nonresident tuition. Anyone who qualifies for this AB 540 nonresident exemption would also qualify for the California Dream Act, as AB 130 and 131 both use those same qualifications.

AB 540 applies to students who have attended for at least three years and graduated from a California high school, registered at or attended an accredited California institution of higher education no earlier than the 2001-02 academic school year, and filed a “prescribed affidavit” if he or she is an “alien without lawful immigration status.”

Proponents of AB 131, such as the group, By Any Means Necessary (BAMN), which is a self-proclaimed coalition “to defend affirmative action, integration & immigration rights and fight for equality by any means necessary,” think of the bill as a step forward in the fight for equality and public education.

“Winning the California DREAM Act and AB 131 will take us so much closer to and strengthen our whole movement to defend public education,” Northern CA Coordinator for BAMN Yvette Felarca said.

“We are continuing to petition the Governor to demand that Jerry Brown sign AB 131 and live up to his campaign promises that he would sign the California DREAM Act if it hit his desk,” Felarca said. BAMN has sent almost 2000 petitions to Brown and is collecting more, according to Felarca.

An opponent of the bill, Assemblyman Tim Donnelly (R-Twin Peaks), calls the bill “absurd” and a “cruel hoax” for everyone involved. According to Donnelly, in a letter to Brown and in an opinion piece for the Daily Californian, it will cost the state tens of millions of dollars in a time when the UC and CSU school systems are facing 10 to 12 percent tuition hikes for students and budget cuts of more than $1 billion dollars.

“While I appreciate the value of education,” Donnelly writes to Brown, “arguments that this is an investment are, at best, misguided. Students who are in the country illegally cannot be legally employed in the State.”

UCLA Chancellor Gene Block and UC Berkley Chancellor Robert Birgeneau are both supporters of the California Dream Act, according to press releases from the two California institutions.

“The DREAM Act legislation for California is overdue, way overdue. It has my strongest support. Let’s get moving,” Block said, according to a UCLA press release.

“Without financial help,” Birgeneau said in a June press release, “their educational opportunities are compromised, and the state’s economy is apt to suffer as well.”

Stanford’s President John Hennessy was a strong supporter of the federal Development, Relief and Education for Alien Minors (DREAM) Act while it was in congress, a previous national level version of the California Dream Act. 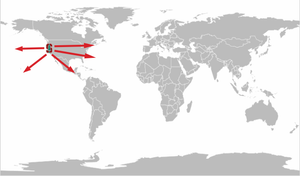