Despite collectively requesting 2.5 million in special fees for the coming year, $580,000 approved by the student body for student 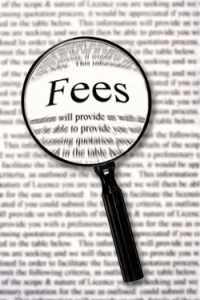 organizations went unspent last year. Now a total of $885,000 dollars of unused special fees sit in special reserve accounts for each VSO. These funds remain tied to the organization for which they were approved and cannot be refunded to the student body or even the ASSU.

According the ASSU By-Laws, if a group does not spend their fees according to the budget that the student body or ASSU approved, the leftover money passes to a reserve account for that group, at which point the group no longer has direct control over it. Instead, they must request special permission from the Undergraduate Senate and or Graduate Student Council in order to use funds from the reserve.

This is the norm, rather than the exception, according to Steven Trusheim ‘13 MS ‘14, the Assistant Financial Manager of the ASSU.

“Every group that’s had special fees for more than a year has a reserve account,” Trusheim said in an interview with the Review. The universality of reserve funds does not demonstrate intentional over-budgeting, but Trusheim did reflect, “I’ve heard a number of special fees financial officers state explicitly that they requested an amount of money so that they would have a reserve.”The reserve funds are undeniably advantageous to individual groups: instead of forfeiting money they do not spend according to their budget, the groups grow a pool of money to draw from for special occasions and emergencies on top of approved special fees.

This also, however, results in misleading and inaccurate budgets. Not only do groups not spend money according to their approved budgets, but the reserve fund also offers an alternate route to spend money in a way that was never approved in general elections. Though groups must have the request approved by the Undergraduate Senate or Graduate Student Council, in practice these requests are “almost always” accepted, though not always for the amount or exact purpose requested, Trusheim clarified. Last year, special fees groups spent approximately $470,000 from their reserve funds.

This quarter, the average number of students opting out of paying special fees for a given group more than doubled from 5.85% and 5.49% Fall and Winter quarters to 13.62% this Spring. Many speculate the availability of scripts to waive fees automatically, a process which previously required students to select the individual groups for which they wanted to waive fees, has popularized the money-saving option.

Despite drawing much criticism, the special fees process has been remarkably stable. Many efforts have been made to reform the system but they have historically been unsuccessful.

“The core principles behind Special Fees have not changed in 50 years,” Trusheim noted. The typically ambivalent student body will ultimately make the choice whether the declining emphasis on strict budgets and rising rate of special fee opt-outs will finally force a change to special fees.

This week, the ASSU will resume discussion of the Alternative Review Process (ARP), which defines Stanford’s judicial procedure for