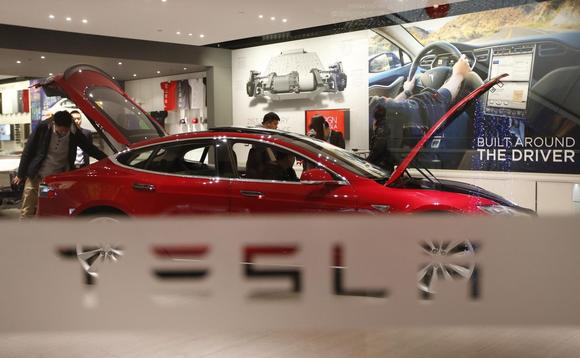 Since Tesla Motors rose to fame, it’s gotten other car monopolies sweating, fearing Tesla will eventually surpass them. On March 11, Governor Chris Christie under pressure by the Motor Vehicle Commission and Coalition of Automotive Retailers ended Tesla’s rights of direct sales in New Jersey. The ban on Tesla was due to take effect on April 1 but was postponed to April 15 to expand legislation amendments and procedures. Governor Christie initially promised that this enactment would be put to a vote of the elected state legislature. However, when it was obvious to the auto dealer coalition that they would lose due to public interests, they worked a backroom deal with the government to circumvent the legislative process, according to Tesla. This led to the successful passing of a law that is anticompetitive and a violation of the free market.

So far in New Jersey, Tesla has been selling cars directly at its two company-owned stores for 18 months. Every other auto company sells through independently-owned dealerships – a traditional business practice where experienced automobile deal-makers negotiate and influence sales decisions. Dealership associations across the country have been fighting to block Tesla’s direct sales for a long time; they argue that dealers offer car buyers competitive pricing and “consumer protections”, which can actually just be done by the car companies themselves. On the contrary, Tesla argues that it needs to sell its cars directly in their own method because dealers, especially in an age where fuel still dominates the industry, won’t do a well enough job explaining the advantages of electric-powered vehicles.

Additionally, the Triangle Business Journal poll found that 97 percent of people favor having cars being sold directly to customers as opposed to going through a traditional dealer; in the Austin Business Journal poll, 86 percent were in favor; with the Los Angeles Times poll, 99 percent responded likewise. According to Tesla’s founder Elon Musk, there has not been “a single poll that didn’t result in an overwhelming majority saying they preferred the direct [sales] model to the traditional dealer model.”Along with healthy signs of Tesla’s immense growth , they have also been rated as the most desired vehicles to purchase in the automobile marketplace. Consumer Reports conducts an annual survey of 1.1 million subscribers that factors in quality, reliability and customer satisfaction. Tesla Motors came out as the top overall pick of any car in the world, with a score of 99 out of 100, the highest score any car has ever received. By comparison, in the industry report card, Toyota received a 72, BMW a 66, and Ford a 50.

New Jersey is the third state to ban the practice of selling Tesla cars directly to consumers, following Arizona and Texas. Now people from New Jersey will only be able to complete a purchase at the nearest Tesla shop locations, which happens to be in Manhattan or Philadelphia. The stores will effectively transition to being Tesla galleries and exhibits, where all you can do is observe and ask customer inquiries excluding discussing prices or complete a sale. People will, however, still be able to order vehicles for delivery online.

Isn’t democracy supposed to reflect the will of the people? When a politician like Governor Christie acts in a behaviour so radically opposed to the people’s interests, the only explanation is that there are other reasons at play – the existing automobile industry is working with politics to shield themselves. Unfortunately, this kind of ploy backed by the government can be seen elsewhere and isn’t just affecting Tesla Motors.

Ride-sharing took a huge hit when the Seattle City Council voted to limit the number of drivers available for Uber, Lyft, SideCar, SilverCar and other on-demand and mobile-based transportation services. The city sided with the common taxi industry rather than allow newer transportation services to compete on their own merits because, like the Motor Vehicle Commission in New Jersey, the government wants to protect existing jobs and the traditional taxi regime. By enforcing that Lyft and Uber can have no more than 150 active drivers on each existing platform, this limits and restraints any competition to the city’s existing, expensive taxi empire. Uber and Lyft won’t be able to keep up with consumer demands, and Seattle will become a useless target market.

“It’s astounding that that the City Council has chosen to ignore the voices of nearly 30,000 constituents and move to put hundreds of drivers out of work. This fight is not over, and as we explore our options, we urge Mayor Murray to reject the anti-competitive and arbitrary caps that will slingshot Seattle’s transportation ecosystem back into the Dark Ages.”

To shed a better light on these issues, a valid problem to recognize here is concerns over economic distress due to technological disruptions. In an interview while speaking at Washington D.C. at the economic think tank The American Enterprise Institute, Bill Gates said that over the next 20 years one third of jobs will be replaced by “bots”, or tech in general. New Jersey and Seattle could reason that they’re not trying to protect monopolies, but instead protect existing jobs and the workforce for the betterment and safety of the economy.

I argue that we simply can’t ignore the Coming Transformation of our world, and that the era of technological disruption is inevitable. The way Seattle and New Jersey responded is completely in vain because it’s not a sustainable alternative. When the Industrial Revolution took over basic manual labor and practices like farming, mining, land and sea mobility, there was resistance that parallels the backlash to technological disruption today; the Luddites were 19th-century English textile artisans that protested against the innovative labour-saving machinery throughout the 1810s. However, those protests didn’t last forever and eventually society was pushed to adapt to the Industrial Era. In the 21st Century, we will do just the same and learn to survive, acclimate and conform in the Modern Era.

This fight between innovative technology and the status quo will never end; tech companies are constantly being suppressed by legislators aiming to undermine the successes of the free market. Fears of technology overtaking existing jobs and crippling monopolies are giving reasons for large corporations to protect themselves. Large traditional conglomerates want to remain powerful, and will do whatever means necessary –even side unrightfully with the government and rich politicians– to retain their status. These maneuvers are in vain, and our society will inevitably adapt to the shifting culture of the tech era.

Tesla will win out.

Reports and updates of the current status with proposals of amendments to New Jersey’s verdict can be found on one of Tesla’s recent furious blog post response to Governor Christie. If you also believe that your right to buy direct at a Tesla store should be restored, please contact your state senator & assemblyman: www.njleg.state.nj.us/districts/districtnumbers.asp.