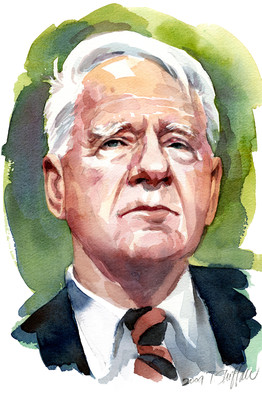 In Moscow this past week, President Obama and Russian President Dmitry Medvedev discussed once again the possibility of nuclear free world.

Stanford is, in some respects, at the center of the international movement to rid the world of nukes. The vision, originally formulated by Reagan and Gorbachev, has been reinvigorated in the past several years by Stanford and Hoover affiliated heavyweights: former Secretary of State George Shultz and former Secretary of Defense Bill Perry.

Joining former Secretary of State Henry Kissinger and former Senator Sam Nunn, Shultz and Perry have called for a nuclear free world in the pages of the Wall Street Journal, Hoover Digest, and more. All four leaders are former Cold Warrior-ers, leaders that once, to one degree or another, controlled the world’s fate. Nuclear apocalypse was not a distant abstraction, but a tangible result of policy, of miscommunication, or even an accident. These leaders know more than anyone, that a nuclear world will never be a safe world.

Or will it? In a recent Wall Street Journal article, former Secretary of Defense James Schlesinger (under Nixon and Ford) and Secretary of Energy (Carter), dessents from the Hoover crowd. And its a big time dissent.

Though Schlesinger is not a household name like Henry Kissinger or George Shultz, he is one America’s foremost nuclear strategists:

For nuclear strategists, Mr. Schlesinger is Yoda, the master of their universe . . . He has been studying the U.S. nuclear posture since the early 1960s, when he was at the RAND Corporation, a California think tank that often does research for the U.S. government. He’s the expert whom Defense Secretary Robert Gates called on last year to lead an investigation into the Air Force’s mishandling of nuclear weapons after nuclear-armed cruise missiles were mistakenly flown across the country on a B-52 and nuclear fuses were accidently shipped to Taiwan.

Mr. Schlesinger is a nuclear power realist. The US, in his estimation, still needs a means to deter. He explains:

“We will need a strong deterrent,” he finally says, “and that is measured at least in decades — in my judgment, in fact, more or less in perpetuity. The notion that we can abolish nuclear weapons reflects on a combination of American utopianism and American parochialism. . . . It’s like the [1929] Kellogg-Briand Pact renouncing war as an instrument of national policy . . . . It’s not based upon an understanding of reality.”

In other words: Go ahead and wish for a nuclear-free world, but pray that you don’t get what you wish for. A world without nukes would be even more dangerous than a world with them, Mr. Schlesinger argues.

He runs through many of the usual arguments about nuclear deterrence and the strategic ripples that run through the international system of the United States actually began to bleed dry its weapons stockpile.

But then takes its even further and argues that the United States should continue to modernize and add to its nuclear stockpile:

“I am worried about the reliability of the weapons . . . as time passes. Not this year, not next year, but as time passes and the stockpile ages.” There is a worry, too, about the “intellectual infrastructure,” he says, as Americans who know how to make nuclear weapons either retire or die. And he notes that the “physical infrastructure” is now “well over 60 years” old. Some of it “comes out of the Manhattan Project.” The U.S. is the only major nuclear power that is not modernizing its weapons. “The Russians have a shelf life for their weapons of about 10 years so they are continually replacing” them. The British and the French “stay up to date.” And the Chinese and the Indians “continue to add to their stockpiles.”

What do you think? Should the United States lead the charge toward a nuclear-free world? Or should we retain our power and the international stability it ensures?