Orientation weekend in Florence, Bing sent a psychologist to the center to explain culture shock as a psychological phenomenon with a step-by-step PowerPoint and worried eyebrows. I shrugged off her advice, believing that my traveling experience would ease me through any uncomfortable adjustments. I was wrong.

Like any textbook love affair, my relationship with this city of cobblestones and vino began in the Honeymoon Phase. I spent unusually sunny afternoons sketching by the Arno, got lost in skies of furious clouds backlit by blue-purple sunsets, and bragged about finagling my way onto the back of my host brother’s scooter.

I relished feeling cultured. I studied for class. I ate gelato like it was protein powder.

Uncomfortable cultural adjustments were ignored in favor of the daily four-course dinner with my host family. I learned how to soak up carbohydrates and began to schedule time into my morning for saying goodbye to my host parents. I learned you must take your umbrella or show up “looking like a drowned harassed rat.”

I accepted sundown as the end of all outdoor pursuits. Running was exhausting enough without also having to focus on not attracting male followers, ignoring the lingering eyes and taunts of “Ciao bella!” and dodging racing motorbikes that leapt through intersections. (As my host brother explained, “The stop lights are recommendations.”)

The Distress Phase slammed into me on the afternoon of the American consulate’s visit to our center. We were told of two separate cases of immigrant men sexually assaulting American students last year. 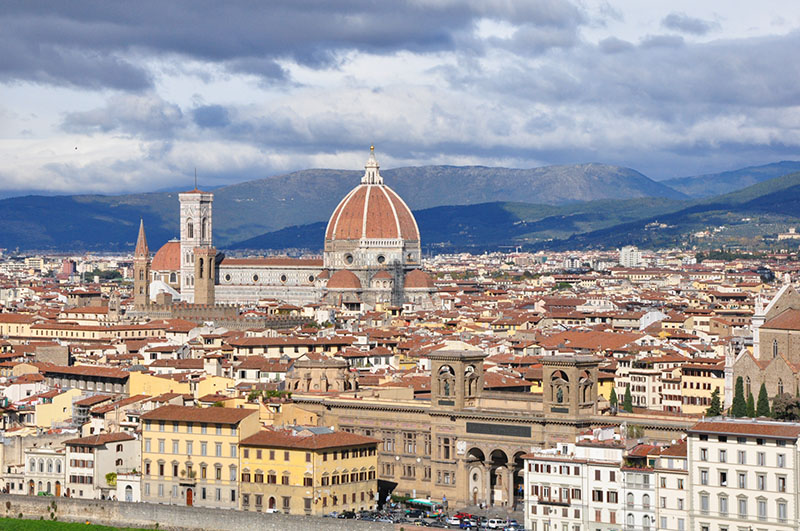 Both happened after sundown, and we were asked, “What could these girls have done differently?” The solution was to be wary of immigrants after dark, as if we could tell them apart just by their skin tone.

The undisguised victim blaming and engrained racism exposed layers of cultural discomfort I had hidden beneath superficial exuberance over the Italian lifestyle.

The Distress Phase is best described as when differences suddenly turn negative and begin to hit like punches to the stomach. You feel out of place – even inadequate – within this new culture. To immerse would be to loose yourself, so you withdraw and romanticize a home away.

You dislike the way of life, the language, and the food. I missed my dogs. I wanted eggs for breakfast. I wanted to make eye contact with people on the street and wish elderly folks a good morning.

I have never idealized American culture, but I nurtured an idolistic love for California. I missed the curving foothills, the constancy of morning runners, and the self-expression of patterned rain boots. I could buy enough veggies for a week at the Milk Pail for the price of a half a mojito in Florence.

One week later – more specifically, two apertivos and a bomb film at the Odeon later (August: Osage County. Go watch it.) – I rekindled my love for Florence. This time it was less superficial, a deeper sort of re-integration. This time I didn’t grief over the loss of my Californian self, because I’d found an Italian self.

In the end, I learned that culture shock is as real for a freshperson on a college campus as it is for a studied traveler spending a semester abroad.

My advice is to take care of yourself first. Identify your needs and address them before stepping outside your comfort zone to meet people, fumble your way through a new culture, and gradually learn to compromise ways of living.

For me, joining the local rock climbing gym gave me both an escape from the overcrowded cobblestone roads and the sketchy nightlife and a community of friendly and welcoming Italians who were eager to teach me their moves.

Introducing yourself and making friends is the next step in integrating into a new culture. However social you may be, socializing alone can be stressful, and attaching to friends in a foreign place can be culturally isolating.

Making friends with locals is challenging but incredibly rewarding. Where else will you learn where the closest Laundromat is and where the secret bakeries of Florence are hidden?

In the meantime, keep an open mind.

I scoffed when I first learned that Italians believe coffee is the cure all. Stuffy nose, the flu, all you need is an espresso. Sore after working out? Have a coffee. Drank too much? Better make it a double.

So far, Italians seem to have gotten it right: this morning’s sore throat was gone as soon as I gulped down my first coffee before class.

I have come to appreciate the craziness of the Italian attitude to “Vai!”, or “Go!” no matter the difficulty (worse, hazards) of the situation.

My friends at the climbing gym tried to convince me to lead a route last Wednesday. “It’s very easy!” or so they argued, so it didn’t matter that I had only lead one other route and would be climbing above an unpadded cement floor.

Did I go for it? You bet I did. I My climb was a perfect metaphor for my first weeks here: I shook the whole way up, but I did it, and learned a bit of confidence on the way up.