Let’s not forget, that Mitt Romney actually attended Stanford University for his freshman year of college. Unfortunately, I don’t think this is enough to motivate Stanford students to support him in the general election.

In 1966, Romney and some other students held a protest on campus, not in opposition to the Vietnam War, but in support of the draft. Though they’re probably being used against him today, the photos below show a conservative willing to go against the mainstream in an era when such a position was very unpopular, an admirable act in my mind: 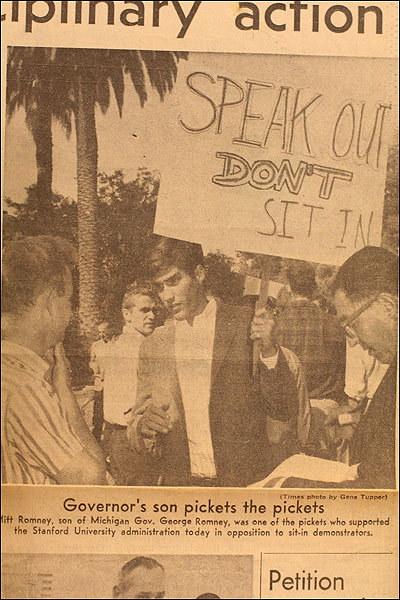